Apple’s latest flagship store in New York City’s Grand Central Terminal is set to finally open Friday at 9 AM. While we’ve seen multiple shots of the store’s covered exterior, and even a concept of what the interior will look like, we have yet to see Apple’s finished product on the inside.

Passed on by MacRumors, an interior shot of the Grand Central store reveals a beautiful Genius Bar with a woodgrain table.

One MacRumors reader has passed along a few recent photos of the interior of the store, showing that Apple is still putting the finishing touches on the store’s buildout including the typical wood tables that will allow customers to test out Apple’s products. One photo in particular shows a close-up view of the store’s Genius Bar, revealing the clear glass wall behind the bar that will provide customers will a relatively unobstructed view of the terminal’s stone walls behind. 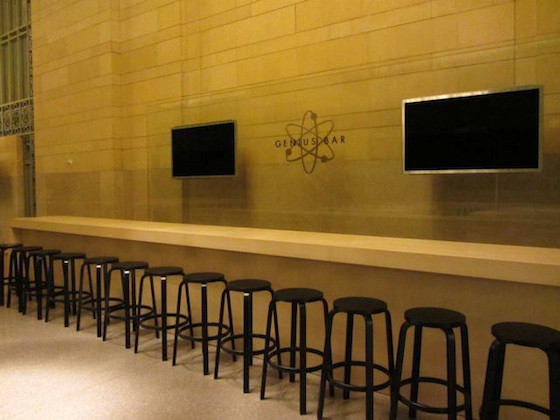 Apple has put up a dedicated webpage for its Grand Central store. When it opens, it will be Apple’s largest retail location in the world.