Steve Jobs has a penchant for ruthlessly killing off old technology. Throughout his career, Jobs has been celebrated for ditching dying technologies in favor of new: the command line (first Mac), the Floppy Disk (first iMac), SCSI drives, serial ports, dial-up modems, and FireWire on hard drives and iPods.

With Apple’s event yesterday Steve Jobs, went on a killing spree. Here’s eight technologies he gave the kiss of death to:

Hard Drives – The technology has advanced far enough to where Hard Drives are no longer relevant in comparison to the benefits of Solid State Drives. SSD’s or “Flash Storage” as Steve referred to them, are twice as fast, more compact, lighter, and have a higher storage to size ratio when compared to Hard Disk Drives. If the Macbook Air is the future of the Mac like Steve said, then Hard Drives are about to become extinct. 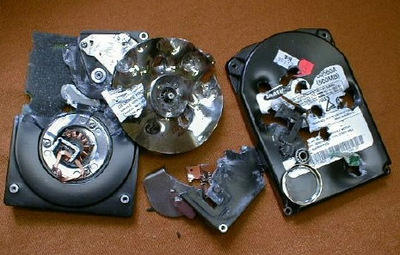 Shrink-Wrap Software – The days when you get software in a shrink-wrap box will soon be over. In fact, the word “applications” itself is in danger of extinction. With the rise of the iOS, “applications” have now become “apps.” And now there’s an App Store for the Mac, it’s only a matter of time before people forget that “apps” were “applications” that used to be stocked on store shelves. 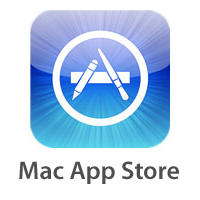 MacBook Pro – The MacBook Air is the future of the venerable MacBook line: Steve Jobs said so himself at Wednesday’s event: “We think all notebooks are going to be like these someday.” 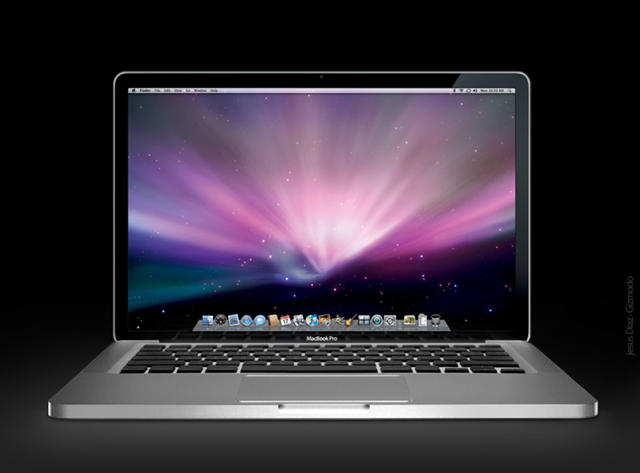 Online Software Portals – With the announcement of the Mac App Store, websites like Bodega, Download.com, and MacUpdate, will likely struggle as developers move over to Apple’s curated Mac App Store. While users will still have the option to install apps the old-fashioned way, the Mac App Store provides Mac users with a centralized location to find and install new software as well as keep track on updates for current apps. It’s going to be hard for those websites to provide better value than Apple’s homegrown product.

DVD Install Disks – Every new MacBook Air comes with a read-only OS X and iLife memory stick — not an old-fashioned DVD or CD. The new memory stick can not be reformatted, erased, or reused. With the addition of a centralized app store, the USB install drive is the only thing users need to get started with their Mac. 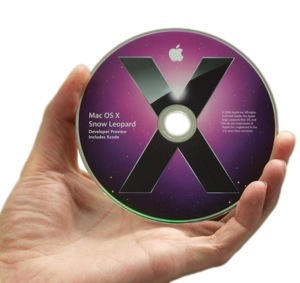 The iSight Camera – The original iSight started as an external camera before Apple started putting internal cameras in every Mac. When introducing the new MacBook Air Steve referred to the iSight camera as “The FaceTime Camera.” Taking a look at Apple’s website you can see they’ve changed the nomenclature there as well. The MacBook Air pages lists the FaceTime Camera among the product’s features. It’s only a matter of time before the terminology is adopted across all platforms. 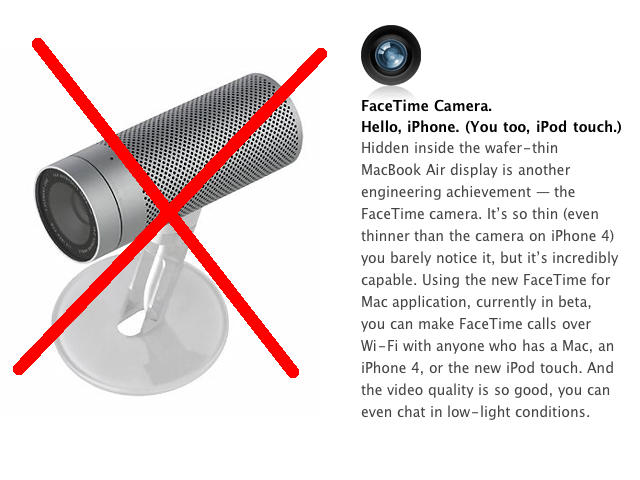 iChat – If they’re touting the FaceTime Camera so heavily, it makes little sense to have to use your FaceTime Camera to video chat inside of iChat. We expect there to be a full integration of iChat into FaceTime sometime in the near future, thus ending the life of iChat.

Mouse Buttons – Apple is the company that brought the mouse into the mainstream when it released the first Mac, so it’s only fitting that they’re also the ones that kill it off. The MacBook Air was the last MacBook to feature a clickable button on the mouse pad. Now that it’s been replaced with a beautiful multitouch trackpad you can’t find any mouse buttons to use with a Mac. In fact, with the Magic Trackpad taking over for the Magic Mouse, mice will be inevitably exterminated as well.