How to block privacy-invading read receipts in email
Get 77% off great Just Mobile accessories for iPhone, Apple Watch
iPhone 11 owners report audio issues with wireless CarPlay
Park more safely with a solar-powered smart backup camera [Deals]
Today in Apple history: Super Bowl Mac ad airs against the odds
Apple ramps up A13 chip orders to cope with iPhone 11 demand
How to export Apple Card transactions to a spreadsheet
Last chance: Save 40% on Rilee & Lo’s beautiful Apple Watch bands
How to preview installed fonts on your iPad
Bring vivid HDR effects to your photos with one click [Deals]

This post is presented by Indice, maker of the Apollo app.

The photos you take are only as good as the lighting. That’s true no matter whether you’re using a top-of-the-line DSLR or an iPhone. The difference is, with an iPhone, you can change the lighting after you’ve taken the picture. That’s thanks to Apollo, an iOS app that uses the iPhone’s depth data to totally reimagine the lighting conditions in your photos.

Using this app, it seems like some kind of time traveler (a member of the Illuminati, perhaps) has brought a massive set of stage lights back to the very moment you snapped a shot. So in any Portrait mode photo — whether it’s a picture of your friend or a still life from lunch — you can easily go back in and move the lights around as though you were still in the room. This only works for iPhones equipped with depth sensing: iPhone 7 Plus, iPhone 8 Plus, iPhone X, iPhone XS, iPhone XS Max and iPhone XR.

Making the most of Portrait mode

This stretches the boundaries of what’s possible with iPhone photos, bringing images further into the realm of 3D. Apollo also marks a real advance in photo editing, especially on mobile devices. Even with full-scale photo-editing rigs, working with depth data this way would prove costly and complicated. So to have it available in a slick and quick interface is quite an accomplishment.

All of this can be used for everything from touch-ups to entire reimaginings of a scene. You can make someone in a cafe look like they’re sitting under a massive fireworks display or standing next to a streetlamp. Or you can make it look like a rainbow of light is erupting from their hands.

Depending on where you place the virtual light, it will realistically illuminate or be blocked by the subjects in your picture. It’s really up to you. The results are eerily photorealistic — and easy to achieve. 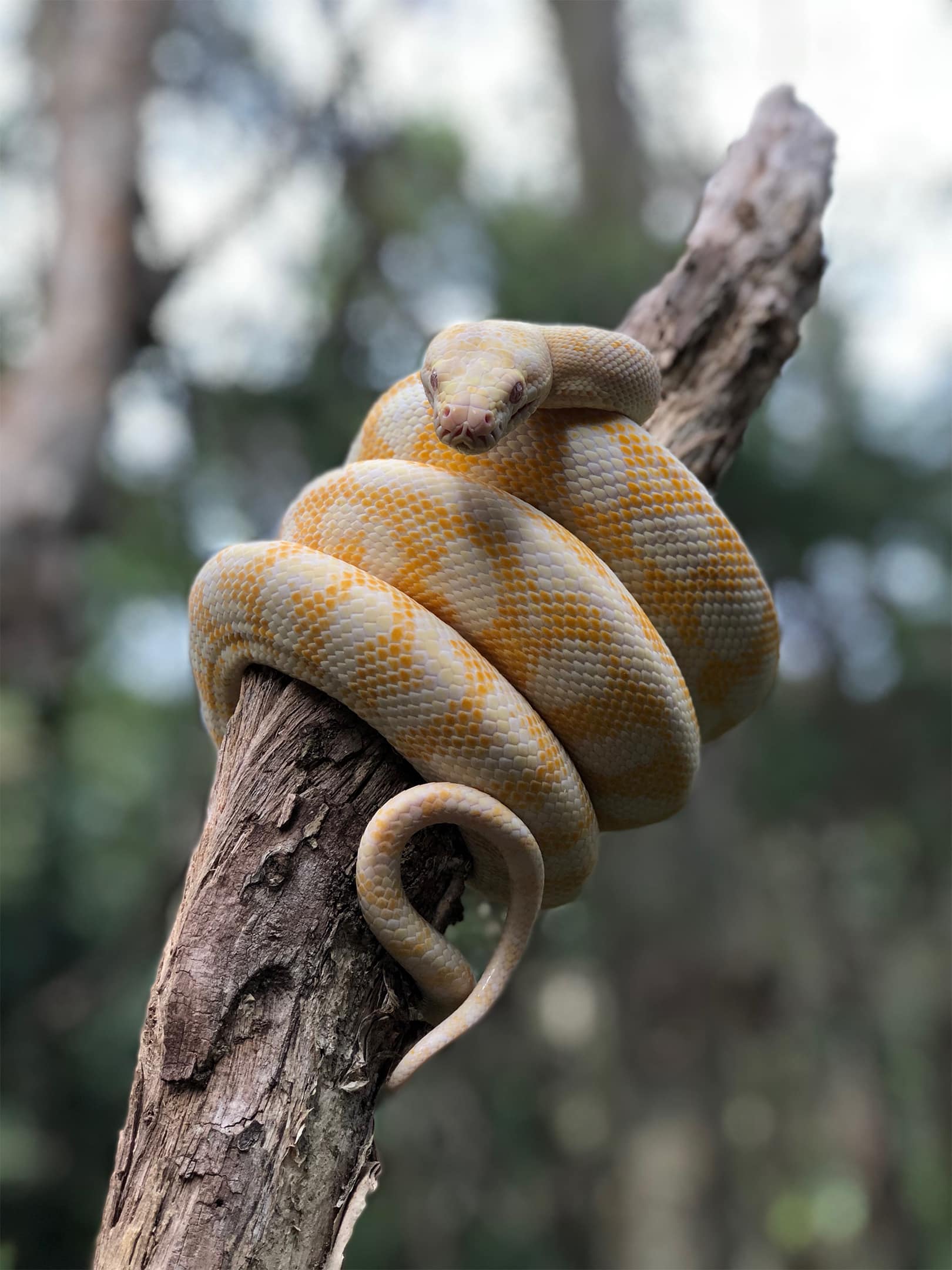 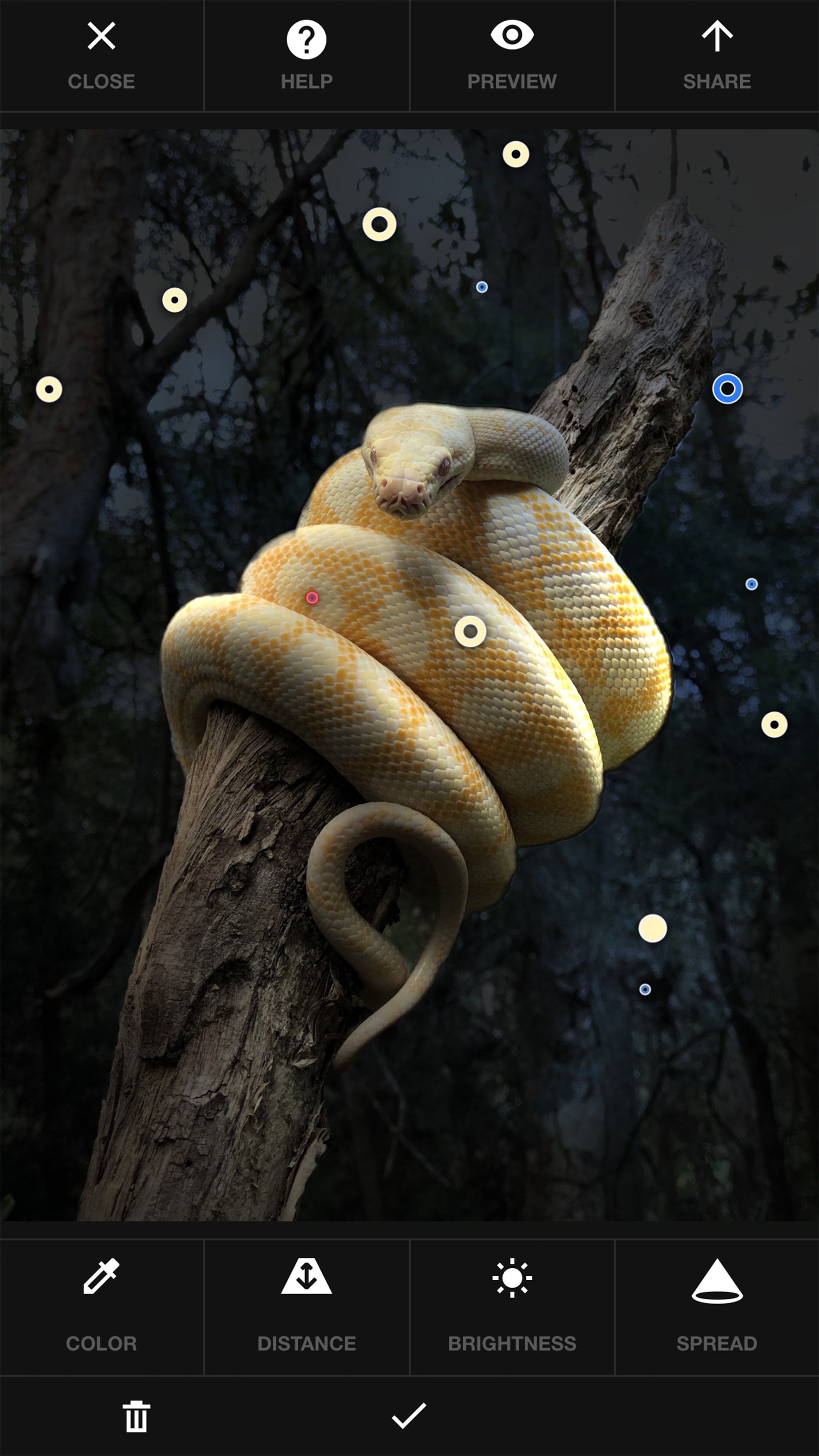 Apollo uses simple tools that together create an endless number of possible effects. There’s a color sampler and palette, and a distance setting to set the position of the artificial light source. There’s also a simple brightness setting, and a spread option for controlling the shape of the light. Sources of light can also be patterned in various ways, so the possibilities really are vast.

It does this by taking advantage of the depth maps created in Portrait mode, a feature of iPhone models 7 Plus and later. Apple created Portrait mode, using the 3D depth maps as to create slightly more dramatic lighting and blur effects.

Compared to Apollo, that’s kids stuff. Indeed, Apollo is the only app that uses the iPhone’s depth data to relight Portrait mode photos after they’re taken.

Join the future of photography with Apollo

Rather than slapping a 2D filter onto a photo, Apollo processes them as genuine 3D images. So features like light masks, fog and background elimination carry real spatial dimension. That makes for a realism that’s hard to believe until you play with the app yourself. It really does feel like the future of photography. Additionally, since Apollo preserves all the original depth data, the images it produces remain compatible with all other photography tools.

You can get Apollo for 99 cents until the end of the year. That’s half the usual price. It’s a one-time purchase, with no ads, in-app purchases or subscriptions to worry about. Trust us — it’s a dollar well-spent.