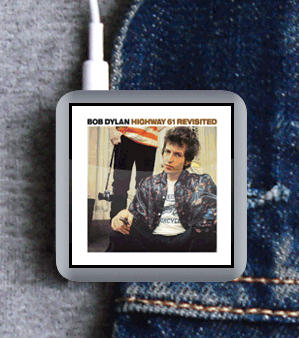 Our friend Graham Bower from MacPredictions made this mockup. He has some good ideas about how it might work. Graham predicts the device is a bit bigger than the current iPod shuffle. It has two buttons on the bottom: On/Off and Shuffle. The square screen shows nothing but album art.

Swiping your finger from left to right across the screen cues the next track, and in the other direction it goes back to the previous track.

Swiping your finger up and down controls the volume. Tapping on the screen toggles between pause and play. It’s that simple.