iPhone users suffering from crashing woes on iOS 9.3 are finally getting some relief. Apple has released iOS 9.3.1 to the public, bringing new bug fixes and performance improvements for the iPhone, iPad and iPod Touch.

The update comes more than a week after the release of iOS 9.3, which turned hyperlinks into crash bombs for some users. 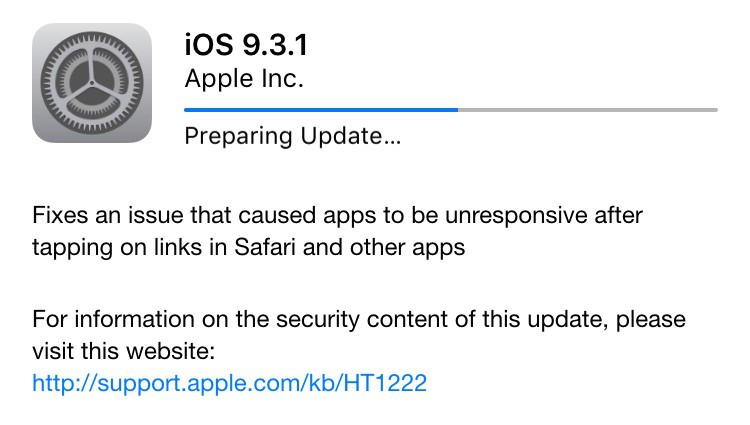 The iOS 9.3.1 update should fix the crashing problem, which was supposedly related to Apple’s universal links. While universal links make it easier to send users from a webpage directly to an app, some developers — like the ones behind Booking.com — apparently overloaded their apps with links, which caused the problem that vexed some users.

iOS users can download the update over-the-air by going to the Software Update section in the Settings app. You can also install it through iTunes.

Apple hasn’t said if there are any new features other than fixing the issue that caused apps to crash when tapping on links in Safari, Messages, Chrome, Notes and other apps. We’ll let you know if we find anything new once it’s installed on our devices.