The honeymoon is over. I’ve discovered my first major disappointment with the iPad 3G, and I’ve only just started playing with it. Video over 3G on the iPad totally and utterly sucks.

The picture is noticeably downgraded on a 3G connection. The built-in YouTube app delivers video that’s very low-res compared to the video it delivers on a Wi-Fi connection. It’s barely watcheable.

And apps like the ABC app and Netflix won’t work on 3G at all. They both The ABC app launches a pop up that says: “Please connect to a Wi-Fi network to use this application. Cellular networks are not supported at this time.”

It may be better to get a Wi-Fi only iPad and invest in a MiFi, which appears to work flawlessly for delivering high-def video, according to reader reports on iLounge.

UPDATE: My mistake. Netflix does work over 3G. The video quality is clearly lower resolution however.

Here’s a couple of screenshots showing the difference:

Here are two screenshots from a chick flick my wife was watching on Netflix.

The top screenshot is the movie playing over Wi-Fi (see the Wi-Fi icon in the top left).

The screenshot below it is the movie playing over a 3G cell connection. You can see there’s a noticeable downgrade in picture quality. The Wi-Fi video is near high-res, while the 3G video is pixelated with motion artifacts.

To be fair, Netflix video is watchable over 3G. The YouTube videos I checked out were horrible though. 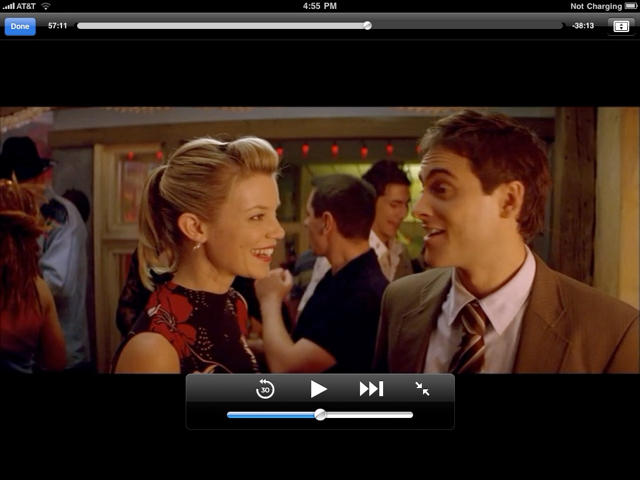 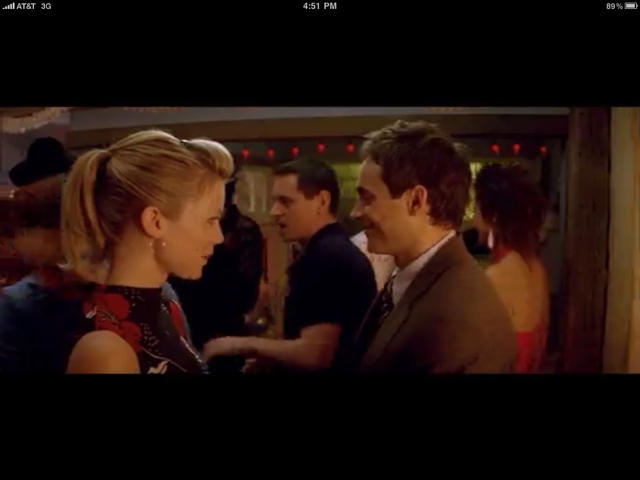