Controversial coder and data artist Josh Begley is back with a new app called Archives that shines a light on the contentious issue of police violence that’s rocking the U.S.

Archives’ premise is simple: Every time cops kill someone in the United States, your iPhone receives a simple alert containing only the victim’s name.

Begley’s last app, MetaData+, had a similar theme, only it sent out push notifications every time the U.S. conducted a drone strike. That app took more than two years to get approved by App Store moderators due to its controversial nature.

Along with sending a notification, the Archives app plots on a map where the death took place.

If you had installed Archives at the beginning of the year, you already would have received 37 notifications for people who died at the hands of police. 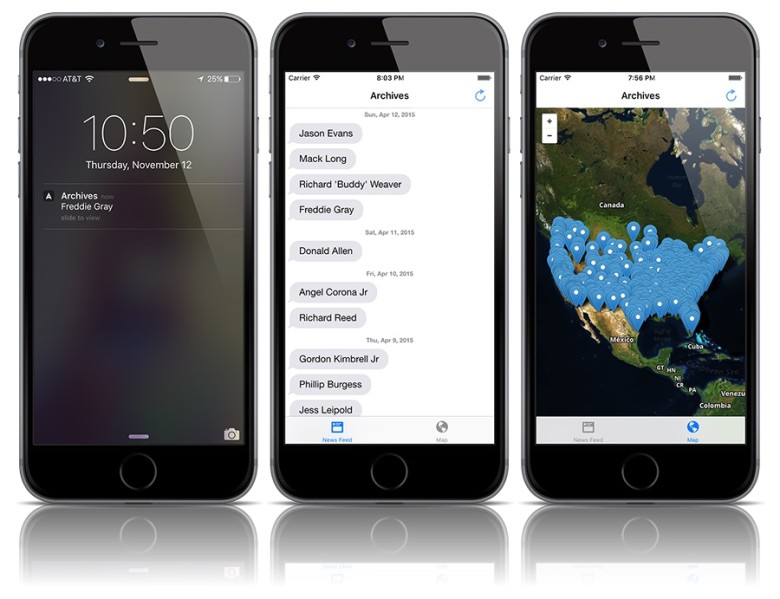