In support of the Apple Watch’s increased availability in the U.K., Apple has taken over all 24 windows at the iconic Selfridges’ shopping center in London to promote the new timepiece.

Apple opened a store within a store concept a Selfridges’ earlier this year. The gigantic new displays mimics the Apple Watch’s floral clock faces, with some flowers reaching up to 1.8 meters in height. 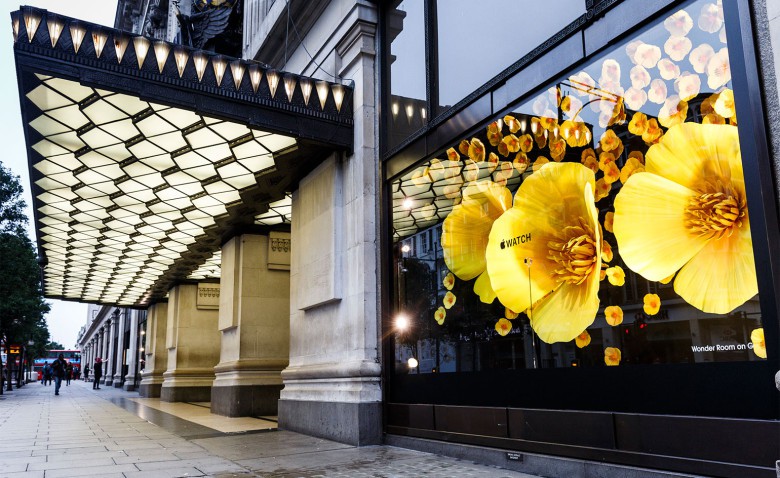 The floral installations are comprised of 24 large, 50 medium, and 5,525 small flowers, and 240 ‘small plus’ flowers, reports The Wallpaper. Apple 3D printed the smaller components and made the large and medium flowers from cast resin.

Paul Deneve, Apple’s VP of Special project, said the company is “thrilled that the flowers of the Apple Watch face have inspired such a beautiful design.” Selfridges’ first launched its window displays in 1909. The store also had a series of displays for Apple in April that featured butterflies. The Apple Watch inspired displays will be on view until October 13th.

Number of comments on this postLeave a comment
Posted in: News Tagged: Apple Watch, London, uk