Manny Pacquiao is expected to have made $80 million off the very boring ‘fight of the Century’ this past weekend just off the ticket sales. Pac-Man made a few extra million on the side too by becoming the latest iPhone-loving celebrity to convert to a Samsung salesman.

As part of the sponsorship, Pacquiao – who’s tweeted from an iPhone from years – crafted his tweets on a Samsung Galaxy S6, including two selfies he posted at weigh-in and on his way to the ring with Jimmy Kimmel. Samsung also filmed an entire behind-the-scenes video of Pacquiao on a Galaxy S6 Edge. But now that the fight’s over and Pac-Man’s cashed in, he’s back to using Apple devices.

Here’s the Samsung spokesman’s latest tweet, sent from an iPhone. 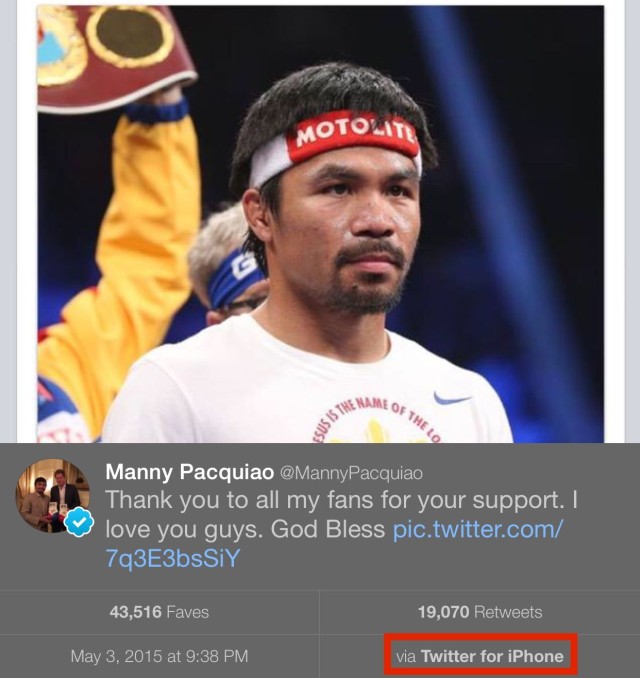