Reviews from tech news sites have praised Apple Watch for its innovative UI and incredible design. After slogging through the first reviews though, the most interesting insights I found about Apple Watch came from non-tech sites. What will it be like for normal, non-tech nerds to use Apple’s timepiece?

Here’s everything new I learned about Apple Watch from reading all the reviews:

Activating the display can be tricky

“The Apple Watch activates its screen only when it thinks you’re looking at it. Sometimes a subtle twist of your wrist will do, but sometimes it takes … more. Many times while using the watch, I had to swing my wrist in an exaggerated upward motion to bring the display to life…. Sometimes, even if you do the arm-swing motion, the screen doesn’t turn on. Sometimes it turns on, then off. Sometimes you tap it and nothing happens.” – Joshua Topolsky, Bloomberg

Your kid will want one

“The first time my almost 7-year-old son spied the watch, he exclaimed, ‘Mom, you got a new phone!’ instantly making the connection between the new device on my wrist and the iPhone I’m typically clutching in my hand. By day three, after we’d sent a few audio texts to his grandma in Florida and he was clued into the 22nd-century possibilities of the thing, he was lobbying for one of his own. The Mickey Mouse face suggests to me that Apple gets the potential the Watch has with generation Z.” – Nicole Phelps, Style

“Do you want every email to buzz your wrist, or just those from your VIPs? How about social apps like Twitter — when should you let them ring your watch? I spent many hours pondering such questions, and there was a lot of fine-tuning in the notification screen on my phone. In other words, it didn’t just work.” – Farhad Manjoo, The New York Times

“We shot all this stuff,” Apple human interface chief Alan Dye told Wired, “the butterflies and the jellyfish and the flowers for the motion face, it’s all in-camera. And so the flowers were shot blooming over time. I think the longest one took us 285 hours, and over 24,000 shots.”

iPad tethering is a no-go

Definitely ridiculous that you can’t pair an Apple Watch with an iPad or iPod touch. No good reason for that

“After more than a week of daily use, Apple Watch has more than alleviated any concerns I had about getting through a day on a single charge. I noted the remaining charge when I went to bed each night. It was usually still in the 30s or 40s. Once it was still over 50 percent charged. Once, it was down to 27. And one day — last Thursday — it was all the way down to 5 percent. But that day was an exception — I used the watch for an extraordinary amount of testing, nothing at all resembling typical usage.” – John Gruber, DaringFireball 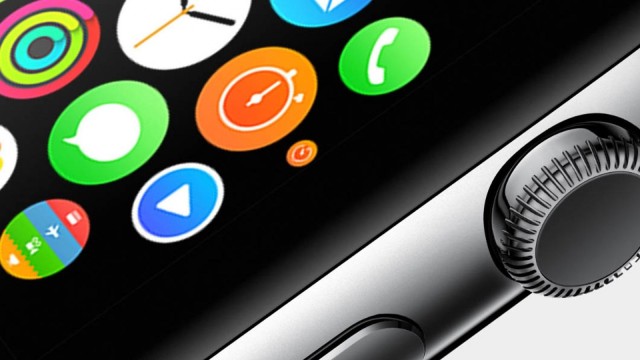 “I often found that new apps took forever to install, and they then worked sporadically. I installed Trivia Crack and initially couldn’t get it to work. It took initiating a game on the iPhone for it to finally be available on the watch.” – Lance Ulanoff, Mashable

It’ll help you find your iPhone

Ben Bajarin at TechPinions noted that one of his favorite simple features is using Apple Watch to find a lost iPhone. “The ability to use the watch to ping your iPhone so you can find it if you have misplaced it. A quick “find my iPhone” experience if you will.”

“Unlike previous breakthrough Apple products, the Watch’s software requires a learning curve that may deter some people. There’s a good chance it will not work perfectly for most consumers right out of the box, because it is best after you fiddle with various software settings to personalize use.” – Farhad Manjoo, New York Times.

“The more your family, friends, and acquaintances adopt the Apple Watch, the better the experience will be… At the moment I have exactly two people on my Digital Touch list, both of whom work for Apple. I would’ve spent a lot more time playing with this feature if my pals were on it.” – Nicole Phelps, Style

It won’t track your sleep

“This seemed odd, because the Watch’s built-in hardware has everything you need to get a surface-level summary of sleep. It could just be that Apple’s expecting third-party apps to own sleep tracking. But more likely, it’s the Watch’s battery life.” – Marissa Stephenson, Men’s Journal

You can’t use it one handed

“You simply can’t one-hand the Apple Watch. It’s the simplest thing, but it’s true: because it’s a tiny screen with a tiny control wheel strapped to your wrist, you have to use both hands to use it, and you have to actually look at it to make sure you’re hitting the right parts of the screen. You have to carry your coffee cup in your other hand if you’re not interested in spilling on yourself.” – Nilay Patel, The Verge

“One of the Apple Watch’s best tricks is the ability to take pictures. Though, to be clear, Apple Watch does not have a camera. Starting the app opens the camera on your paired phone, and on your Apple Watch you see what the iPhone camera sees. You can tap the watch screen to take a picture or, more usefully, use the countdown option on the app to take a selfie.” – Lance Ulanoff, Mashable

It’s only good for short calls

“Call quality was good, though on balance I found using the iPhone directly better. Also, maybe it’s just me but holding your wrist up to your ear for extended periods got tiring. Calls on the Watch are fun, and best designed for short calls.” – David Phelan, The Independent

“It’s incredibly easy to make purchases with Apple Watch. I bought a Shamrock Shake at McDonald’s, where the clerk didn’t bat an eye when I double pressed on the side button, selected the credit card I wanted to use and then waved the watch over the NFC reader,” – Lance Ulanoff, Mashable

“The unexpected side effect to triaging communication around other people is that it made me seem like a Dick Tracy, minus the Tracy. After all, what’s the international gesture for ‘Wrap it up, I have somewhere else to be,’ and ‘This conversation is boring me’? Glancing down at your watch. I found myself in work meetings getting the buzz-buzz-buzz of incoming data, but avoiding looking down to check the updates because I didn’t want to seem distracted or rude.” – Marissa Stephenson, Men’s Journal

“Many people, especially in the watch community, have defended their love of traditional mechanical watches by segmenting the Apple Watch in a category of high-end gadgets versus “watches.” While I understand and perhaps even empathize with this sentiment, I disagree. If anything, the Apple Watch is what the wrist watch is meant to be in the 21st century. You might not like that, but it is the truth, when it comes to wearable wrist technology.” – Ariel Adams, aBlogtoWatch