Apple may be on the verge of releasing its most generously-sized iPhone yet, but the company is always on the lookout for new ways of providing screen real estate to its users.

A new patent published today by the U.S. Patent and Trademark Office show how Apple is investigating “Electronic devices with flexible displays,” featuring a flexible display layer overlaid on top of buttons, switchers, speakers, microphones and other components which feature in iOS devices. 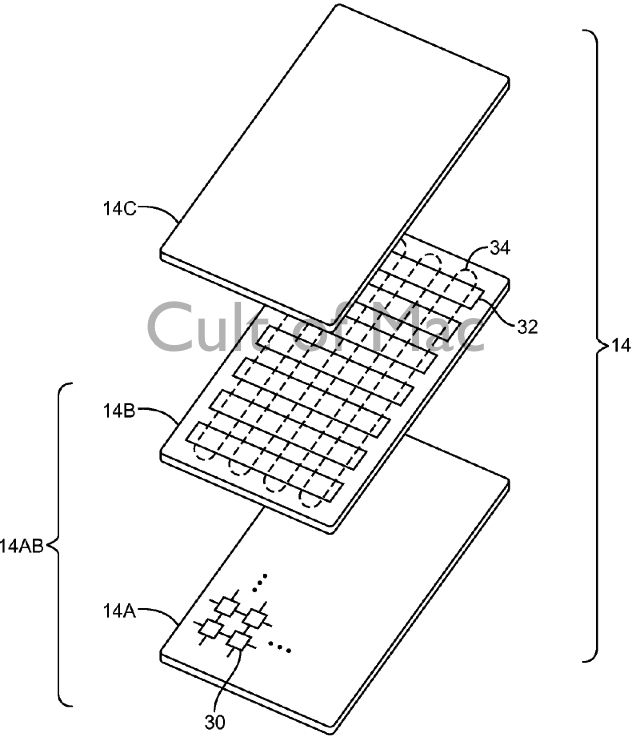 At least in theory, this means that future iPhones may have the option of, for instance, eliminating space-consuming Home buttons by hiding them under a flexible part of the screen. This patent could also have significant application in smaller form factor devices such as the eagerly-anticipated iWatch, on which space will be at a premium.

Implemented correctly, users would be able to interact with buttons or other components on these flexible devices by touching the display, which could physically deform to show where a button or buttons (as would be the case with a keyboard) are placed.

Last year the company then posted a job listing, which it removed after a week-and-a-half, searching for a senior optical engineer to “lead the investigation on emerging display technologies” including “flexible displays” to improve “optical performance.”

In the age of the iWatch and with larger displays being increasingly favored by the phablet crowd, the idea of a flexible display could be a winningly innovative way of Apple grappling with some of the design challenges in its near future.