Itching to take on the future techno-war depicted in the hyper-realistic Call of Duty: Modern Warfare franchise? Well, if you’ve finished off the original Modern Warfare game on your Mac, ported in 2011 by Aspyr, it’s time to lock and load your weapon of choice for the next two installments in the series, Modern Warfare 2 and Modern Warfare 3.

These huge sequels are available now for the Mac platform, on Steam or porting publisher Aspyr’s own GameAgent distribution service. The new Mac versions of the game have all the downloadable content (DLC) packs from each game ready for your first-person shooter marathon.

As the publisher behind the 2011 Mac version of Call of Duty 4: Modern Warfare, Aspyr has all the chops needed to deliver the high-quality experience fans of the series expect. Modern Warfare 2 and 3 both have high Metacritic ratings on console, with a score of 94 and 88, respectively. 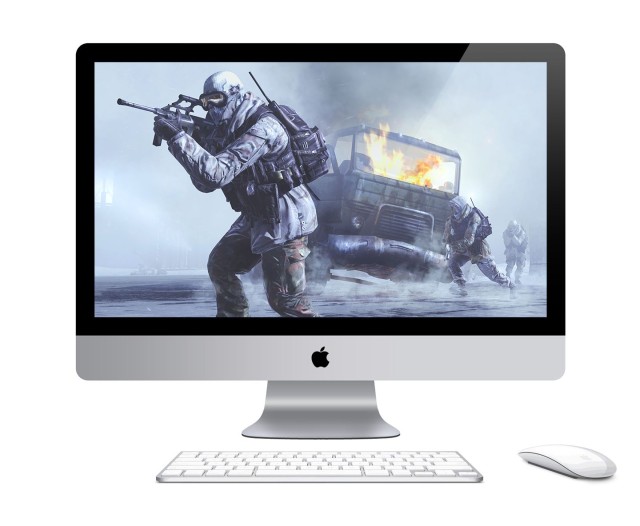 Modern Warfare 2‘s main single-player storyline picks up right after the first Modern Warfare, with gamers facing off against a new evil threat to the global techno-industrial balance. The story continues in Modern Warfare 3 with even more intense action.

The Mac versions of these games will have all the single player and cross-platform multiplayer cooperative and versus gameplay with Steam Works integration (if purchased via Steam). The additional DLC is identical to the PC and console versions of the games, with all the extra maps and great single-player content for no extra charge.

Modern Warfare 2 is available for $15 at GameAgent, while the third installment is there for a cool $30, which is half of the original price of the game. If you grab them from GameAgent, you can also use an online tool to decide if your Mac can play them — a handy thing to use before you drop any cash on these hot first-person shooters in any case.