Arnold Schwarzenegger’s love affair with his iPad hasn’t been as well documented as some of his other lusts but Conan the Governor loves his Apple tablet so damn much he takes it everywhere, which makes it the perfect tool for capturing the Austrian Oak’s greatest love – his deteriorating guns. 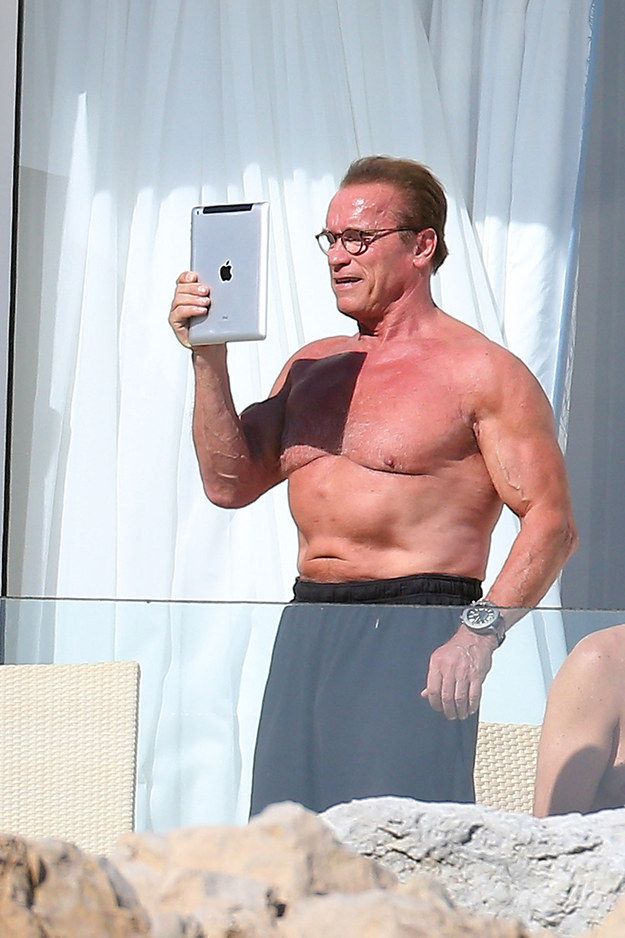 No one looks cool snapping pics with an iPad but there’s something about seeing Arnie do it that makes it so much worse. Dude is still a beat at 66, but maybe it’s his slumping chest or the steroid-fused veins popping out of his arms like dead snakes. Either way, maybe it time the 66 year-old to cover up during Facetime, unless he’s playing a serious game of Snapchat Gross Out.