Take this with a pinch of iSalt, perhaps, but a new set of alleged iPhone 6 renderings have surfaced online.

Hailing from the Ukrainian website UkrainianiPhone, they confirm a lot of what we’re already expecting — including the relocated sleep/wake button (moved to the side to make it more easily usable with the larger form factor) and a circular iSight flash.

One notable difference between this design and the mock-ups we’ve seen in the past, however, relates to the device’s rear shell. While previous renderings show a solid back cover, these shots suggest that Apple is leaving breaks in the chassis for the antenna. 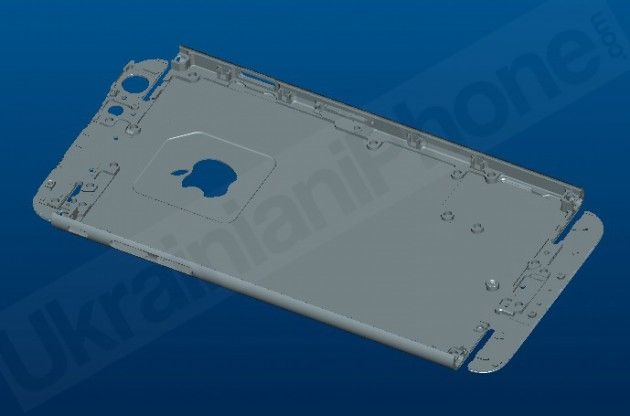 If true, this would indicate that the iPhone 6’s backplate will be similar to the one featured on the iPhone 5s — and would also mean that the shell will not be solid metal metal as previously thought, but rather feature (glass?) antenna windows.

While it might feature the same backplate, though, judging from these designs the iPhone 6 will be much thinner than the iPhone 5s — being just 6mm thick versus the 7.6mm iPhone 5s. 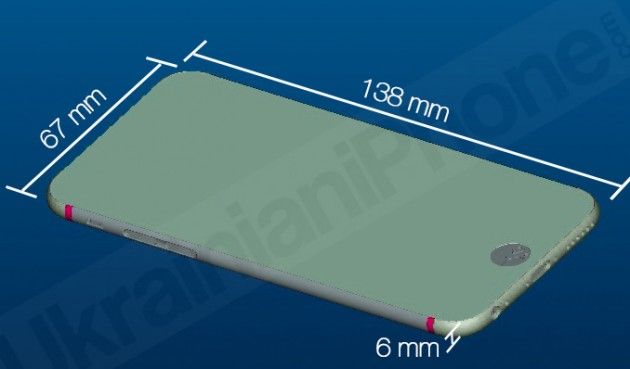 There’s obviously no way to say whether these renderings are accurate just yet, but the website that first posted them claims they were sent in by a trusted case manufacturer using them to produce iPhone 6 covers.

Apple is expected to unveil both 4.7-inch and 5.5-inch iPhone 6 models later this year.