First unveiled in iOS 6, Apple Maps has been known to distort reality before, but can it conjure a mythical prehistoric beast from the waters of Loch Ness?

Cryptozoologists are saying yes. They are claiming that Apple Maps has finally located the elusive Loch Ness Monster!

According to experts at the Official Loch Ness Monster Fan Club, the above image shoes the Loch Ness Monster swimming beneath the waves of the famous Scottish lake. He was spotted using Apple Maps satellit view, has two massive flippers, and may be as big as 100-feet long. 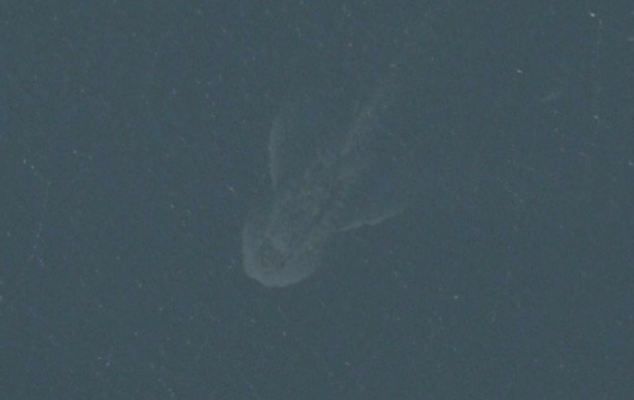 But not everyone is convinced by such seemingly incontrovertible evidence. Many no-fun naysayers are claiming that what Apple Maps has actually spotted is the residual wake of a speedboat. And even Loch Ness Monster Fan Club president Gary Campbell acknowledges it’s a possibility, but rejects it.

“Whatever this is, it is under the water and heading south, so unless there have been secret submarine trials going on in the loch, the size of the object would make it likely to be Nessie.”

Apple Maps has been known to show a lot of things that aren’t really there. It appears you can add Nessie to that ignoble list.