Monument Valley is one of the most original iOS games ever. A triumph of isometric design, it’s a trippy puzzle game in which you guide a white-clad princess through a series of twisting, turning structures, inspired by the mind-bending art of M.C. Escher.

Creating a world of this complexity might sound like a nightmare project, but for the UK-based game developers at ustwo, coming up with such an audacious creation was something of a dream.

“One of the first things we did when designing Monument Valley were to try and come up with images that seemed impossible,” says lead designer Ken Wong.

Still reeling from the success of the game — priced at $3.99, it was the top paid iPad app in its first week of release — Wong cracked open his sketchbooks to give Cult of Mac readers a glimpse at how Monument Valley‘s breathtaking designs came to be.

Here’s what we found.

Prior to creating Monument Valley, the eight-person games team at ustwo created Whale Trail and puzzle game Blup. Their success gave the team space to breathe, and to plan their next title.

One of the broad ideas Ken Wong had was for a game revolving around buildings. “I’d always wanted to do a game about architecture,” he says, speaking from ustwo’s offices in London’s trendy Shoreditch area. “Other games feature architecture in the background, but I wanted to make the architecture into the main character — into the thing that you actually interact with.”

While he was looking for inspiration, he happened to come across an image called Ascending and Descending, a 1960 optical illusion drawn by Dutch artist M.C. Escher that shows a never-ending stairway.

“It just clicked with me straightaway,” Wong says. “I thought that if you could guide a figure from the bottom of a building to the top by actually moving bits of the architecture, that could be a really compelling game.”

To test out the idea, Wong sketched a rough design inspired by the Escher drawing and pinned it on his wall, to see what the response would be. “I wouldn’t mention it, but people would walk by and start asking me about the drawing, and whether this was a game I was working on,” he says.

Somewhere along the way, the positive reaction convinced him that it was.

“It’s a rare thing that the company you work for allows you to take risks,” Wong continues. “A number of us probably wouldn’t be working here if we weren’t allowed to do that. We’re not here to make formulaic games — we’re here to do something that is hopefully special.”

When he convinced the rest of the team that his architectural idea had the makings of a good game, they got to work fleshing out the concept.

The team spent hours trying to come up with impossible images. “For example, we thought it would be a really striking image to be able to pull a tower out of a small cube,” Wong says. “Or turning a building around, and have it change depending on the amount of times you turned it around. We started out with a list of these paradoxes and impossibilities, and then gradually removed the ones that didn’t seem as good, or as much fun, as the others.”

The game came together over the second half of 2013 and first part of 2014 — ultimately taking 10 months from initial idea to launch. The team was united by its love for surreal imagery.

“A lot of games make too much sense,” Wong says. “Their makers try and emulate movies, for example — wanting to look like Star Wars or The Godfather. Games can be so much more. The titles that excite us the most here at ustwo are the ones where you get to do really strange things. It doesn’t have to make sense. That’s where Monument Valley came from conceptually.”

The result is a title full of impossible geometry, head-scratching puzzles, and unusual enemies (note: they’re Crow People.) It’s both a puzzle game and a jumpless platformer, and for the uninitiated the whole thing’s deeply weird. Yet somehow it holds together.

“There was always a danger that people just weren’t going to get it,” says game producer Dan Gray. “There was enthusiasm among the team, and among the people we would show it to, but we really weren’t sure what would happen when we released the game to the whole world. We had no idea whether there was going to be any audience for this at all. We worried that it was too artsy, too intellectual, too short, priced too high — all of these things. We’re over the moon that people are actually engaging with it.” 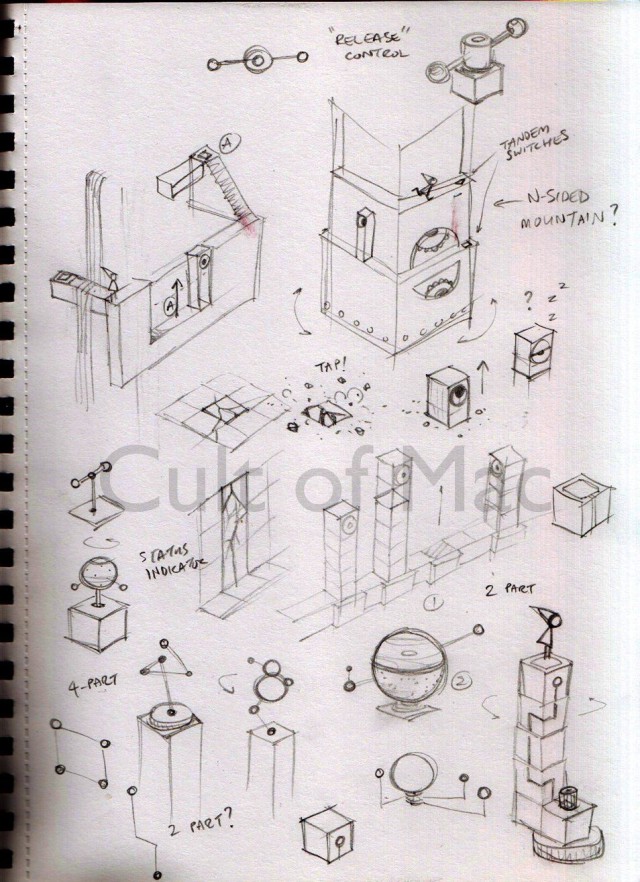 With the game finished earlier this year, finally came the tough job of naming it.

“We had a document with lots of names people were throwing into the hat,” Wong says. “It was hard to come up with one that described what it is that you do in the name. Eventually we decided that this could be kind of like the name of a band — it doesn’t have to be descriptive, it can be poetic. I don’t know how but I came up with ‘Monument Valley’ without really knowing what it meant.”

“I don’t think any of us liked it to begin with,” Dan Gray. “It really was like a band, because when you name a band for the first year everyone thinks that name is absolutely terrible. But then it sort of grows into its meaning.”

Summoning up iconic imagery and (for those of us in the U.K.) far-off places, Monument Valley now seems the perfect name for the game everyone is currently talking about.

“Since the game came out we’ve just been glued to Twitter, seeing people say really nice things about Monument Valley and trying to respond to as many of them as possible,” says Wong.

The response has been amazing — and completely unanticipated. “Already we’re having people ask us when Monument Valley 2 comes out, which is pretty crazy,” says Gray.

Next the ustwo team will experiment with fresh ideas that have bubbled up since Monument Valley took the gaming world by storm.

“We really want to get to work on something new, but the important thing is to take the time and patience to create something really special rather than rushing into something,” says Gray. “Because that’s the mindset that created Monument Valley — and we don’t want that to change.” 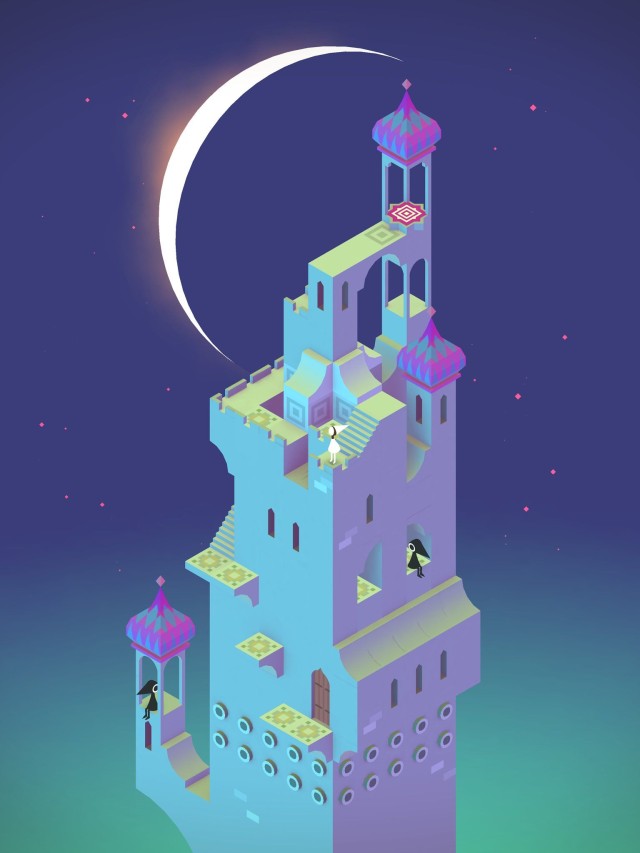 You can check Monument Valley out for yourself at the below link. For additional information about its inspirations, check out Ken Wong’s Pinterest page, or our article on his picks for the best iOS games around.