An Apple I computer from the original batch of 50 that Jobs and Woz sold to the Byte Shop in 1976 will be put on the auctioning block in Germany next month. Early estimates claim that the computer could fetch between  $300,000 – $500,000 thanks to the original packaging and working condition of the unit.

The unit is number as “46” from the batch of 50 and also comes with the original operation manuals, cassettes and a signature from Woz who built each of the machines by hand. 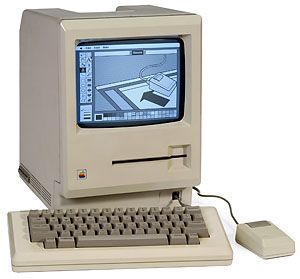 While we’ve seen quite a few Apple I’s hit the auction block, this is the only known example that has the original box that matches a rare photo of identical Apple I boxes stacked in Steve’s bedroom at his parents’ house where Steve and Woz first started their operations.

Auction Team Breker will open the lot for bidding on November 16th and we wouldn’t be surprised if it surpasses the recording breaking $671,400 price tag a working Apple I sold for in May from the same auction house.

If you really want a piece of Apple history, but think paying $700k for a vintage computer is a little too steep, the auction house is also offering a rare Twiggy Drive Macintosh from 1983.

Only one other prototype is known to exist after Steve ordered all of the prototypes to be destroyed before production. That lot also includes a letter signed by Steve’s friend Daniel Kottke but winning it won’t be much easier than the Apple I as it’s estimated to go for $50,000 – $70,000.

Number of comments on this postLeave a comment
Posted in: News Tagged: Apple I, Auction, daniel kottke, Steve Jobs, Woz