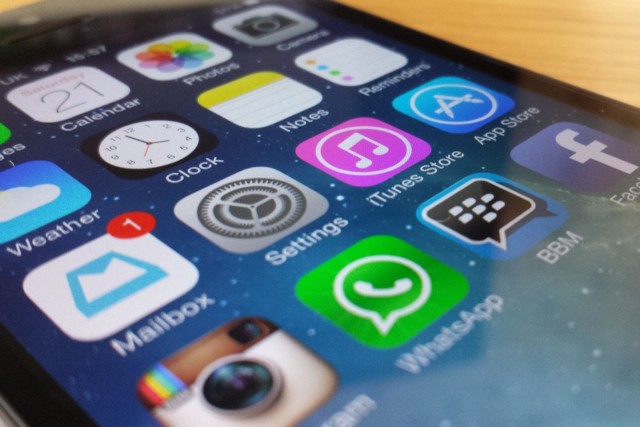 The iPhone is “the brightest smartphone” ever tested by the experts at DisplayMate.

According to a recent report from Dr. Raymond Soneira, president of DisplayMate Technologies, the iPhone’s display is “significantly brighter than the Galaxy S4,” and “the brightest smartphone” DisplayMate has tested. It also boasts better color calibration, with the Galaxy S4 slightly over-saturated, and excellent viewing angles.

This means that photos, images, and videos look incredible on the iPhone’s display. In fact, you’ll be pushed to find a display they look better on. The Retina display continues to knock it out of the park in almost every way.

The thing you’ll first notice about the iPhone’s display, however, is how bright colors really pop. It’s particularly evident with iOS 7, which sports a pretty palette everywhere you look. Icons almost give the illusion that they’re sat on top of the display — especially with the new parallax effect on the home screen.

This is partly due to the thinness of the iPhone’s display, which is 20% thinner than its predecessor. To achieve this, Apple used in-cell touch technology, which combines the LCD and digitizer — the panel that detects touch input on the display — into one. This is what helps make the iPhone 5s so thin, and gives the illusion that icons and other items are floating above the display.

After using a Galaxy S4 for the past couple of months, I have to admit that the iPhone’s 4-inch display does feel small, and it’s not as enjoyable to use when browsing the web. But it does have its benefits; it’s easy to use with one hand, and its 16:9 aspect ratio is great for movies.

If you’re a long-time iPhone user, the iPhone 5s’s 4-inch display won’t be an issue for you, because you won’t have gotten used to anything bigger. But if you’re coming from a larger device, it’ll take a little time to adjust.

Apple will surely make the iPhone’s display bigger again next year with the iPhone 6 — it will have to if it wants to keep competing with high-end Android-powered smartphones — but in the meantime, the 4-inch Retina display is more than good enough.