There are a whole bunch of ways a guitarist can hook his axe up to his iPhone, from fancy to totally ghetto (a cable from the guitar’s jack to the iPhone’s headphone socket). IK’s new iRig HD is at the fancy end, and it even works with your brand-new iPhone’s Lightning socket. 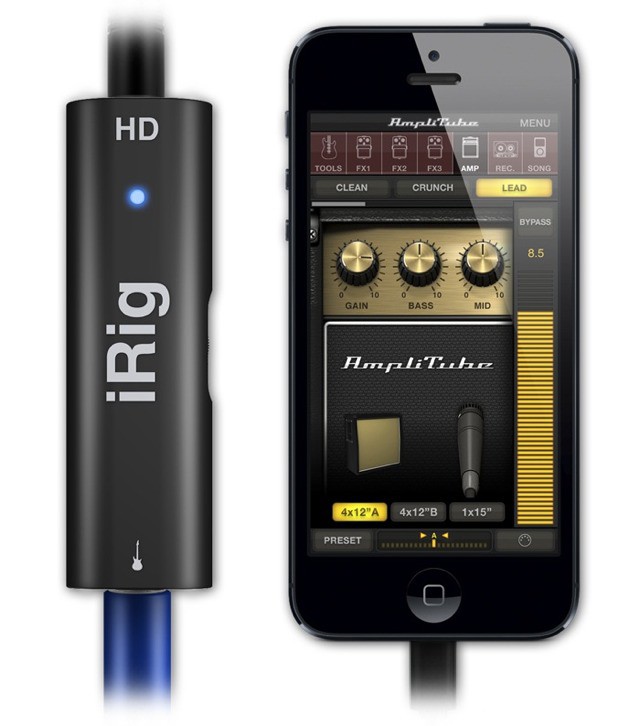 The adapter plugs into the USB-compatible Lightning port and feeds it a digital signal from an on-board 24-bit D/A converter. This is way, way better than just piping the sound in through the headphone/mic jack, and the unit also has it’s own gain control to balance the incoming signal.

The other end has a socket into which you can jack the guitar, and you can also use it with your Mac – either way it is powered by the host device.

Want one? It’s coming “soon,” for an as-yet unannounced price.