Subatomic Studios has released a massive update for the original Fieldrunners iPhone game. The App Store tower defense classic has been updated with Retina display support, a new soundtrack, and other improvements. To celebrate the update, the game is also on sale now for $0.99 in the App Store.

Maps now “shine” in 32-bits of Retina goodness on the iPhone 4 and up. The games controls have been refined, and tap-to-zoom has been added. Fieldrunners is a staple title in the App Store, and it’s great to see Subatomic give some love to its original game years later. Since the game was released back in 2010, the iPhone has gotten much faster and games have become way more advanced. Fieldrunners has always been great, but the original version had become severely outdated. Today’s update brings a breath of life back to the hallmark classic.

Fieldrunners 2 was released just two months ago, and Subatomic has promised that an iPad version will be released in the near future. “We’re really excited to launch this update for the original Fieldrunners today after releasing the first update for Fieldrunners 2 last week,” Subatomic Studios told Cult of Mac. “Of course, this is all part of the build up for the Fieldrunners 2 HD launch. We’ll be announcing its release date early next week.” 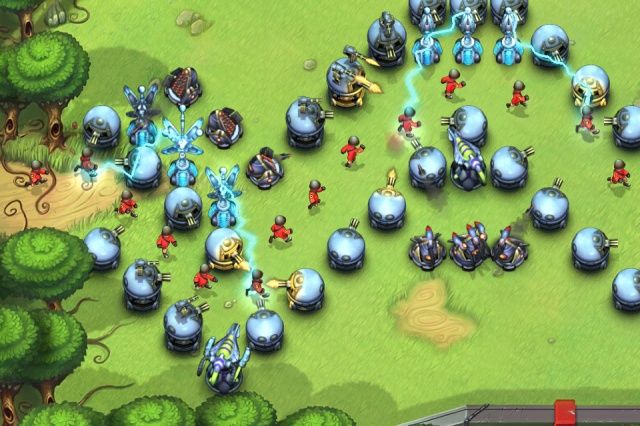 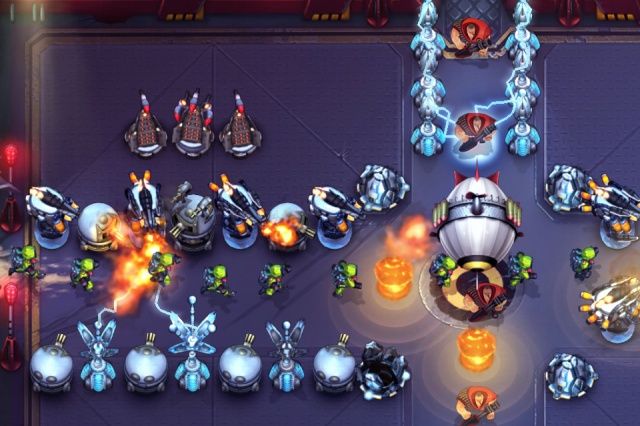 CAMBRIDGE, MA – September 6th, 2012 – SUBATOMIC STUDIOS has reduced the price of the original Fieldrunners for iPhone by 66% to celebrate the game’s latest update, version 1.6.0.  Among other improvements, this new update brings the long awaited addition of full Retina display support, making the 2D, hand painted artwork in the original Fieldrunners more breathtaking than ever.  Get the new and improved Fieldrunners while it’s on sale to play the award winning king of iOS tower defense games now!

Despite its four year history of major content updates, Fieldrunners updates were temporarily put on hold for the last year while Subatomic Studios worked on the all new sequel, Fieldrunners 2.  “Now that Fieldrunners 2 is out, we knew we had to go back and give the original Fieldrunners the big aesthetic update that it deserved,” said Jamie Gotch, CEO of Subatomic Studios.  “Not only did we completely redraw the artwork in a higher resolution for the Retina display, but we also added the full soundtrack for the first time ever on iPhone, and added support for 32-bit colors [on the iPhone 4 and up] to give fans richer environments, enemies, and towers.”

Marketing & PR Manager Alec Shobin goes on to say, “Fieldrunners originally launched in 2008 with entirely hand painted artwork, so when the Retina display came out, there was no simple way to increase the resolution of our game – we had to recreate everything.  Fieldrunners has a prestigious history though, so it was really important for us that we update the game so that people with newer devices could get the full experience.  Fans have been asking for Retina support, as well as usability adjustments, like more precise controls, double tap to zoom, and optimization improvements, so we threw all of those in as well.  Overall, this is a huge update that we’re really proud of and we think fans will definitely appreciate it.”

• All new soundtrack so you can defend in style!

• Glorious battles shine in 32-bits for iPhone 4 and up!

The invasion begins!  Pint sized soldiers are storming your country – do you have what it takes to defeat them?   Customize your strategic defenses using a wide selection of powerful weapons.  Control the battlefield with a vast array of tactics against countless waves of unique land and air invaders! Countless hours of entertainment and replayable challenges! Enjoy a growing experience through DLC maps!

Do you have what it takes to stop the fieldrunners and rise to the top as the ultimate tower defense champion?

• Addictive gameplay for hours of action!

• Over 400 waves across 4 unique battlefields!

Subatomic Studios, based in Cambridge, MA, is an award-winning independent developer of video games for handheld and mobile devices. Fieldrunners, the studio’s first game, was originally launched in 2008 as one of the first games available for the iPhone.  The game combines gorgeous artwork with fine-tuned tower defense gameplay, allowing Subatomic Studios to captivate mobile gamers everywhere with a truly unique entertainment experience.  The game won the 2009 IGF Mobile for Best Game and Best Art and was featured on the cover of TIME Magazine. Fieldrunners was first released for the iPhone and iPod Touch, followed by versions for the iPad, the PSP, the Nintendo DSi, BlackBerry, Android, Chrome Web Store, Roku, Gametree TV, and more! Fieldrunners 2, the sequel hit to the tower defense classic, launched on July 19th for iPhone and iPod Touch.