Yesterday we brought you news of Tweetbot for Mac, officially confirmed by Tapbot’s own Paul Haddad via tweets sent out from the application. Today, Mark Jardine, Tweetbot’s graphic designer, has posted this picture of Tweetbot for Mac running on the new, Retina display MacBook Pro.

While no other details about the application have been revealed, this photo confirms that the application is, if nothing else, finished and nearly ready to launch. We’ll keep you updated if any more news arrives.

Also, here’s a screenshot of what we thought Tweetbot for Mac would look like. Pretty close. 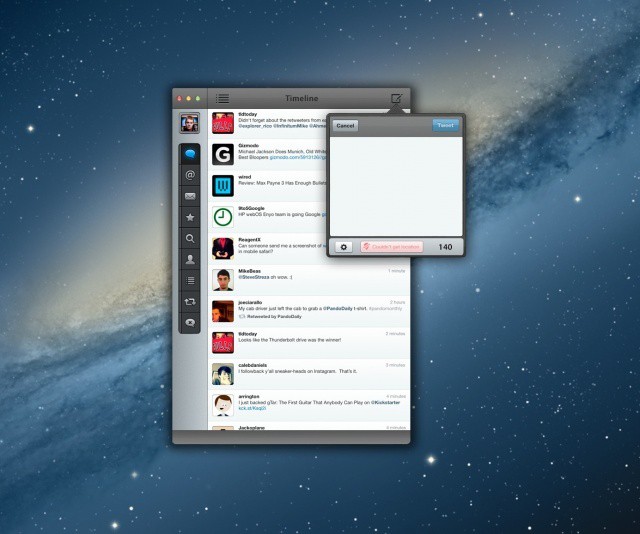