The iPhone’s app switcher is where you go to quickly navigate between apps in iOS. Apple has added more features to the little switcher tray over time, like handy music controls. Double tapping the Home button on your iPhone reveals one row of recently opened apps to choose from, and you can swipe from right to left to see more icons. Without getting into the debate about whether the app switcher is a true multitasking environment or not, it’s safe to say that it does its job. But could the experience be improved?

When Brent Caswell detailed his rethinking of the iPhone’s app switcher a few days ago, he had no clue the concept would come to life. Thanks to the ingenuity of the jailbreak community, a new Cydia tweak implements Caswell’s ideas to extend the functionality of the app switcher.

Opening the app switcher effectively makes the rest of the iPhone’s screen unusable, as you are limited to interacting with one row of icons at the bottom of the screen. If you’re watching a video, playback pauses when the Home button is double tapped. This design choice draws immediate attention to where the user is supposed to focus: the app switcher. But why sacrifice all that screen real estate for one tiny row of icons? Why not make the app switcher taller?

If my goal was to make the app switcher a new center of productivity and navigation, how would I do it without overdoing it? For starters, I needed to avoid adding things that you can’t already do in iOS. In fact, keeping stuff that already exists in iOS is key, because it keeps the user from being overwhelmed. If they see things that they’ve seen before, they won’t have to guess at what will happen when they tap it, and will feel a lot better about the experience. I also knew that I only needed to include things in the app switcher UI that added to the experience. 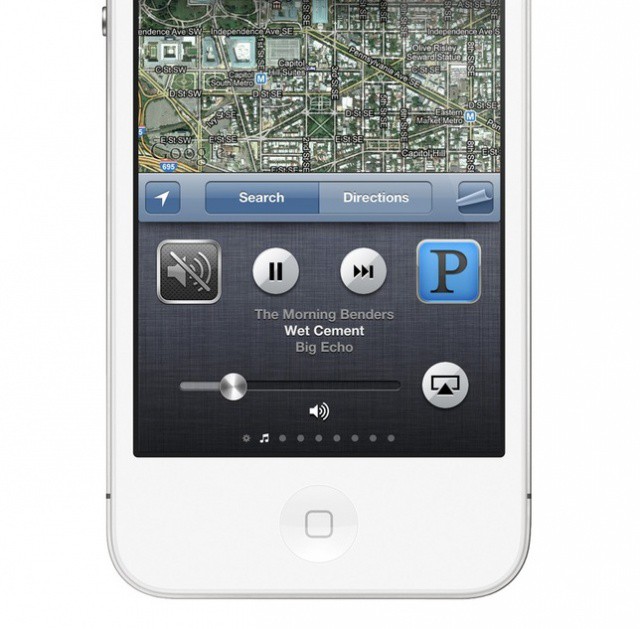 Caswell’s concept stacks another row of recent apps on top of the bottom row. Apps in the switcher are listed in pages (exactly like regular pages of apps) with little dot indicators at the very bottom of the screen. Sliding once to the left presents an enhanced music control interface with volume and track info displayed together. Swiping to the left again takes you to a small settings panel with a shortcut to the Settings app, a kill-all-apps trigger, rotation lock, and changeable app settings shortcut. 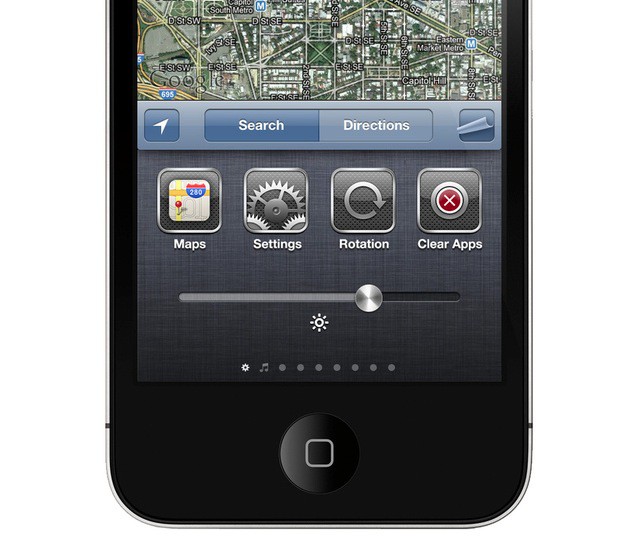 Spotlight search is also available right under the iOS status bar to make use of the top half of the screen. Any time the app switcher is live you would be able to also search in Spotlight and make use of the easily forgotten iOS feature. “This is actually a big idea behind this whole concept: that you can have multiple tools in front of you at the same time that do completely different things, and that’s OK,” notes Caswell.

Jailbreak developer John Coates noticed Caswell’s concept and decided to make it a reality. The end result is Switchy, a new jailbreak tweak available now in Cydia. Switchy costs $1, and the tweak implements Caswell’s concept pretty well. There are no settings to configure once Switchy is installed — just double tap the Home button.

The second row of icons looks great, but I noticed some bugs on my jailbroken iPhone. The music panel doesn’t correctly display track info sometimes, and the settings panel only features a shortcut to the Settings app and the app kill switch. The Spotlight functionality is currently not present either. Hopefully Coates will fix the bugs and add Caswell’s other concept features in the near future.

After playing around with Switchy, I can totally see the app switcher getting taller on a 4-inch iPhone, especially if Apple gives the new iPhone a longer aspect ratio. For now, Switchy is still a nice breath of fresh air for jailbreakers.