App studio Two Lives Left has launched its first App Store game for the iPad, called Cargo-Bot. What makes this release different from the thousands of other iPad games that came before it? Well, Cargo-Bot is the world’s first game to be coded entirely on an iPad itself.

Using a coding app for the iPad they created prior to Cargo-Bot, the guys from Two Lives Left designed and coded their new game on the iPad’s 9.7-inch screen. 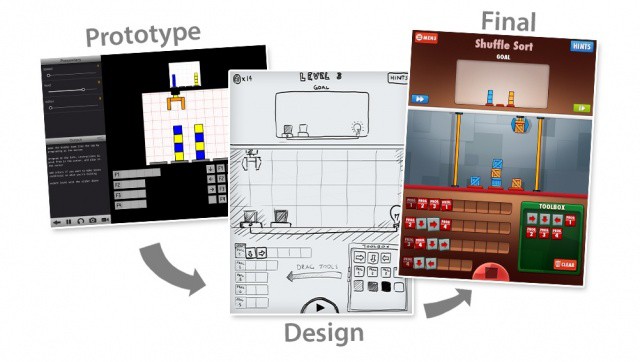 Codea is a $10 iPad app that allows you to code apps using the Lua programming language and run them in the Codea environment. After several months of working on the design, the developers from Two Lives Left used an unreleased Xcode template tool to get the app out of Codea and into the App Store. The Cargo-Bot music engine and score was made with Codea’s sound API on the iPad.

Once Two Lives Left releases the Codea Runtime Library source code, registered iOS developers will also be able to create apps with Codea and publish them in the App Store.

For something that was made on a tablet, Cargo-Bot looks impressive. The graphics are well done, and users seem to enjoy the actual gameplay. If anything, this app is proof that the iPad can replace a traditional desktop computer for even a developer. While all the tools and features aren’t there yet, more is being done to turn iOS into the ultimate content creation platform.

Cargo-Bot is available in the App Store for free.