Apple’s been getting a lot of flak lately for its heavy-handed App Store policies – a direct consequence of its new-found status as a market leader, says author Graham Bower.

For years, Apple capitalized on its underdog status, able to skirt the rules because it was always coming in second.

But now that it dominates with products like the iPod and iPhone, it’s getting the same kind of grief that dogged Microsoft for years.

Bower, who lives in London, has just published a fascinating new book called Secondonomics: How Coming Second Can Be a Winning Strategy, which is about the advantages of coming second. Contrary to popular belief, winner doesn’t take all. Take for example what happens to the first penguin into the water versus the second. Which one gets eaten?

Apple figures large in Secondonomics. Bower argues that Apple has gotten a lot of passes because of its underdog status.

“The Mac has a big advantage over Windows because it’s the second most popular desktop OS,” says Bower. “It’s not targeted for viruses as much, and it’s not targeted for anti-trust cases. Can you imagine Microsoft getting away with hooking something like MobileMe so tightly into their OS?”

Hit the jump for a fascinating IM interview with Bower, who’s a smart cookie. Bower has a lot of insight into Apple, coming second, the challenges Apple faces as it becomes bigger, and Steve Jobs’s psychological need to be an underdog. 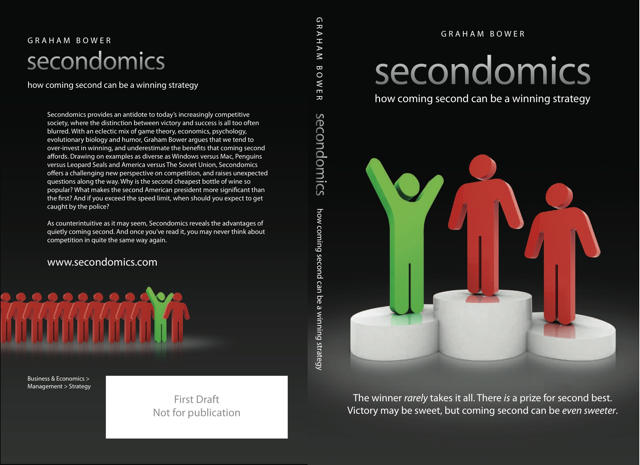 Secondonomics: How Coming Second Can Be a Winning Strategy is available from Amazon for $7.

CoM: Tell us about your book.

Bower: It’s all about the advantages of coming second, and how we often miss them, even when they’re right in front of us.

I come at it from a perspective of game theory and economics, but it’s not too techie.

Apple and the Mac are one of the big areas that I explore. For example, the Mac has a big advantage over Windows because it’s the second most popular desktop OS.

Can you imagine Microsoft getting away with hooking something like MobileMe so tightly into their OS? 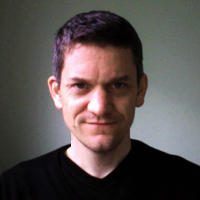 Bower: The main message of the book is to raise consciousness of what I call “leadership bias.”

I argue that our society is becoming increasingly competitive, and as a result, we increasingly fixate on winning rather than thriving.

There’s a line that I use about the distinction between victory and success. People have to struggle to understand it, because they don’t differentiate between the two. That’s the larger lesson. You can be successful without winning.

The winner doesn’t take it all.

Bower: The other secondomics perspective that I have on Apple is that it is a challenger brand.

In this sense, it defines itself in the negative space left by a larger competitor. Like Virgin Atlantic, who claim to “stick two fingers up at the big boys.” We’re very indulgent of this attitude in underdogs. They can get away with it.

If Microsoft did ads as negative as “Hello, I’m a Mac”, they’d get a lot of criticism.

The classic ad campaign from Avis in the 1970s is the best example of this: “We’re number two, so we try harder.”

I think Steve Jobs thrives on being the underdog. It’s what gets him up in the morning. If he didn’t have a bigger competitor to outsmart, life would not be so sweet for him.

When Apple were market leaders with the Apple II in the 1980s, he had to synthesize an underdog status for the Mac development team with the whole pirate skunkworks thing.

CoM: Right, Jobs has always defined Apple against a bigger competitor: first IBM, then Microsoft; and as you say, even within the company itself. Pirates vs. bozos.

Bower: Exactly. It’s hard to imagine one without the other.

CoM: Isn’t it a well-studied phenomenon? Coke vs. Pepsi?

Bower: Challenger brands – yes. I think there’s nothing entirely new in the book, so much as bringing things together in a different way to provide an alternative perspective on things.

Plus, offering an accessible, entertaining way into some game theory (hopefully entertaining!)

I use game theory to make analogies between business case studies, and examples of secondomics in evolutionary biology. Like the way that penguins hesitate at the waters edge. None of them want to be the first into the water, for fear of being caught by a leopard seal.

And in other competitive fields, like sport. The way in which the best spot in a cycling peloton is right behind the leader at the head of the peloton.

CoM: So is Apple in danger if it becomes a market leader? And what about the iPod — where’s the challenger brand to the iPod?

Bower: It’s interesting, because companies do struggle when they become the leader. It took a long time for IBM to find their footing, and learn to play “nice.” Microsoft were so used to fighting hard to succeed, that when they finally won, they didn’t notice, and the tactics that served them well on their way to the top started to give them a bad name once they’d reached it.

Apple comes off as high-handed sometimes, and this will become more of a problem for them as they continue to grow.

Some problem for Starbucks – everyone loved them until they become too successful. Suddenly they were everywhere, and they started to seem more like McDonalds.

Bower: Yes. I think that’s a great combination – it’s better that way. They get to keep some underdog status, whilst having enormous influence in entertainment and music.

I think the skunkworks is also part of the answer.

It’s amazing to consider what Apple can achieve with the relatively small team they have on Mac OS X in comparison to Microsoft’s Windows team.

In order to make sure that the music business at Apple stays innovative and vital, I suspect that Steve Jobs will try to protect his “A team” from the growing bureaucracy… encouraging them to think different

CoM: Jobs for a long time has believed in small teams. You know the story about the original Mac team being exactly 100 members? If a new member joined, someone had to go. He maintains that at Apple today. He has a core ‘A-team’ of about 100.

Bower: Didn’t know that. That’s really interesting. Isn’t that something to do with the optimal group size in human societies? It brings to mind a chapter from Guns, Germs and Steel. Something about how many people one can know personally within a group before it subdivides. It’s a tribal thing, and Steve Jobs seems to run things on very tribal lines. I think that might be part of the whole underdog thing.

CoM: That was his rationale: he couldn’t remember more than 100 names. He’s said similar things about Pixar. He kept it small to keep it manageable.

Bower: It’s clearly working for him!

CoM: Yeah, but you see the news out of Disney? Next three Pixar movies are to be sequels. Doesn’t look good. John Lassetter had a great quote about Disney: “These were the people that put out Cinderella II.”

Bower: Oh dear. I hadn’t heard that. It would be a sad day to see Pixar lose their edge. I always loved the story about how they scrapped the original straight-to-DVD Toy Story II, because it wasn’t good enough. Don’t know if it’s the whole story, but it is a great story.

If Pixar loses its edge as a result of the stifling embrace of Disney, it’s another great example of the disadvantages of winning. Bring back Michael Eisner, so that they have someone to fight.

Something similar seems to happen at Microsoft. So many smart people work there, and yet so few smart ideas make it out of MS as products. Slowly the smart ideas are watered-down through process, and committee.

CoM: Jobs has made sure it hasn’t happened at Apple. Are there other secondonomic points about Apple?

Bower: There’s a chapter on early adopters, where I explore the advantages of waiting for a technology to mature, (ironic really, since I’m the archetypal early adopter, myself). I look at emerging standards like MS Plays for Sure and Apple’s FairPlay, and the way that MSN Music Store tracks are no longer supported.

It goes onto a wider discussion about how the entire IT industry is fixated on second releases: Web 2.0, etc. And the downside – second system syndrome

It’s the idea that a second version of a software product is often loaded with unwanted features.

Fred Brooks coined the phrase. A software equivalent of the sophomore slump, or the followup album.

CoM: And Apple: has it avoided the sophomore slump?

Bower: Yes. Apple has managed to avoid Second System Syndrome. I think because of Steve Jobs’s mantra of being as proud of what they don’t do as of what they do.

It’s amazing how strict they’ve managed to be about what features they’ve added to iPod over the years.

Other companies would have felt an overwhelming urge to compete on features, rather than overall product proposition.

Though it was getting silly for a while with copy and paste on the iPhone!

CoM: Good for you. I see you’re a runner too. I hate running personally, but ride a bike.

Bower: I was never into fitness at all before the chemo. I was quite a slob, to be honest. But the whole experience gave me a different perspective.

Bower: Yeah! Chemo is quote a physical challenge, but I think it’s even more of a psychological challenge. I realized that I was stronger than I’d thought I was. Apparently this happens to a lot of patients that go through it.

CoM: Though I would never want to go through it, I’m kinda jealous of survivors. They’ve had a kick up the pants that propels them through life with a certain gusto. I’m too lazy to force it on myself. That make sense?

Bower: It makes a lot of sense.

It’s funny that something, which seems like a really bad life experience, can turn out to have real positives in retrospect – if you’re lucky enough to survive.

CoM: Yeah, surviving’s the key. Nice chatting with you. Good luck with the book.

Bower: Thanks. Great to chat. Thanks for your time.

Secondonomics: How Coming Second Can Be a Winning Strategy is available from Amazon for $7.