Apple’s main 1 Infinite Loop campus is home to a world class cafeteria called Caffe Macs. An Apple employee named James at Caffe Macs has spilled the beans on everything you could every want to know about Apple’s cafeteria, including lots of yummy food and a run-in with Steve Jobs himself. 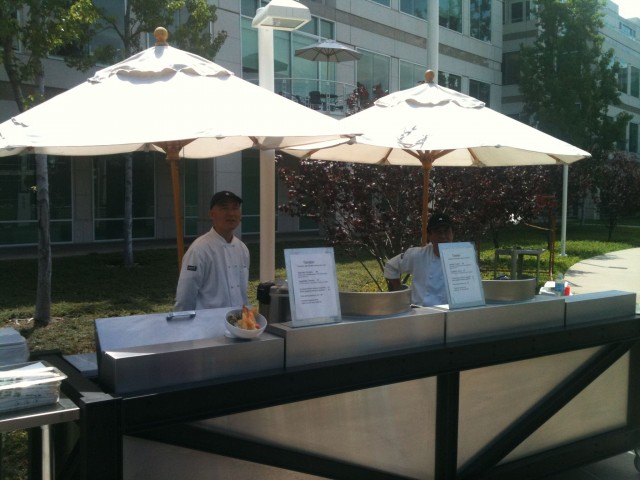 The Huffington Post has published a journal kept by James during a typical week of working at Caffe Macs. The article is formatted with different entries for each day of the week and subsequent times throughout each day with anecdotes and thoughts. It’s a fantastic read.

Here’s an excerpt about a run-in that James had with Steve Jobs in the cafeteria:

“1:15pm: Finish serving juices until lunch ends at 1:30. Juice bar closes at that time as well, though the adjacent gelato bar stays open the entire day. Some days I’m told to look out for Steve Jobs, who strolls in from time to time to grab a burrito, some lemonade and gelato. My first encounter was when he came up and asked me for a crème brulee gelato in a large cup. I, thinking the task was simple enough, scooped it and asked how him how it looked. “B plus,” he said with a slightly stern look, then said thanks and moved on. I only served him once more since, this time two scoops, “80% caramel pecan, 20% chocolate macadamia.” Said it looked good and proceeded to pick up lemonade. I usually spend until 3:00pm cleaning the juicers and the station.” 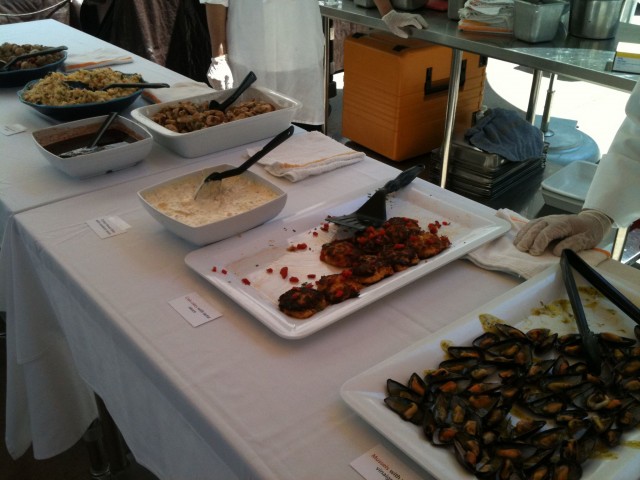 There’s plenty of interesting tidbits in the full article, including details about the huge “beer bash” that Apple throws for employees with bands like Maroon 5 and Colbie Caillat every two weeks. But the piece mainly goes to show the level of excellence that Apple strives for in every aspect of business — including what it feeds its employees.