Beware that next email from Apple, advising you of the imminent availability of the iPhone 5GS. If the transparent display and the fact that “5G” isn’t even a real thing yet didn’t tip you off, these emails are part of a new wave of phishing scams.

While you may be too savvy to fall for the scam that the phishers behind the latest wave of fraudulent Apple emails, you should warn the Apple lovers in your family, just in case, because to people who don’t follow the Apple RSS waves, the new phishing scam takes the form of emails that look awfully like official Apple communiqués, complete with Apple’s official fonts and styling. They even “come” from Apple.com.

If you end up being suckered into clicking a link to learn more about the mythical iPhone 5GS, you’ll end up downloading a Windows executable full of viruses and malware. It’s not really a big deal if you’re on a Mac, but it doesn’t hurt to get the word out: the iPhone 5 hasn’t even been announced yet, probably won’t come out until September, and if you get any emails from Apple claiming to want to sell you one, it’s real provenance is probably a computer in some Muscovite spam king’s subterranean lair. 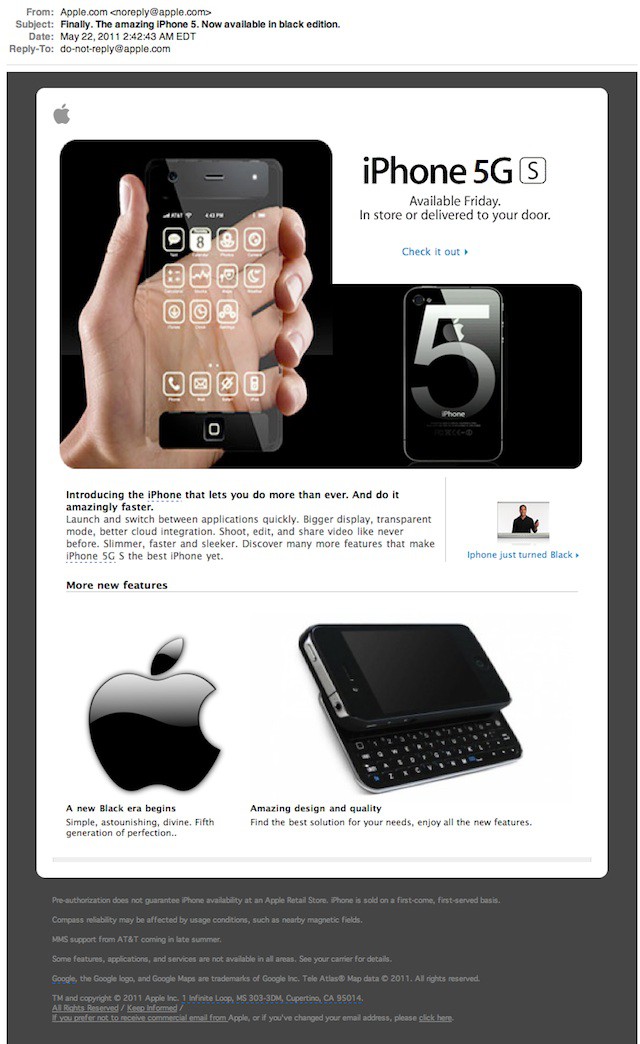