You may think the Apple Card is unlike any other credit card. Your credit score will now treat it like all the others.

Goldman Sachs, the bank behind Apple Card, says it is working with credit bureau TransUnion in reporting cardholder information.

While a story on the tech website MacRumors says Apple Card details will start showing up on credit reports within the next five days, some cardholders on Twitter say the Goldman Sachs name has popped up on their reports. 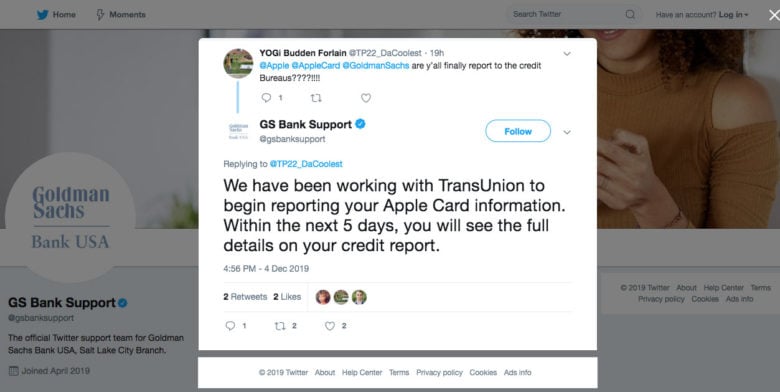 The Apple Card debuted this summer and, other than complaints regarding gender bias relating to credit limits, it has received mostly positive reviews. Goldman Sachs has said it will review its approval process but denies decisions are made based on gender.

In October, business news site MarketWatch reported that Apple Card payments weren’t being reported to credit bureaus. Goldman Sachs issued a statement saying it was “building this functionality” and that all transaction histories would hit the bureaus by the end of this year.