TikTok may be a bit of a head-scratcher for older users, but there’s no denying its popularity. According to a new report, the video-sharing app was the most popular iOS app for the first quarter of 2019. 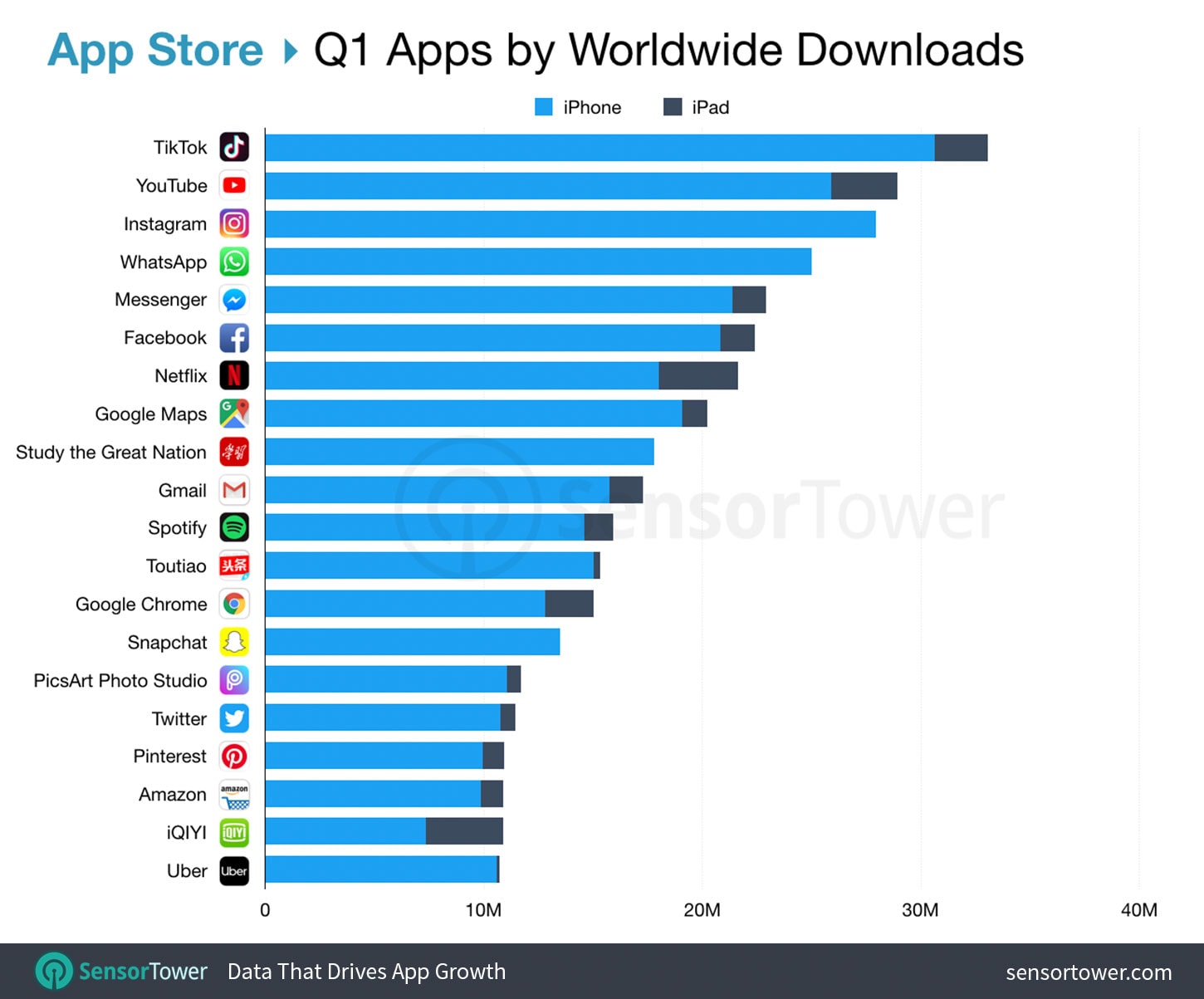 This is the fifth consecutive quarter that TikTok has been in the number one spot. It was first launched in September 2016, and rapidly shot to fame. In total, TikTok has amassed more than 1 billon downloads around the world — with a large number of those users being in China and India, two of its biggest markets.

Don’t necessarily expect TikTok to continue its winning streak for Q2 2019, though.  TikTok was recently given a temporary ban in India — where approximately 300 million of its users are located. During the temporary ban, TikTok said that it incurred losses of up to $500,000 per day. This put more than 250 jobs at risk.

The app wasremoved after accusations that it encouraged pornography and could pose a danger to kids from sexual predators. However, the decision was eventually overturned after a plea from developers Beijing Bytedance Technology. It is now available for download once more.