Amazon hosted its annual “secret” event this morning in Seattle where the company unleashed a tidal wave of new Alexa-powered Echo products that are designed to take on pretty much every major tech company in the world.

From its new microwave to a pricey new subwoofer, Amazon has a new product for pretty much everybody at every price point. The event was so action-packed it was hard to keep up with the catalog of new options, but we’ve rounded them all up so you can figure out what Alexa products you should splurge on next.

Check out all these new goodies:

One of the newest Echo companion devices is the new Wall Clock that makes it easy to set times, alarms and reminders. It connects to other Echo devices through Bluetooth so you can command it from a different room. Units will ship later this year and only cost $30.

We’ve seen a lot of HomeKit-powered wall outlets, but they’re about to get some serious competition from Alex. The Amazon Smartplug comes with WiFi Simple Setup to make it easy to turn dumb devices into smart ones. Just tell one of your Echo products to turn on the coffee machine and it will communicate with your Smartplug to get your brew going. Smart Plug ships next month and costs $25 per plug.

Microwaves haven’t seen many innovations in the last few decades but that’s about to change. The new AmazonBasics Microwave comes with dozens of quick-cook voice presets. Don’t know how long to nuke your frozen peas for? Just Ask Alex. Everything can be operated via voice command so you just tell it to run for three minutes at medium power. It only costs $60 and it comes with built-in Dash replenishment so you can automatically order things like popcorn when you’re running low.

Amazon completely redesigned the Echo Show with a new sound system. It packs dual 2-inch Neodymium drivers, a bass radiator and Dolby processing for better audio. Up front you get a 10-inch HD display combined with an 8-microphone array. It costs $229 and ships in October. 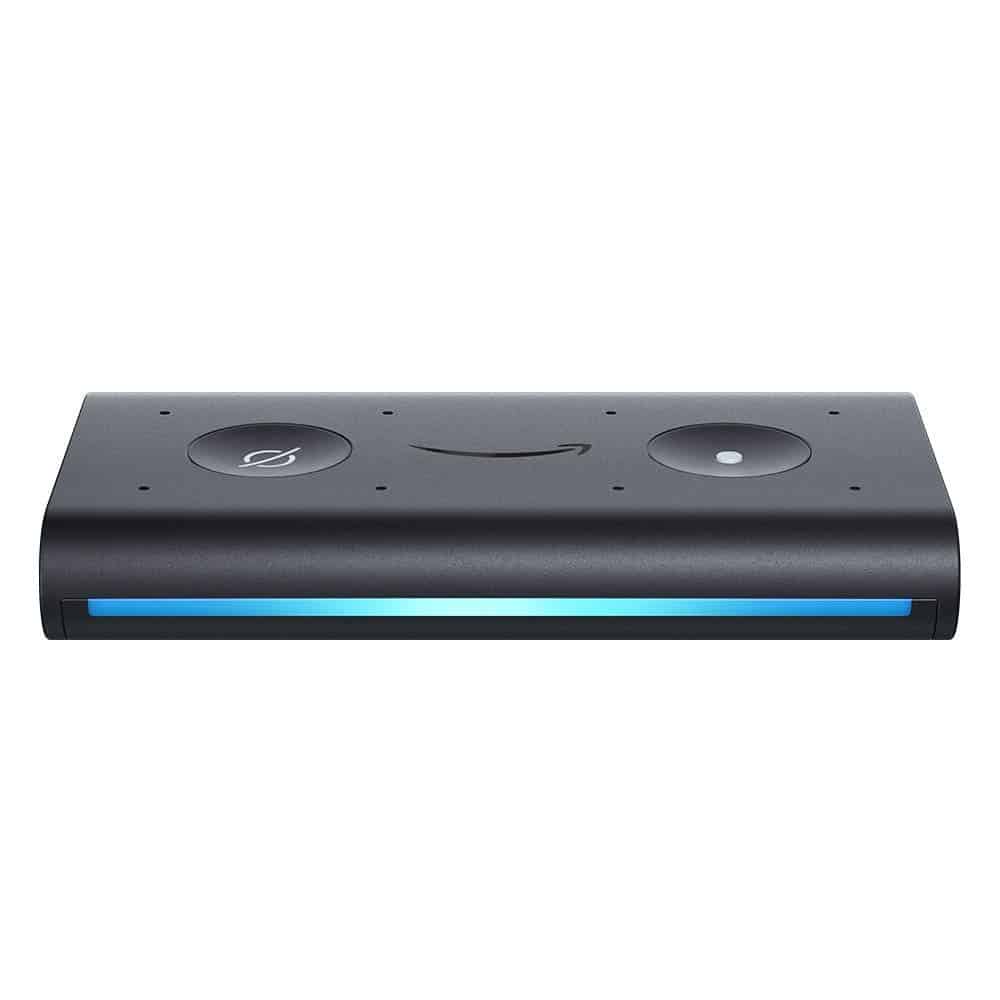 Alexa is about to invade your car with the new Echo Auto that mounts on your dash and puts an 8-mic array in your vehicle to take your Alexa requests. You can get directions via Waze or use the device to do other things like add items to your shopping list. It connects via Bluetooth and costs $50 but the invite-only version costs just $25.

The redesigned Echo Dot is 70 percent louder than its predecessor and better looking too. It has a fabric covering on top and looks less metallic than the last one. Priced at $49.99, it comes in three colors (white, light gray and charcoal). You can pre-order one today with units shipping next month.

Amazon is making it easier to turn old stereos into smart speakers with its new Echo Input. It’s basically an audio adapter that brings voice control and streaming music to stereo systems. It packs a microphone but doesn’t have a microphone and costs $34.99.

Need more bass in your house? Amazon’s new subwoofer can be combined with two or more Echo speakers to provide 100W of bass thumping sound. It costs $130 and ships next month.

Aimed at the high-end audio market, the Echo Link Amp costs $300 and comes with a built-in 2-channel amplifier as well as digital and analog inputs and outputs. Its compatible with existing stereo equipment and can be completely controlled through your Echo or Alexa app.


Like the Echo Link Amp, the Link allows you to connect to a receiver or amplifier. It comes with digital and analog inputs and outputs to adapt your old audio system into the age of smart audio systems. Sonos better watch out because it’s priced at just $200 and could be a gamechanger.

Adding some extra security features to your house is getting easier with the new Ring Stick Up Cams. They can be powered via batteries or from a wired connection. You can use them indoors and outdoors. Video is recorded in 1080p and can be livestreamed to the Ring app. Amazon is keeping the price the same as the old version at $180.