The Boss Katana Air looks like the ultimate living room amp for guitar players. It looks cool, it runs off mains power or AA batteries, and it features a wireless dongle that plugs into your guitar and means you never need to trail a cable across the room ever again. It even has a companion iOS app so you can tweak all the settings not available from the knobs and buttons on top of the amp.

Boss’ Katana series of amps have become super popular since their recent launch. They’re inexpensive, yet well-built, and great-sounding. They also skip mimicking the sounds of old vintage tube amps, and instead have their own character. They also pack in tens of Boss effects (Boss is primarily a guitar effects pedal maker), and you can deep-edit these effects, as well as combining them to make patches that can be stored on the amps and recalled later, without being hooked up top a computer.

The Katana Air is the latest in the line, and looks to be aimed square at guitarists who play and practice at home.

The Katana Air has a boombox-style design, with a handle on the top panel, along with all the controls. The Air has two main gimmicks. One is the wireless dongle that detaches from its charging station atop the main unit, and plugs into your guitar’s output jack. This transmits the guitar’s signal to the amp without a cable, so you can wander around without getting tangled up.

The other gimmick is Bluetooth, which lets you edit patches in the amps using the companion BOSS Tone Studio app. Unlike the other Katana amps, which need to be plugged into a computer via USB to edit them, the Katana Air can be tweaked wirelessly. The Bluetooth connection also lets you stream music to the amp, either to listen or to jam along. 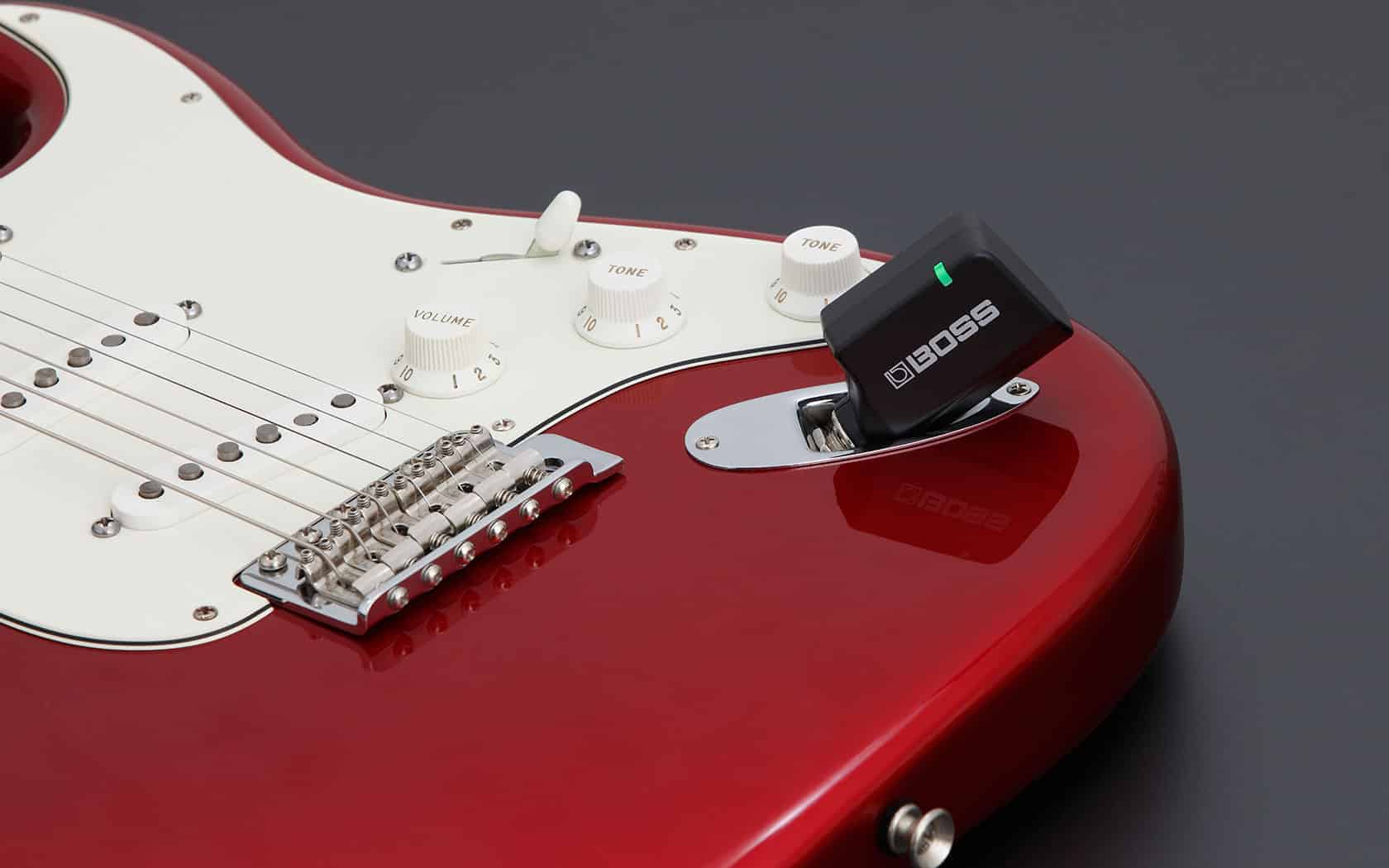 The Katana Air can also run batteries. Fill it up with eight AA cells and you can go for 7-10 hours away form a power outlet, depending on the kid of batteries you use. That makes it pretty good for taking out into the yard, or playing out on the porch, or even some light busking in the street.

Small all-in-one amps like this Katana Air are perfect for using at home. The portability is one aspect, but their all-in-one nature is also a boon. Instead of futzing with an iPad amp sim and all its connections, you just plug in. Instead of firing up a big old amp, plus a whole raft of effects pedals, you get everything in a box. It might not be as good as a fancier setup, but who cares when you’re just learning a song, or running through your scales and chords?

The Katana Air adds the extra convenience of battery power and completely cable-free playing, so you can just grab guitar and amp and play anywhere — good news if you don’t want to disturb the family, or if you fancy playing some blues outside while you watch the sun set. This looks like a real winner.