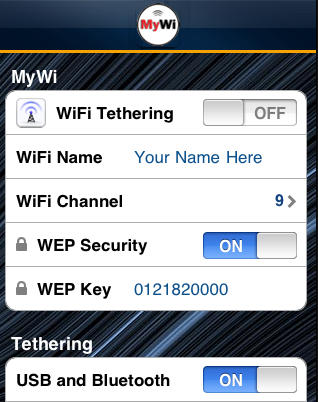 1) MyWi – Wouldn’t it be nice to share your iPad’s 3G connection with your other devices (assuming you own a WiFi+3G iPad)? With MyWi you can make your iPad a WiFi hotspot with one swipe. MyWi allows you to tether your iPad to any device capable of picking up WiFi. You can achieve even better connections if you tether using USB or Bluetooth, both of which are supported by this app. There is a free trial for this app but even if you decide to keep it, it will only cost you $9.99. MyWi is available in the Rock App Store.

2) Backgrounder – This app allows your iPad to utilize true multitasking. This function is great for people who love Pandora but wish they could do something else on their iPad while listening to this awesome music app. Now you can. Backgrounder is a free app available from either the Cydia or Rock App Stores and adds great flexibility to your device. You can have multiple apps running in the background. You even have an option of putting a label on the apps that are running so you don’t lose track of what is taking up your system’s resources. Again, this app is free and allows you multitasking that even iPhone OS 4.0 won’t live up to.

3) Winterboard – Winterboard allows you to customize the appearance of your iPad’s springboard — the screens filled with app icons. Think of the springboard as your “desktop,” or the place where all your app icons live. With Winterboard, you can change every aspect of your iPad’s look. From the carrier logo to the way your dock looks, everything is customizable and usually for free. Winterboard is a free app that is usuallly installed with your first app download from either the Cydia or Rock App Stores. 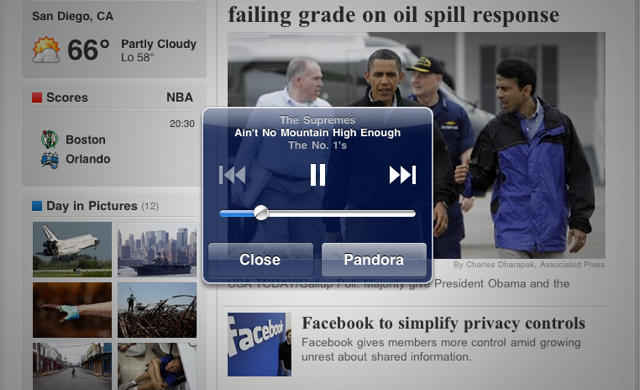 4) Music Controls – This app allows you to control virtually any audio app on your iPad. Works just like the existing iPod controls but with this app you can control apps like Pandora from your lock screen or within any app on your iPad. This app also allows you to maintain music controls on your status bar so you do not have to activate the iPod-like controls, just press the icons on your status bar to control the music. The app is free if you just want to use it with Pandora or $4.99 if you want to use it to control apps like Sirius/XM, Slacker, Last.fm and Rhapsody.

5) 3G Unrestrictor – This app is for WiFi+3G users. 3G Unrestrictor tricks your iPad’s apps into thinking they are on WiFi. This is awesome for apps like the iTunes Store. You will no longer be limited to downloads less than 20MB on the iTunes Store, the App Store, Skype or any other app you decide to unrestrict. This app is $2.99 and only available on the Cydia App Store. A similar app named My3G is available on the Rock App Store for $2.79.

Jailbreaking is easy, free and a fun way to deck out your iPad. Enjoy!

Here are easy, step-by-step instructions showing how to jailbreak your iPad using the Spirit jailbreak.