Apple’s upcoming fashion exhibition at the New York Metropolitan Museum of Art is set to open in May, but if you can’t make it to the Big Apple to see which designer pieces Jony Ive and Co. hand-picked as examples for how technological advancements have altered fashion, the museum has given a sneak peek at some of the weird and wonderful gowns that will be on display.

The exhibit will feature over 100 pieces made from the 1880’s up to 2015, including gowns from icons like Gabrielle “Coco” Chanel, Karl Lagerfeld, Christian Dior, Miuccia Prada, Yves Saint Laurent, and more.

Take a look at some of the pieces coming to the Manus x Machina exhibit: 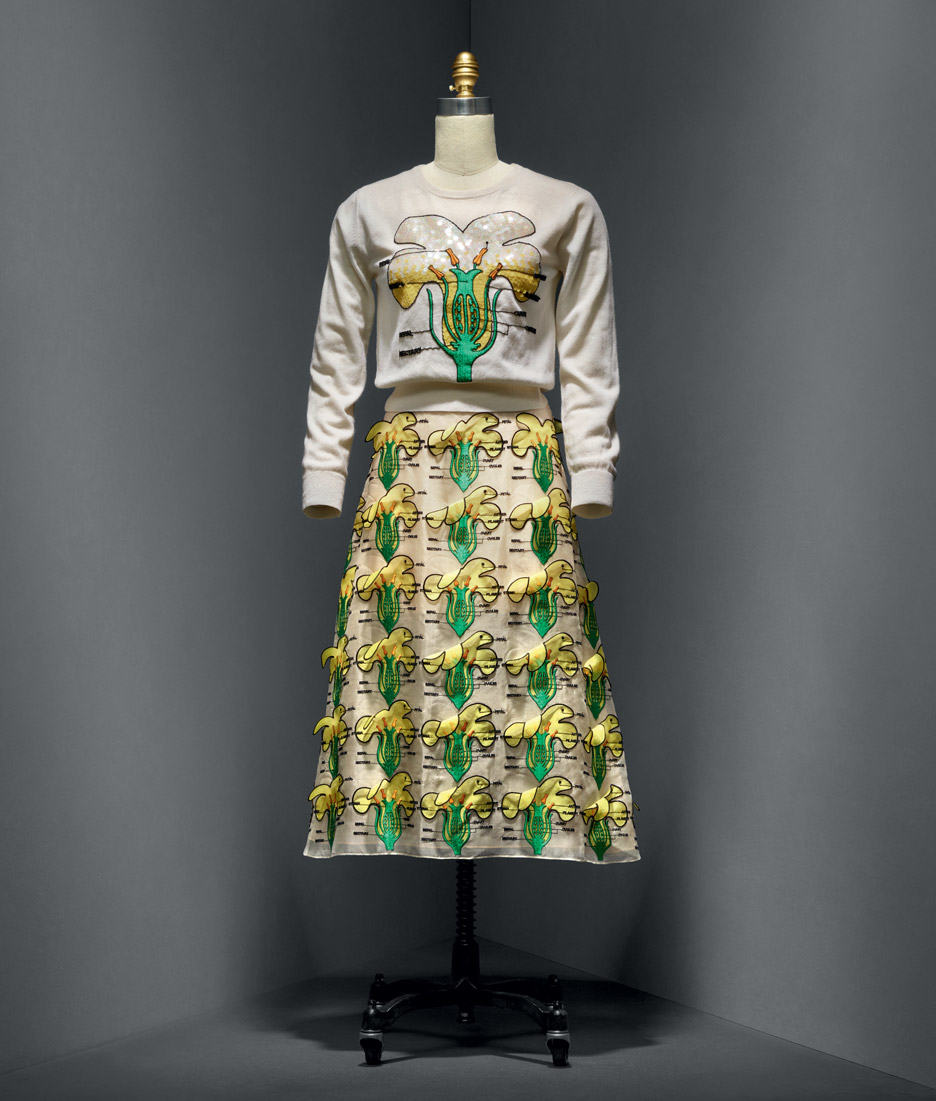 Kane 3D printed the flowers on this dress from his 2014 spring line. 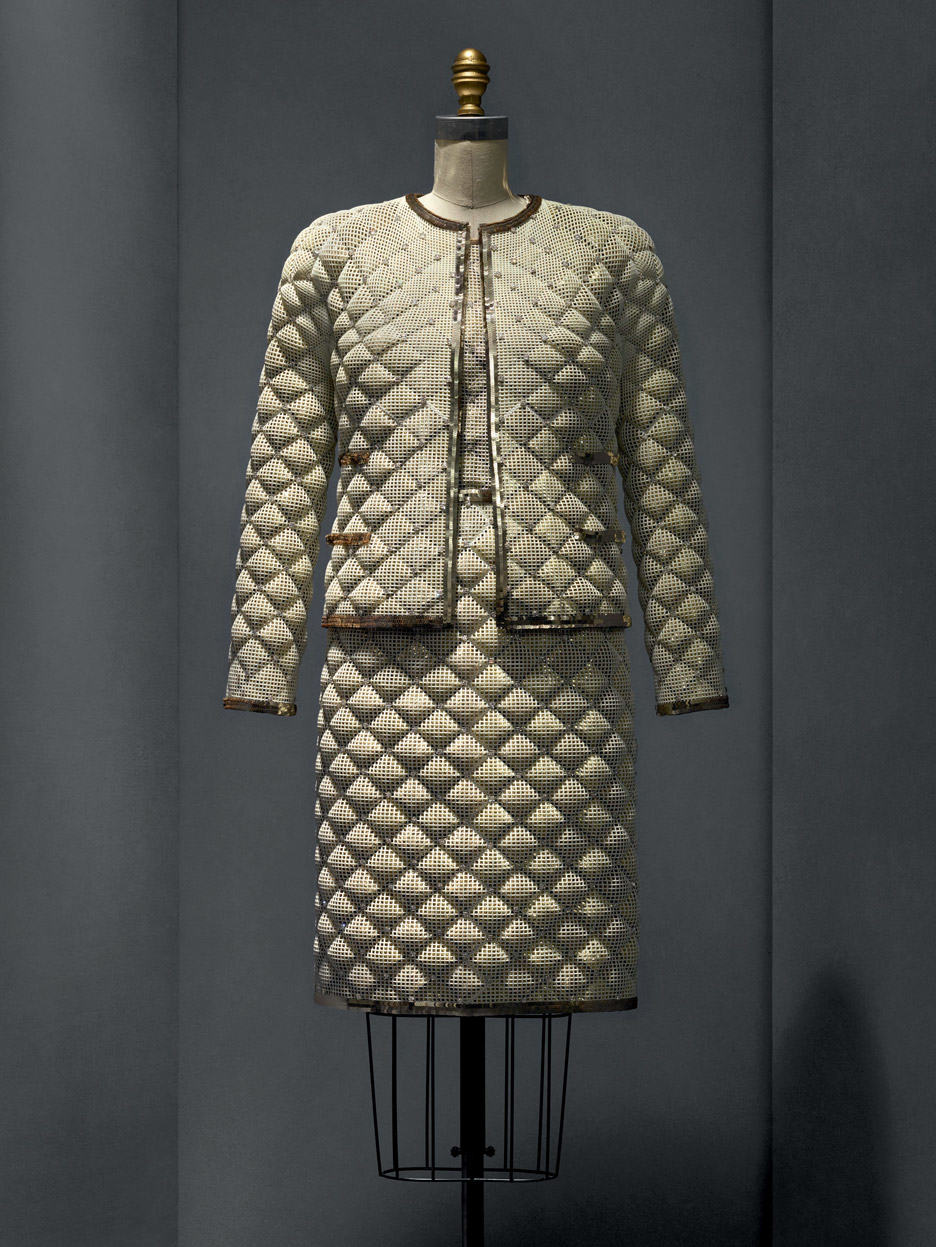 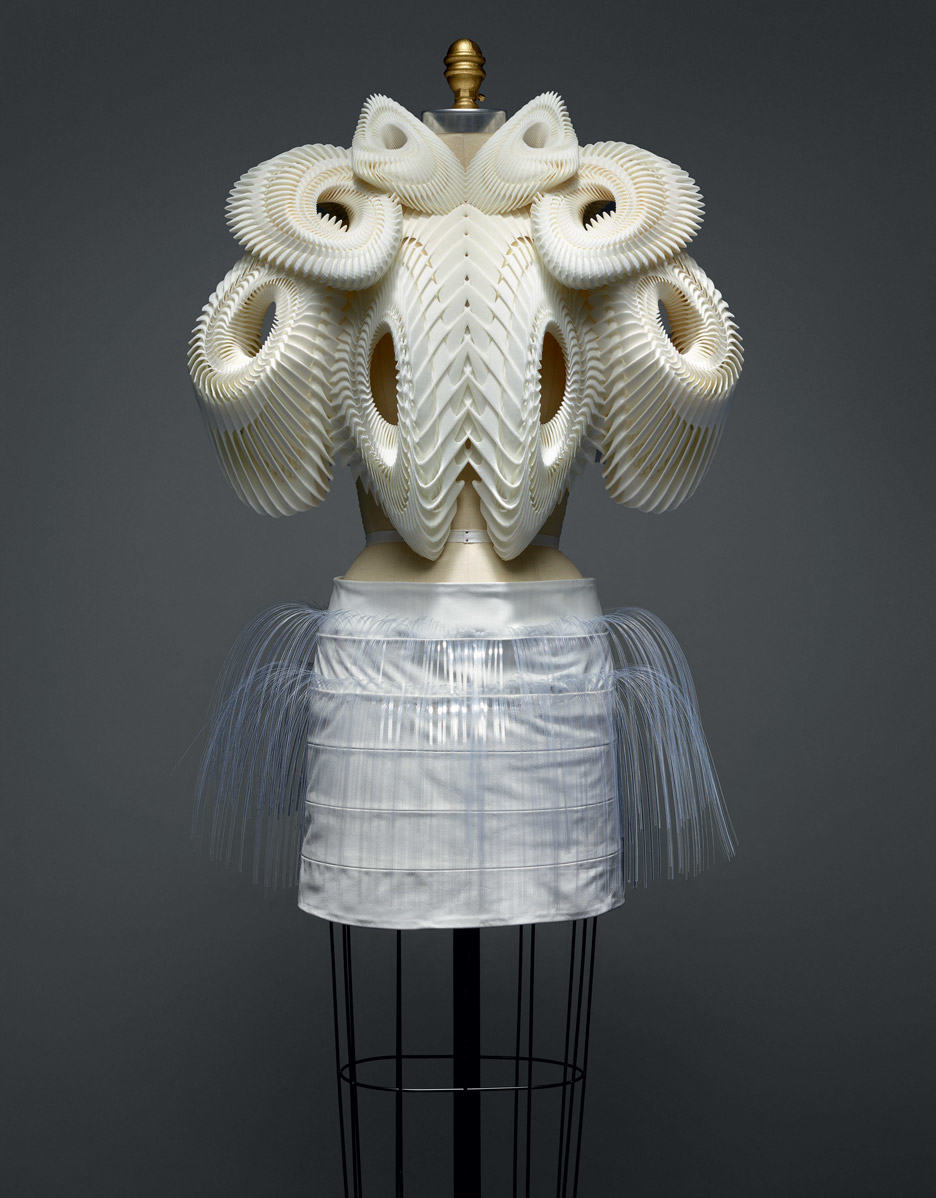 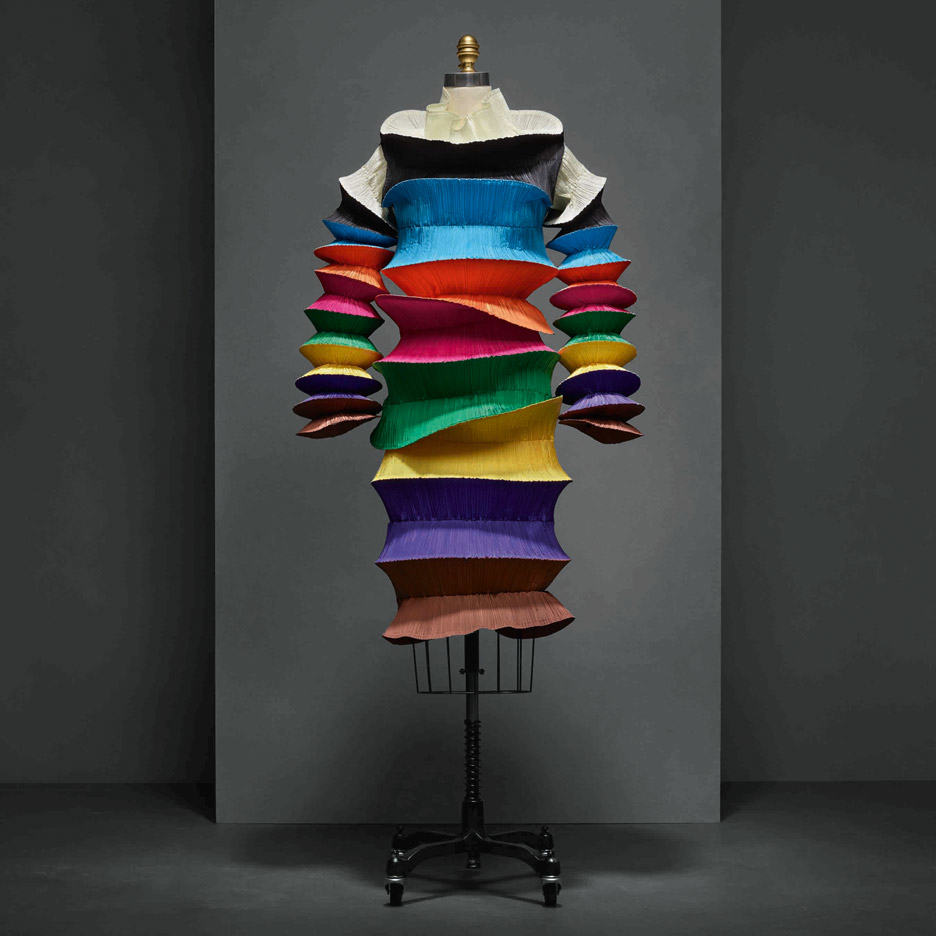 Created by Issey Miyake for her spring/summer 1994 collection, the designer used a heat press to pleat the dress, which can collapse into a circle, just like a slinky. 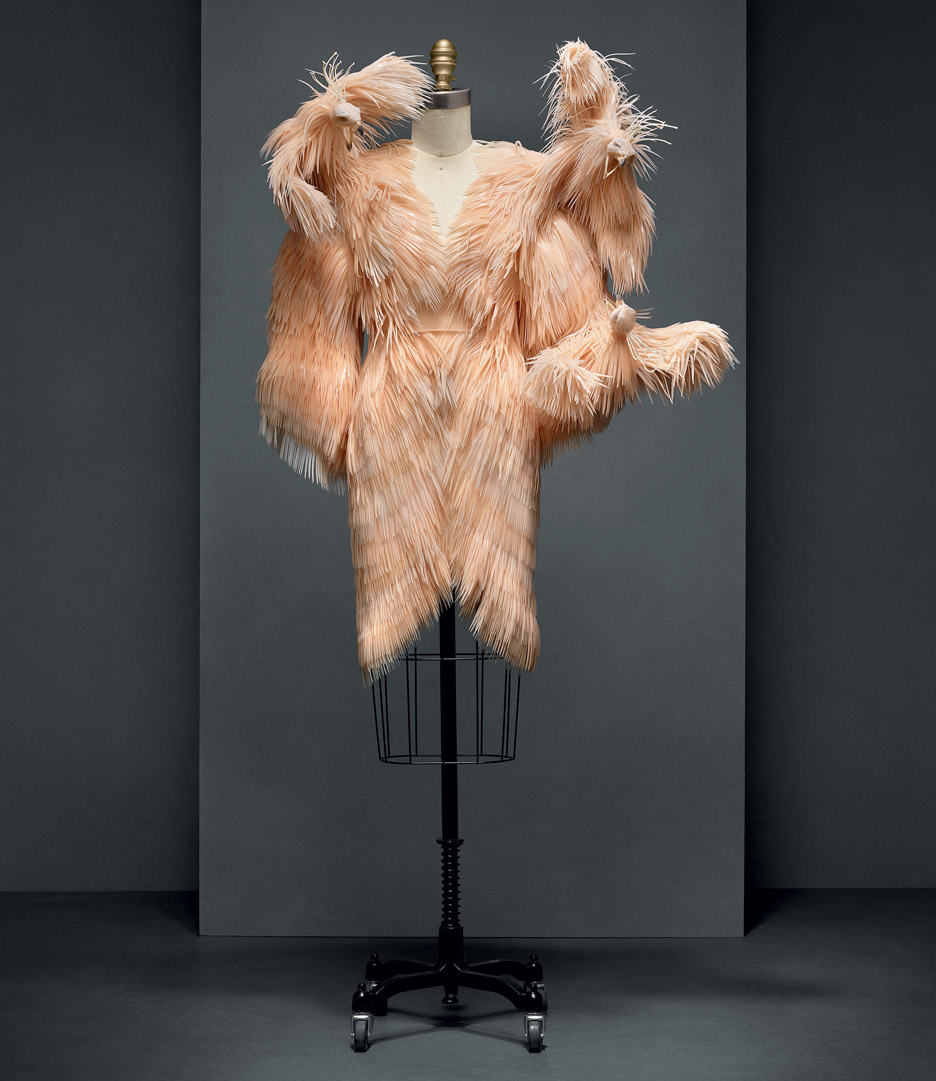 No flamingos were harmed in the making of this dress. The Dutch designer used Silicone and cotton as materials for this 3D-printed from her Wilderness Embodied 2013-14 haute couture line. This other-worldly gown was based on zoomed-in pictures of microorganisms taken by photography Steve Gscheissner. 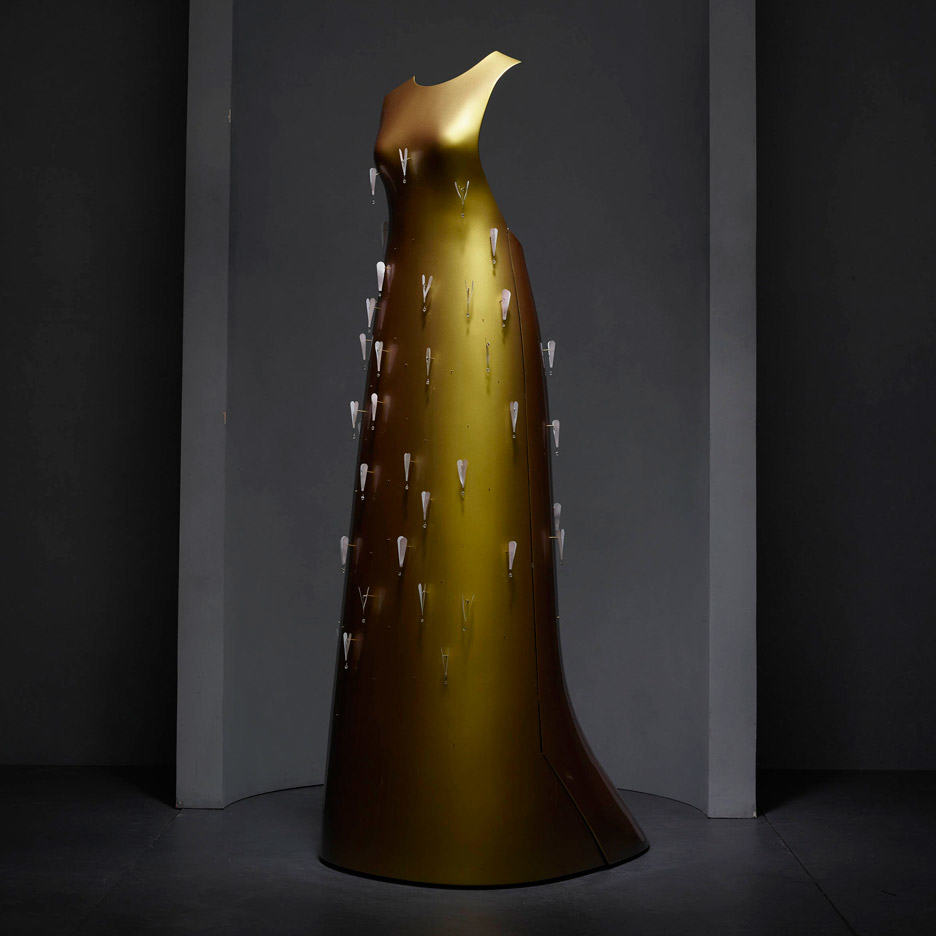 Hussein designed this dress with 50 Swarovski Crystal pollens. When released, the pollens can fly out from the dress, signifying new beginnings. 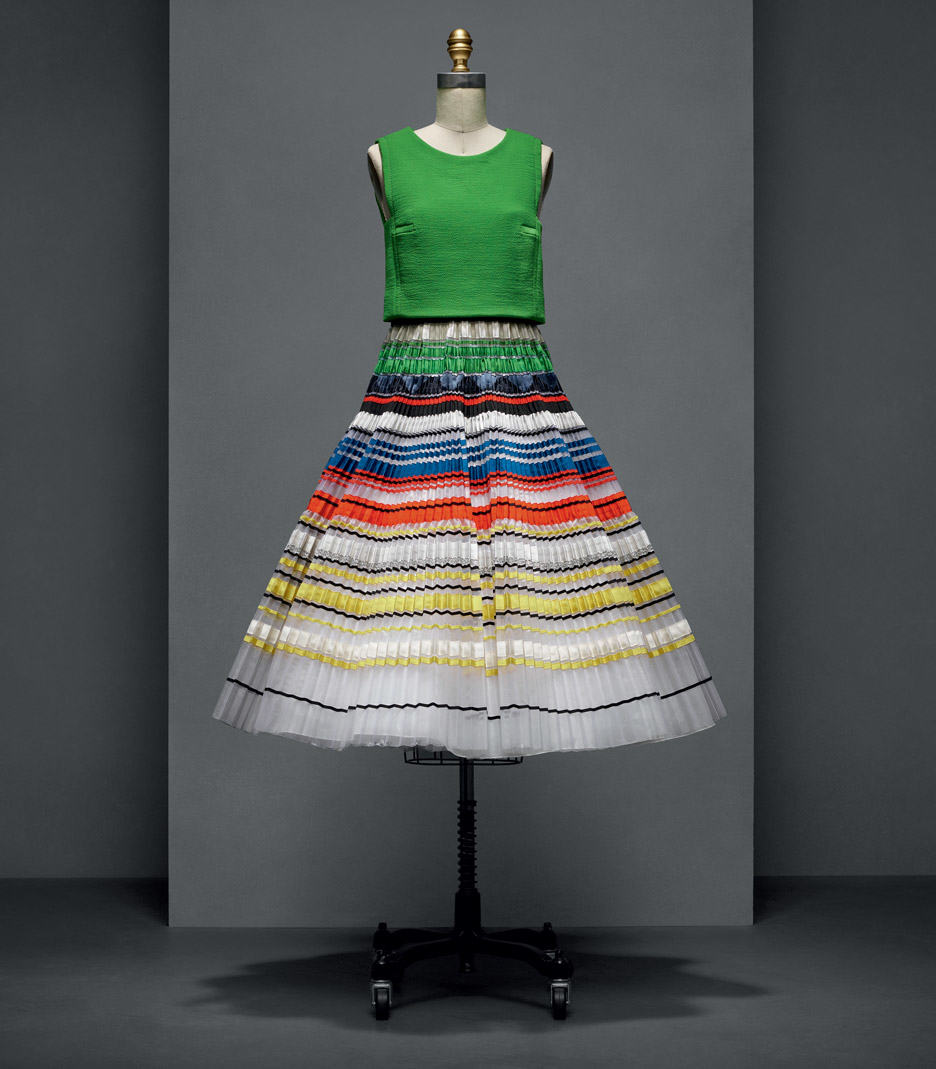 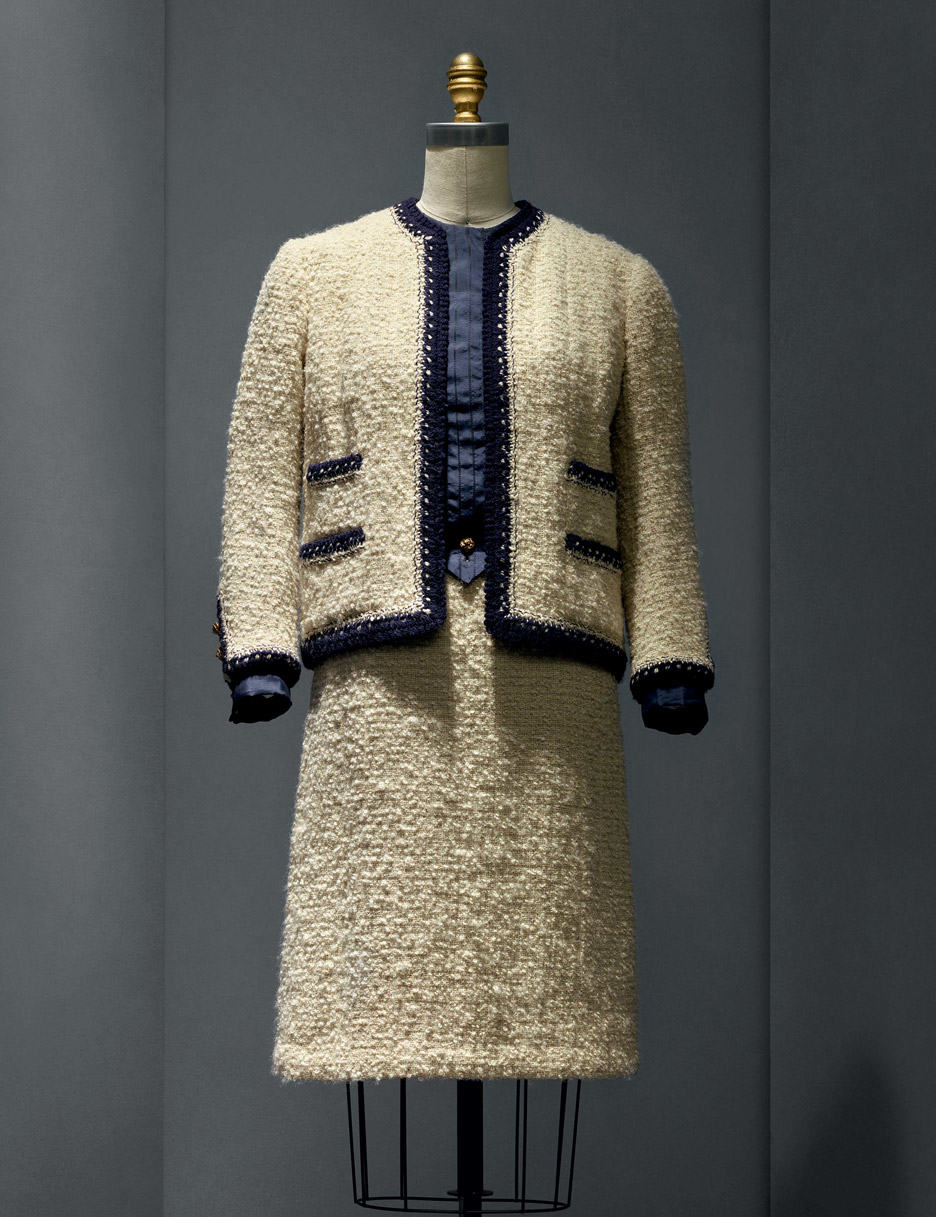 French legend Gabrielle “Coco” Chanel designed this suit made of wool and silk back in 1963 for her haute couture collection. 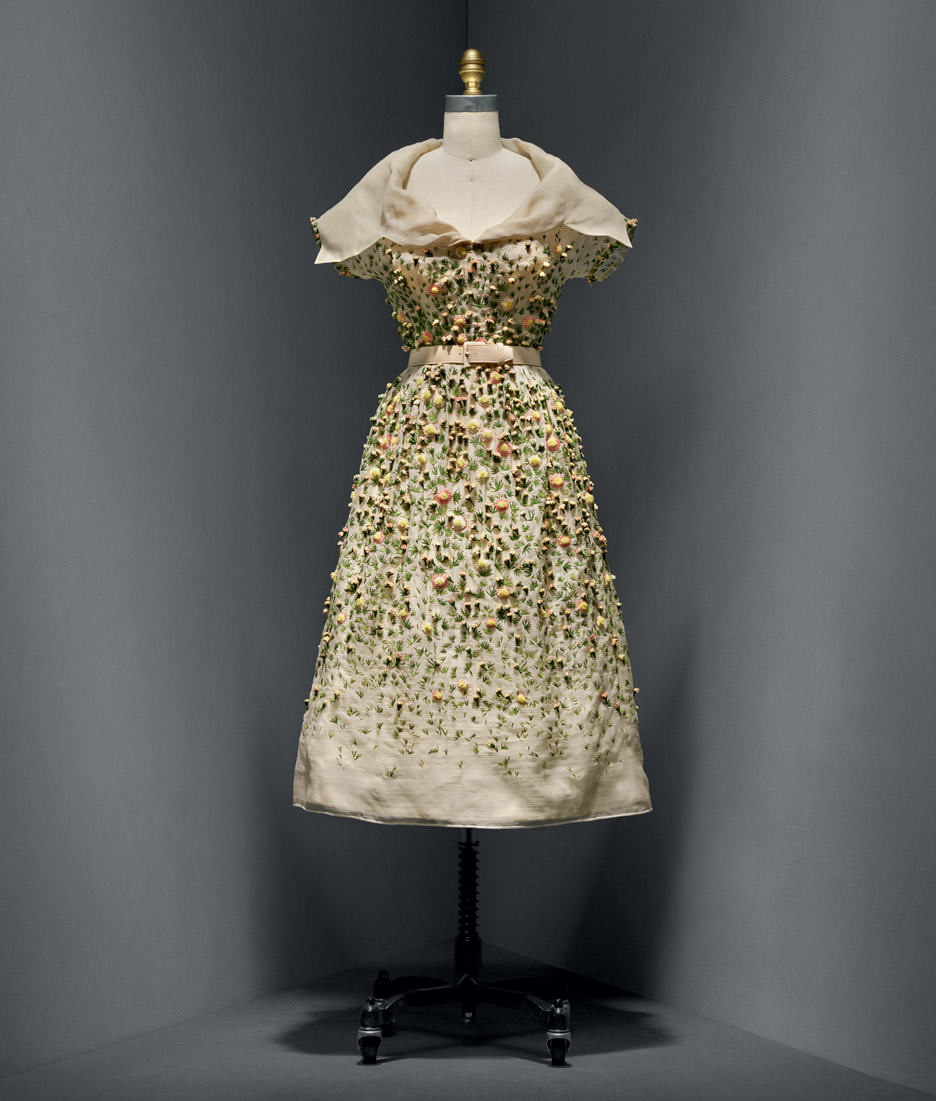 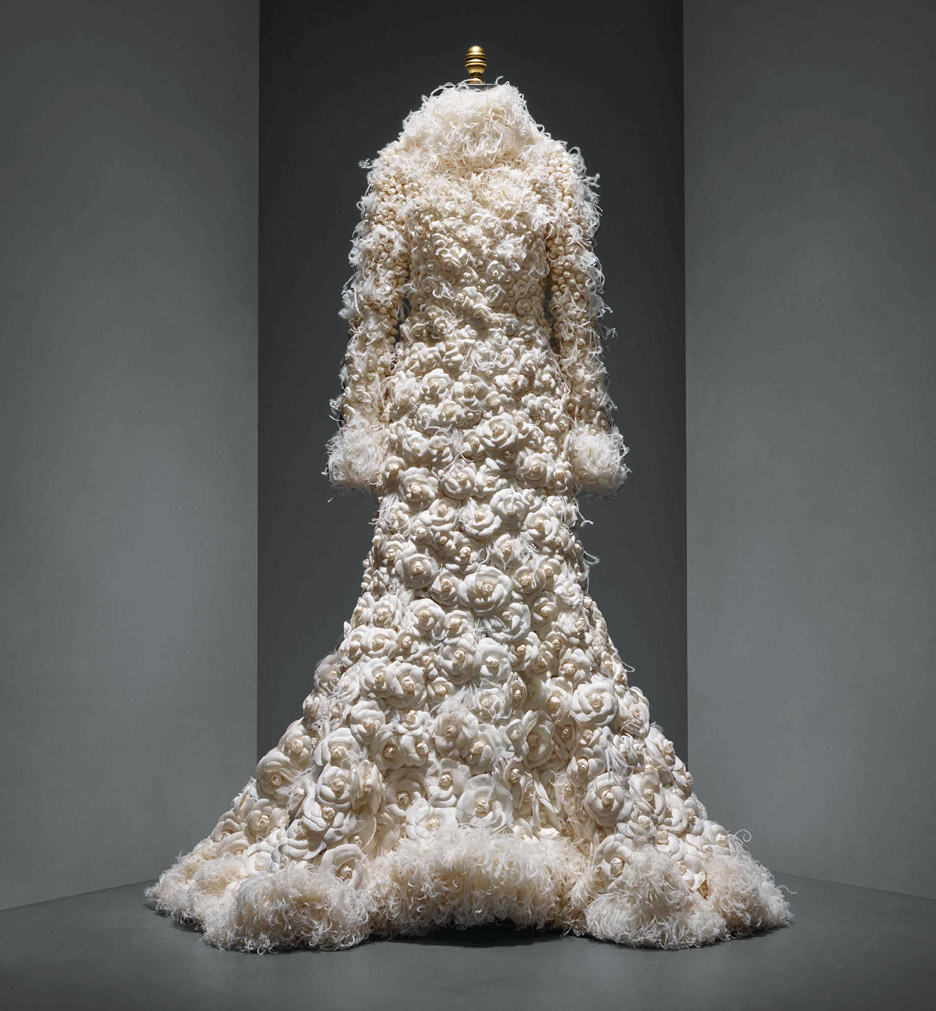 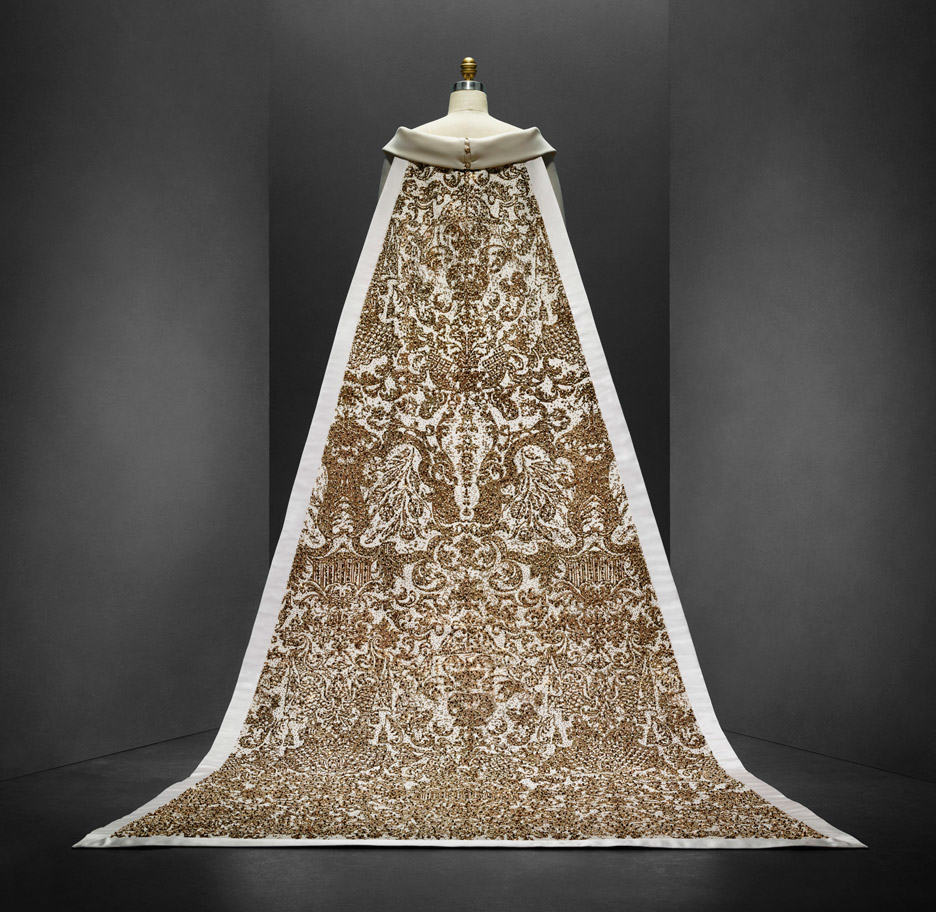 This wedding dress train was hand made for Chanel’s 2015 Patrimoine Collection, but the pixelated baroque pattern was created by Lagerfeld using a computer. 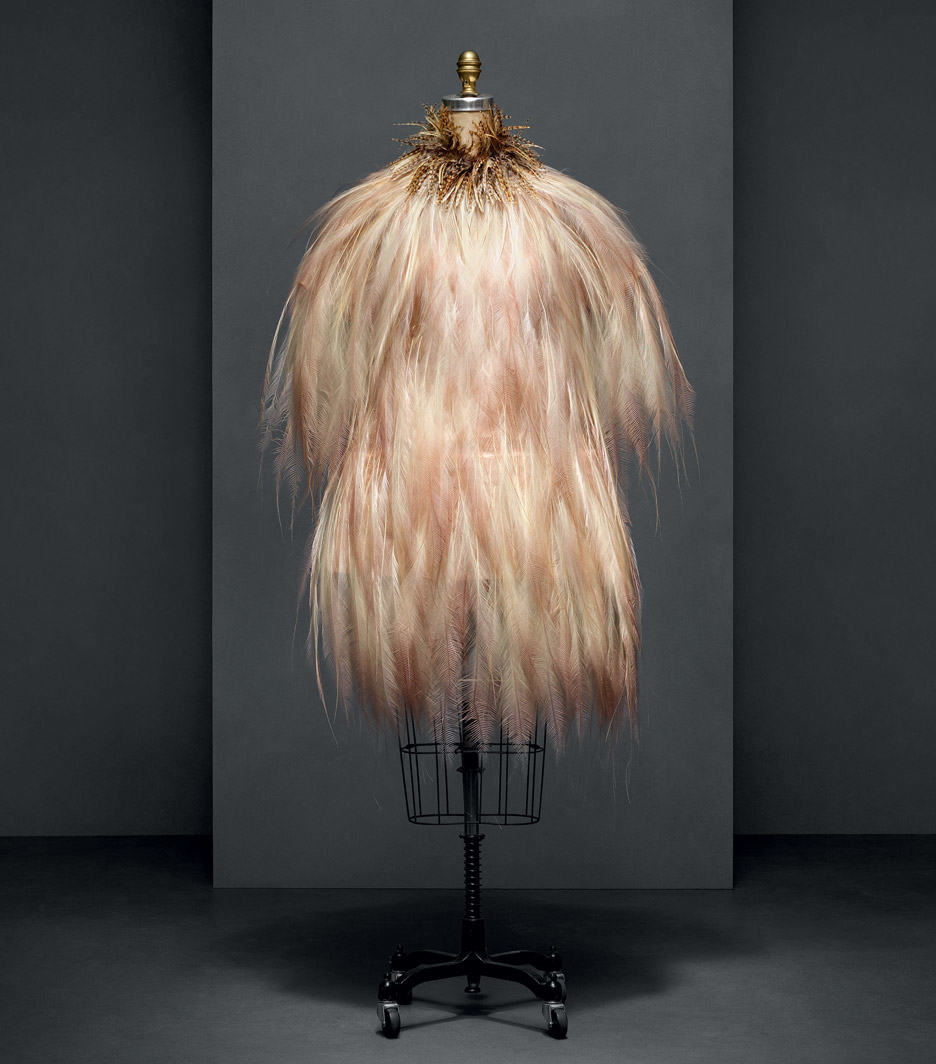 Yves Saint Laurent used silk and bird-of-paradise feathers to create this unique evening dress back in 1970. 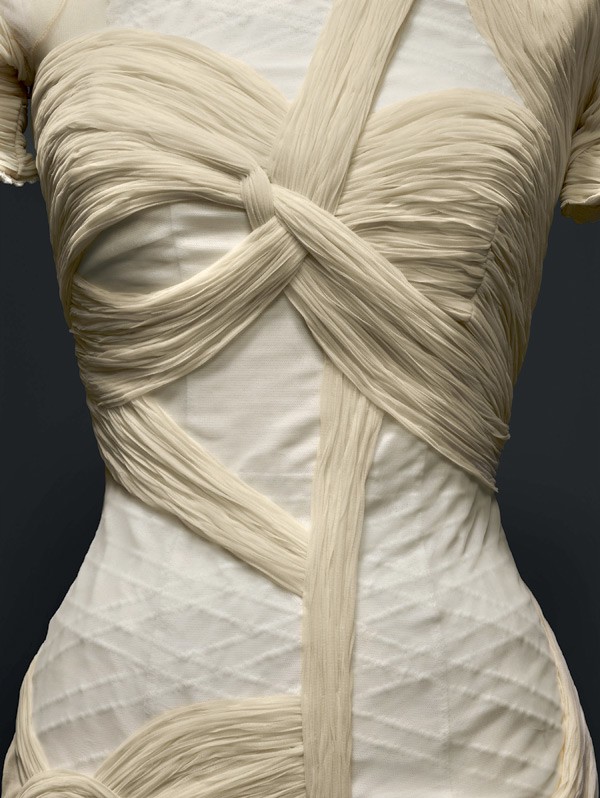 Ghesquière designed this dress for House of Balenciaga’s 2003 spring/summer collection.

Number of comments on this postLeave a comment
Posted in: News Tagged: fashion, Jony Ive, Karl Lagerfeld, The Met