There are many meal-tracking apps and iOS-compatible smart scales out there, but for really dedicated calorie-counters the problem with the majority of them is that they don’t give you the nutritional content of the exact meal sitting in front of you.

A new high-tech food scanner straight out of Star Trek hopes to help solve that problem, by giving you a new iPhone attachment called NutriRay3D, which will use 3D image processing to accurately calculate the volume and calorie measurement of any meal. 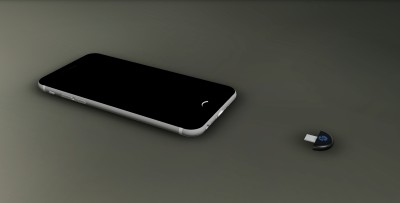 Currently the project is in the early stages of crowdfunding, with a fixed goal of $50,000 and pledge/perk amounts ranging from $199 (for the device itself) up to $10,000. A prototype is reportedly complete and functioning, and the creators say they have, “successfully tested the device and finished engineering validation testing.”

The plan is to enter the marketplace in December, although early pledges should get their hands on devices around September.

I don’t know whether the idea of a miniature Lightning-connected food scanner is too good to be true, but it definitely sounds like a device that would be valuable for everyone from research scientists and nutritionists, to athletes, gym rats, and parents looking to keep track of their kids’  diet.

You can check out a video below.