If you ever want to find some evidence of just how significant Apple is these days, take a look at how it can impact upon seemingly unrelated areas — like, say, tourism.

While you might expect Google search traffic for the term “Yosemite” to pick up significantly after Apple made its announcement (it did), so too did Wikipedia traffic for the Yosemite national park page, with a 50 percent increase in page views. 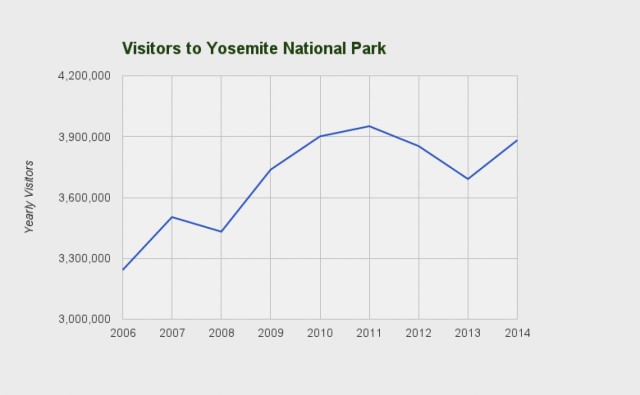 Most tellingly of all, Hotels.com reported a 21 percent spike in hotel searches for the area, although it declined to share actual data about completed bookings.

Considering that Yosemite saw a slowing-and-then-steady-decline in attendance from 2010 until 2014 (when things began turning around) it’s difficult not to give Apple a bit of the credit.

Fortunately for people benefiting from this uptake in tourism, this year’s OS X doesn’t divert from the naming scheme — with “El Capitan” being a famous rock formation in Yosemite.

Number of comments on this postLeave a comment
Posted in: News Tagged: OS X, Yosemite