Even with a little boost to 20MB over a 3g connection, and VoIP recently being allowed thanks to an SDK update, the iPhone’s potential continues to be impaired by data restrictions set by AT&T. If you’ve taken the plunge and jailbreaked your device, there’s a $2 app that will let you stick it to the man with unlimited data access over 3G. Incidentally, 3G Unrestrictor was one of my reasons to jailbreak way back in 2009. 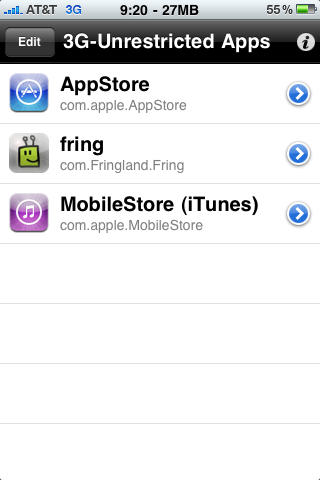 3G Unrestrictor is a sort of set it and forget it type application. In fact, if you’re familiar with Poof! you can hide the application once it’s set up. Also, do me a favor and hide Stocks, Clock, Calculator, and anything else you hardly ever use and just use spotlight to open from now on. 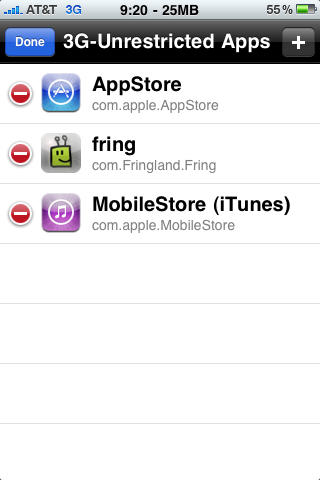 Choose the applications that you want to be unrestricted by the bindings of 3G data restrictions. Typically, you’ll want to unrestrict data hogging apps such as VoIP, Slingplayer, MLB.TV and the App Store. To add an app to 3G Unrestrictor open the app and hit the edit button to edit the list of unrestricted apps, then hit the add button. 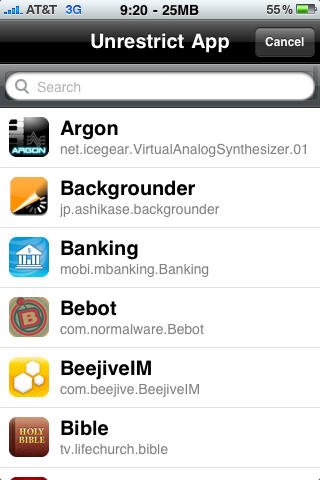 Scroll to or search for the app that you want to unrestrict and tap to add the app to the unrestricted list. If you add the App Store app, iTunes is automagically included in the unrestriction of 3G. 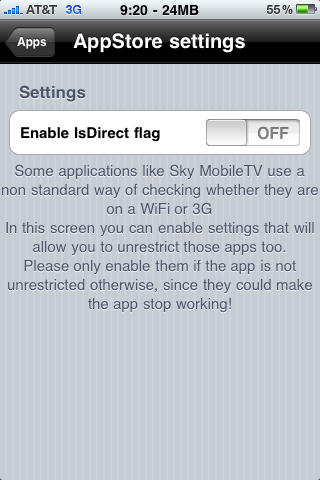 Open up 3G Unrestrictor  and select the troublesome app from the list. Hit the blue arrow on the right side of the screen to go to the advanced options. And by advanced options, there really is only one option: “Enable IsDirect flag.” You can turn this on if and only if 3G Unrestrictor is unable to conventionally unrestrict your app.

I must admit, there’s a reason why you don’t want to download crazy large file sizes over 3G. I’ve had some weird stuff happen where I’d download a large app, the transfer was interrupted, and then I’d have to login to the app store every time I restarted my phone even after the app was downloaded. I usually just give my iPhone a good syncing and everything is fixed.

There are still some great uses for 3G Unrestrictor even with Apple now easing some data restrictions. Let us know your favorite use for 3G Unrestrictor in the comments.
Leave a comment
Posted in: How-To, Top stories Tagged: iPhone, jailbreak superguide