The worst part about vacationing is coming back home and getting hit in the face with cold, hard reality. Excessive food consumption, relaxing atmospheres and sugary alcoholic beverages are out of your life and work is back in. But what if you take the travel part (not to mention the cost) completely out of equation? You get Flyover in Apple Maps.

Why vacation in this costly, unforgiving world when you can live vicariously through your iPhone, iPad or Mac?

Flyover, the immersive 3-D view in Apple Maps, now supports hundreds of cities around the world and Apple adds more all the time. In fact, seven more were added to the list just today so we thought it would be fun to take a look at the hottest vacationing spots of 2015, without even leaving the couch.

Get your summer vacay on at these hot Flyover spots:

Pro tip: Use an iPad for the best experience. It marries the touch immersion of an iPhone with the larger display of a Mac. 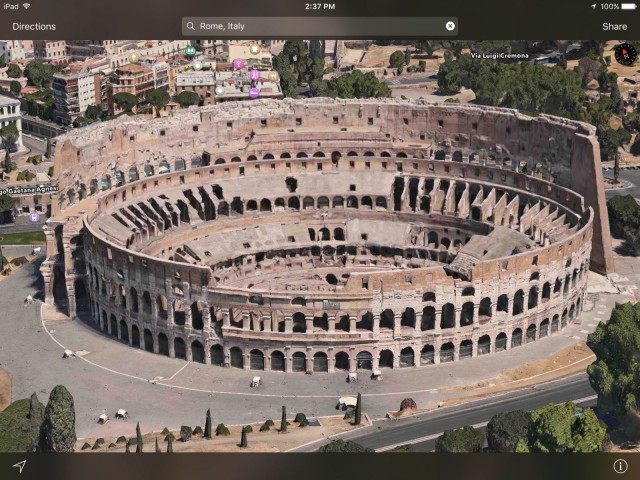 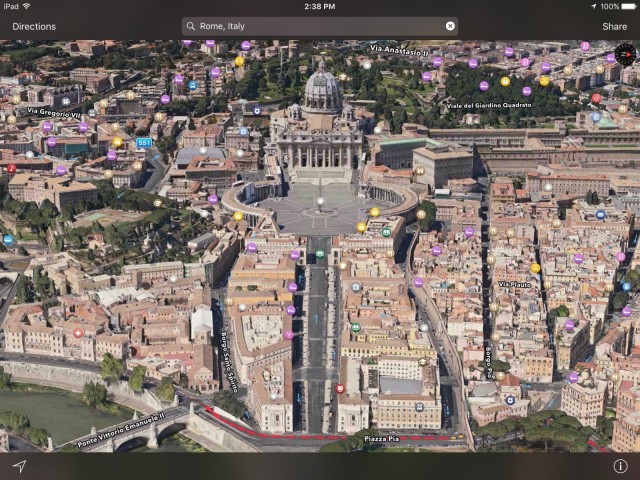 You can spend hours traveling through Rome in Flyover, which as a bonus does include Vatican City. The close-up shots of incredible landmarks like the Colosseum and St. Peter’s Basilica are breathtaking.The entire city is of course a beige overload, but given all that Rome has to offer, there’s a striking beauty to be appreciated. 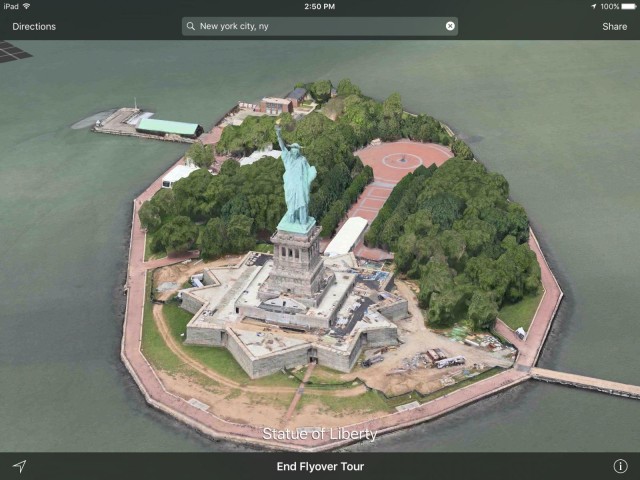 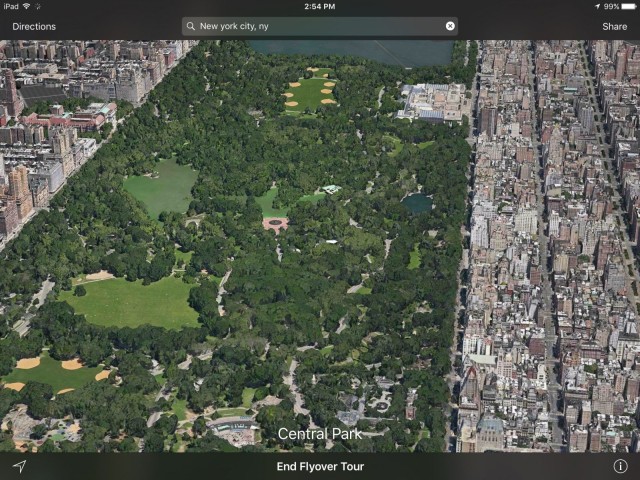 Okay, you probably saw this one coming, but it’s truthfully amazing to look at New York as if you’re in a plane. The Statue of Liberty of course is a night treat, but my favorite part of the view is Central Park. In between the wide expanse of tall, gray office buildings is this beautiful green rectangle devoted to nature. 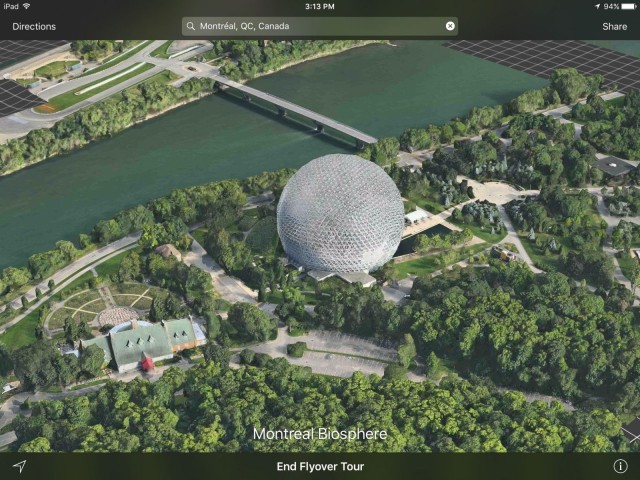 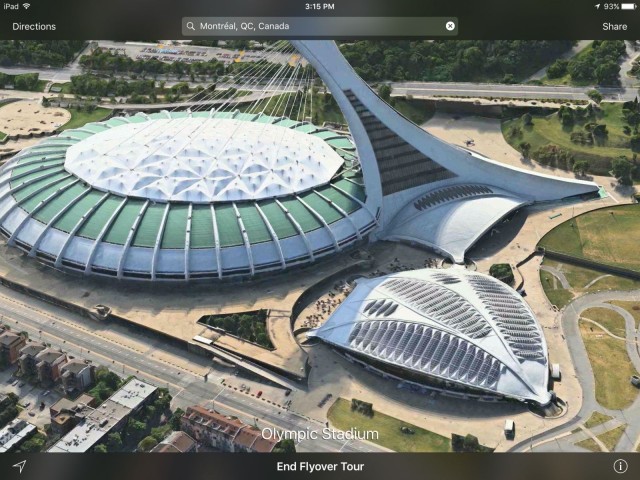 Montreal in Quebec, Canada is so underrated. The modern buildings there stand out beautifully on Flyover. From the Biosphere to the Olympic Stadium, there’s no shortage of amazing architecture. The city as a whole is just as gorgeous. 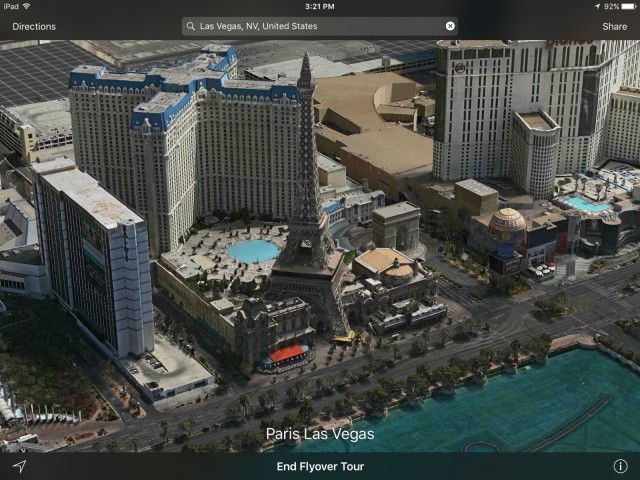 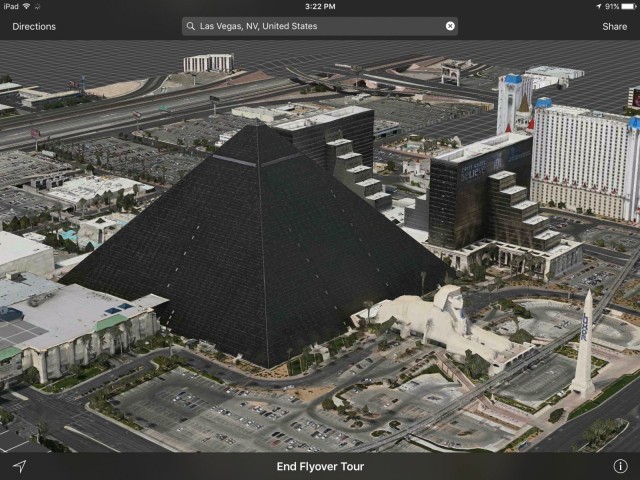 What happens in Vegas ends up on Flyover. The city is full of entertainment, and it’s plenty entertaining to just look at the city itself. From the Paris to Egypt lookalikes, you can find a small slice of just about anything to gaze at. If only Flyover had a night view… 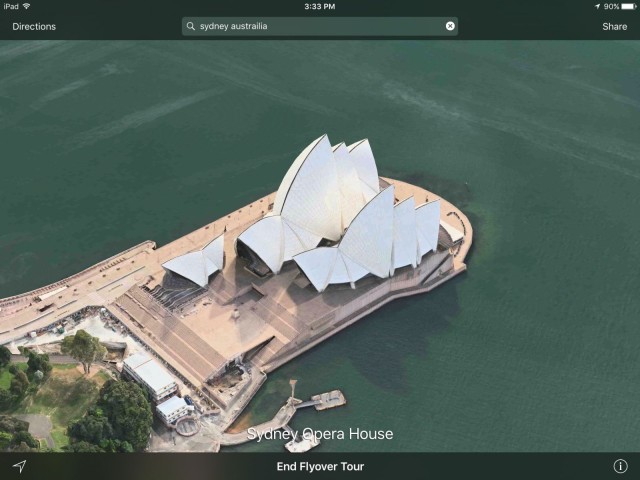 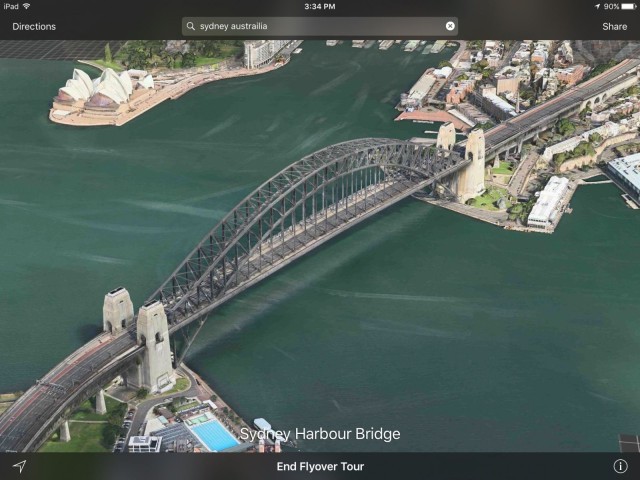 Sydney is another city with fantastic architecture. Don’t miss the Sydney Opera House and the Syndey Harbour Bridge, the first two stops on your Flyover tour. If you choose to browse the city manually, at least take in how even the busiest parts of Sydney still manage to stay vibrant and colorful. 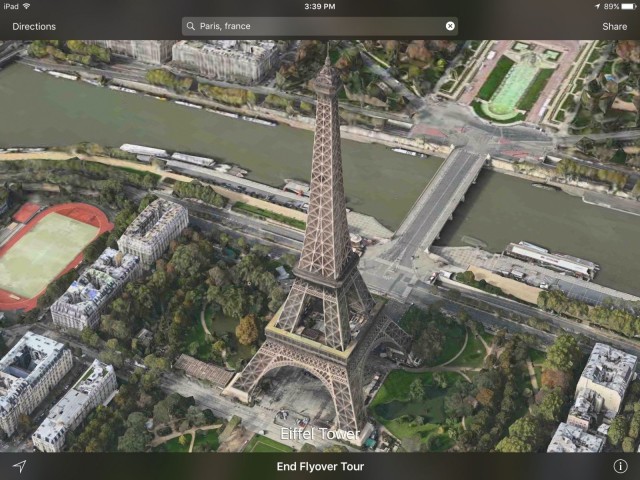 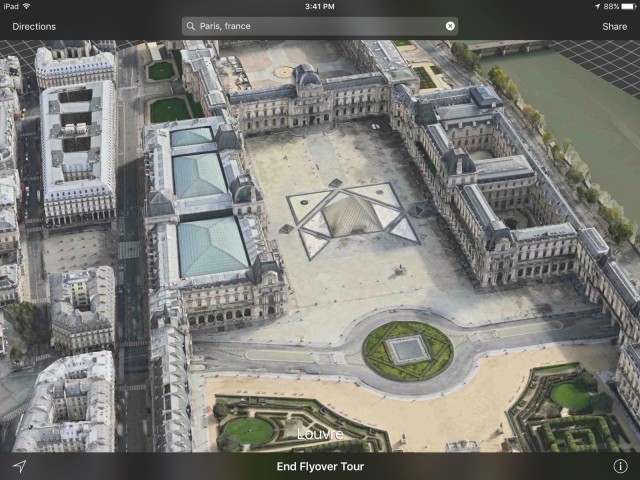 Well duh. Is anyone going to dispute that looking at a 3-D Eiffel Tower isn’t awesome? Plus it’s worth checking out other landmarks like the crystal clear Le Louvre. 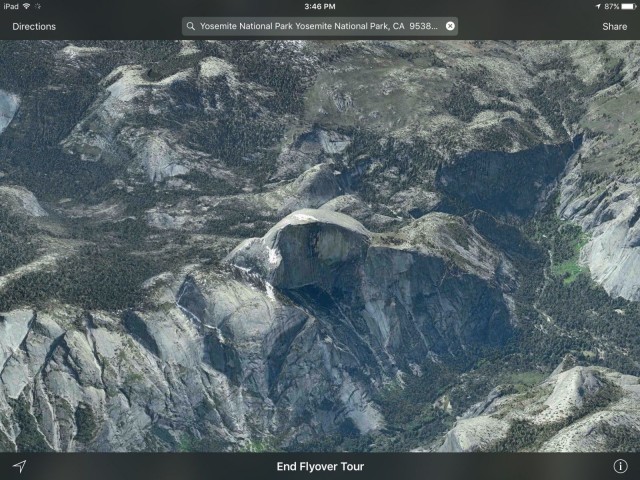 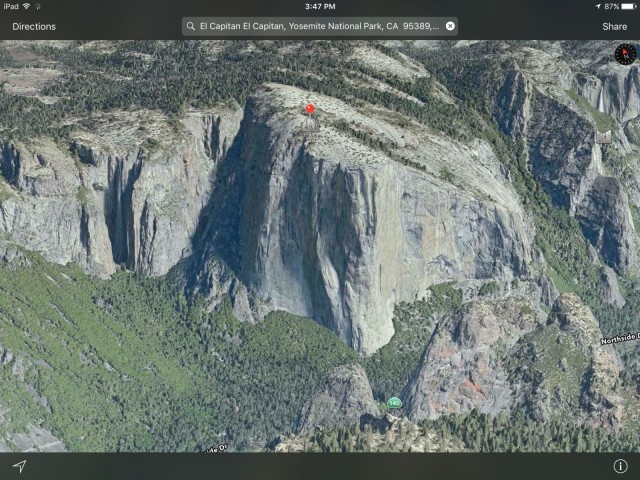 Let’s not forget that Apple named an operating system after this place – it must be pretty nice to look at. Even a specific mountain within the park – El Capitan – will soon debut to grace the list of Mac operating system names. 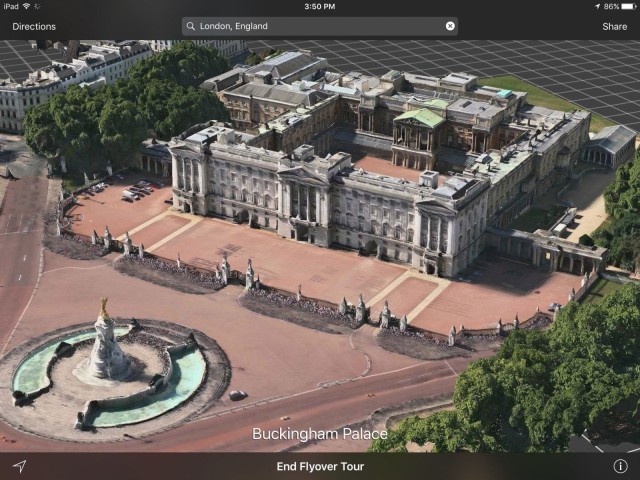 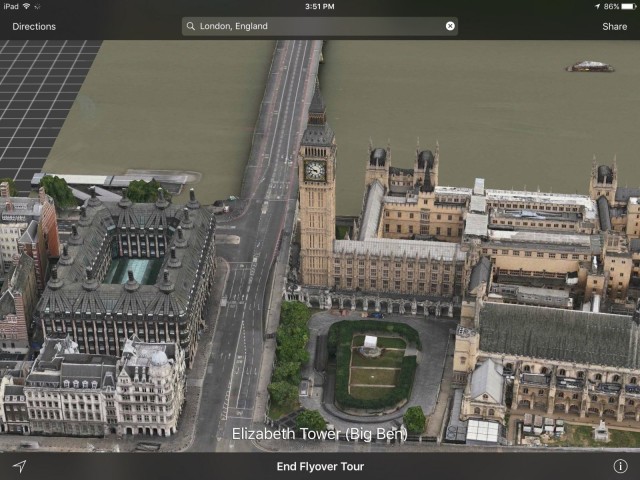 Here’s another no brainer. Like Rome, you can spend well over an hour looking through all that London has to offer. Check out the Big Ben or take a stop at Buckingham Palace. The city is colorful and creative with a fascinating mix of modernity and antiquity. 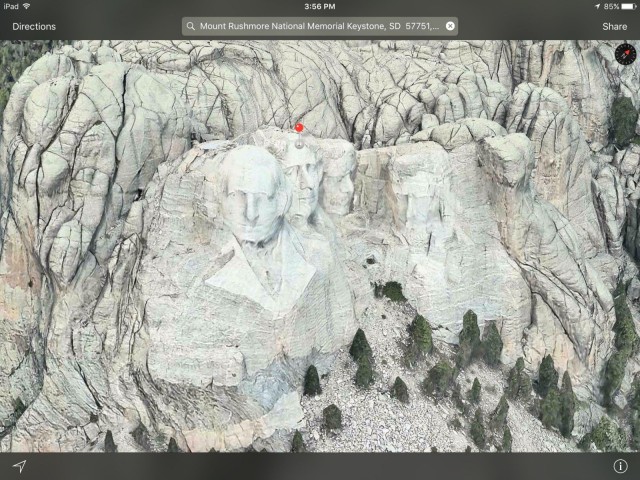 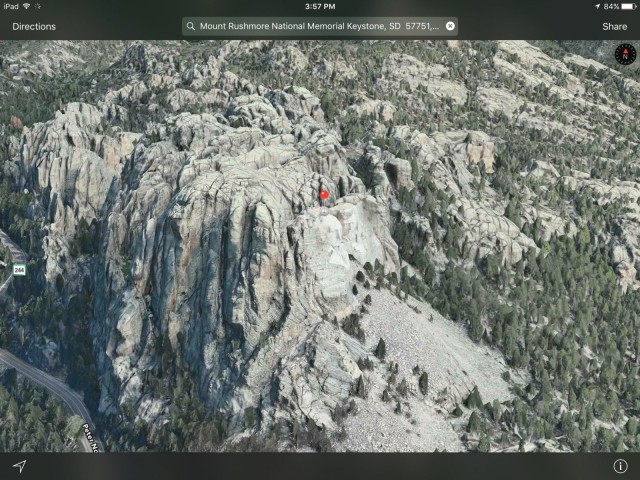 In between big cities, take a quick pick at Mount Rushmore in South Dakota. There’s not much to look at apart from the faces of four U.S. presidents, but that alone is worth your time. The sculpting game is so on point. 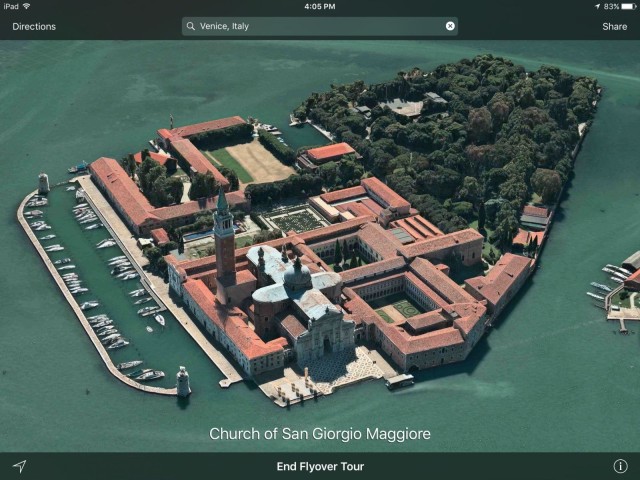 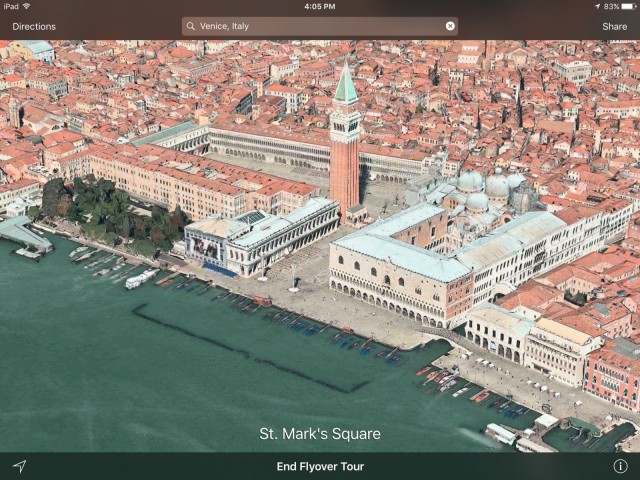 One of the newer entries to Apple’s Flyover list, it’s worth looking down at Venice. You immediately get a feel for how many people use the canals intertwined with the city as a means for transportation. Landmarks like St. Mark’s Square are nicely on display as well.