But while I admit to thinking the selfie stick pretty much represented the nadir of civilization and the beginning of the end for humanity, I spoke too soon.

It’s nothing compared to this monstrosity: the Selfie Arm. 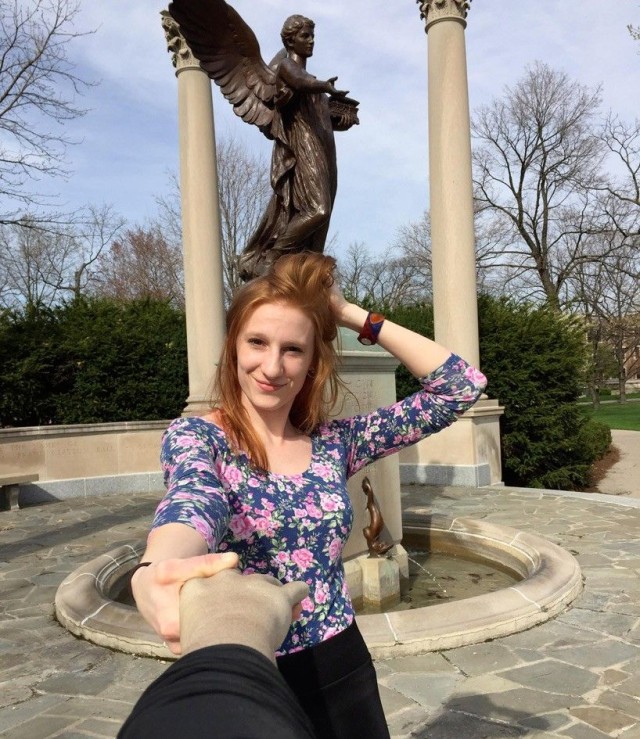 In short, the Selfie Arm makes it appear in photos like you’re holding hands with a (judging from the skin tone, possibly deceased) friend or partner, who apparently isn’t comfortable enough with you to actually appear in the picture. To people viewing the photo shoot live, however, you’ll look more like a crazy person who has just got done robbing a mannequin store.

To be honest, I’m not entirely sure which of these impressions is worse to give off. 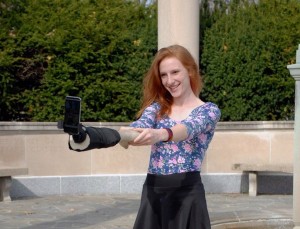 Fortunately, the Selfie Arm is not an actual product (yet), but rather a conceptual art project from artists Aric Snee and Justin Crowe. Cult of Mac reached out to the pair, who provided us with the following explanation of what they’re trying to provoke with the smartphone accessory.

If you like your selfies to come with references to “illusionary correctness” and the transformation of design into art, you’ve come to the right place:

“[B]y changing the context of a piece of work, where it is seen or used, the meaning can be changed. what once was art becomes design and likewise, what was design transforms into art. the differences between the two once separate disciplines are in a constant state of flux, at times entirely indistinguishable. residing somewhere in the middle, are artists aric snee and justin crowe, where they have honed their talents focusing on designs and works that challenge the dynamic of humans and technology.

fascinated by the idea of technology and its illusionary ‘connectedness’ and ‘sociableness’, snee and crowe created the ‘selfie arm’. the sarcastic solution to a quintessential problem — nobody wants to look alone while they mindlessly snap pictures of themselves — the product conveniently provides you a welcoming arm. ‘selfie arm’ is made of fiberglass, is lightweight and portable, and fortunately only a prototype. the collaborative project is a direct commentary on the growing selfie stick phenomenon, and the constant, gnawing need for narcissistic internet validation.”

I can’t be the only one who read that in a Jony Ive voice, can I?

Now let’s just pray the thing never gets made.