The war regarding whether Apple did or did not invent the USB-C connector witnessed a pretty decisive development this morning, as Apple was awarded a patent describing a slimline reversible input/output electrical connector for transferring a variety of data types including HDMI, audio, USB and video.

The patent was filed by Apple in the third quarter of 2013, but only published today. It names Eric Jol, Albert Golko, Mathias Schmidt and Jahan Minoo as its inventors: all current Apple employees, with the exception of Schmidt who now works at Nest Labs, founded by former Appler Tony Fadell.

USB-C was unveiled as Apple’s port of choice for its new super-thin MacBook at the company’s recent “Spring Forward” keynote. Among its many advantages is that it’s compact, super fast (roughly twice the speed of USB 3), can transfer power, and is reversible — so there’s none of the annoyance that comes with trying to plug a cable in upside down.

Given that Apple hopes the technology will become an industry standard, rather than just a proprietary one, the question of who invented it obviously carries considerable bragging rights. 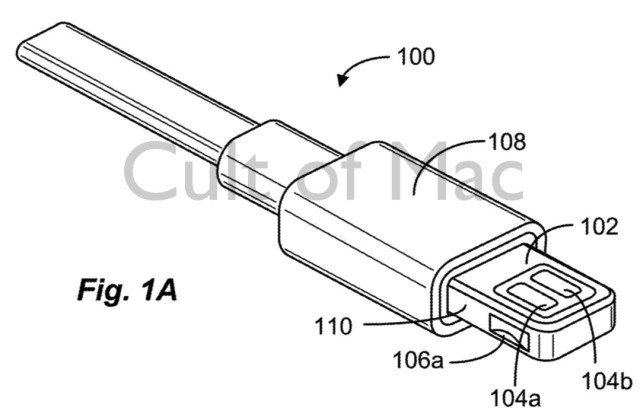 While Gruber has since elaborated on his statement to point out that Apple wasn’t the only company to have a hand in USB-C, that hasn’t stopped other tech sites like BetaNews publishing reports to rubbish the suggestion that the tech is predominantly an Apple invention.

It should be noted that today’s patent isn’t even the first one related to a USB-C type technology on the part of Apple, however. In the middle of last year, the company was granted a patent dealing with a reversible USB connector with many of the design hallmarks of USB-C.

We won’t know for sure until someone breaks down the whole story behind USB-C, but the more time passes, the less and less likely it looks that Apple was simply a bit player in the development of this next-gen technology.