It’s easy to see how Samsung ripped off the iPhone with the Galaxy S6’s hardware. The metallic frame with chamfered edges, antenna bands, and very familiar port positioning is blatantly taken from the iPhone 6.

It doesn’t get much more blatant than the stock keyboard on the new Galaxy: 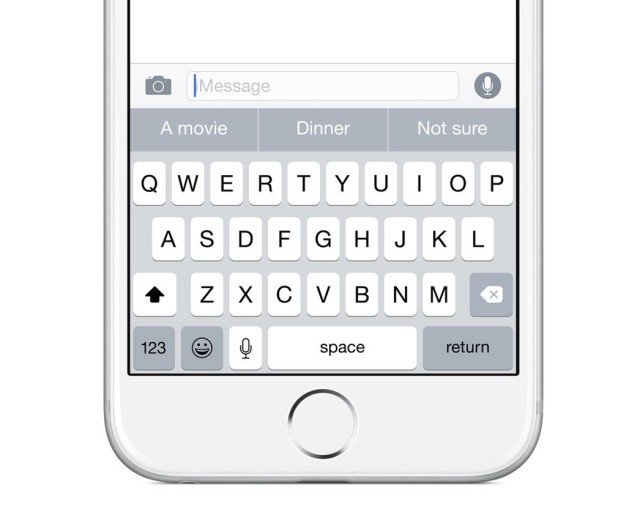 Sure, Samsung’s TouchWiz flavor of Android is quite different from iOS in a lot of ways, but these two examples alone prove that no number of lawsuits can keep Samsung from trying to steal Apple’s style.