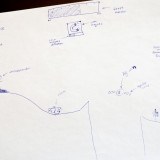 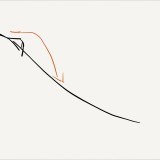 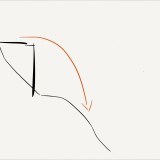 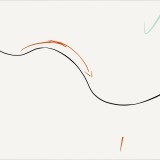 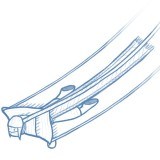 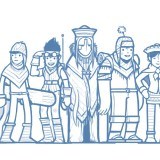 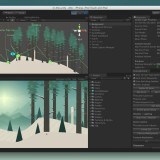 One of Ryan Cash’s favorite games growing up was GoldenEye on the N64. “One thing I remember so clearly is that the game was hard,” he recalled. “You couldn’t just beat the game on its toughest setting if you weren’t amazing.”

Luckily for Cash, his friend Bruno was a master at GoldenEye, and he would come over to unlock cheats. “He was the guy,” Cash remembered.

Most of us probably had a Bruno growing up. Back when you couldn’t pay $1.99 with Touch ID to unlock more gems or coins. Back when games were just as fun as mobile games are now, but also challenging and dependent on skill.

With Alto’s Adventure, out today in the App Store for $1.99, Cash and the rest of his team drew from the games they love to make something unique. They’ve created a game that’s not only really fun to play, but beautiful to behold. And unlike GoldenEye, there are no cheat codes to help you get ahead.

Based in Toronto, Canada, Cash is one half of the indie app studio Snowman behind productivity apps like Checkmark and Shifts.

Cash and his co-founder Jordan Rosenberg have been friends for over 20 years, and growing up they used to hit the Canadian slopes and snowboard together.

“Jordan was obsessed with Tiny Wings, and kind of got me into mobile gaming” explained Cash in an interview with Cult of Mac. “We often wondered why there weren’t really any snowboarding games in the App Store that had done well.”

They both loved the art and sound design in Tiny Wings. After making the simple, 80s-style game Circles together, they decided to try combining “a real-life passion with our passion to build apps.”

After some rough sketches, they added a lead designer from England to the project named Harry Nesbitt. While Nesbitt had never made a game before, he has a strong background in illustration, design and web development. He caught Cash’s eye with some amazing Breaking Bad art on Dribble.

At that point Cash knew Nesbitt had “the kind of artistic style we have in mind.” He and Rosenberg wanted “something unlike the typical cartoony App Store games.”

Drawing from games like Tiny Wings, Tony Hawk’s Pro Skater, Amped, and movies like The Art of Flight and Into the Wild, the team set out to design an endless runner.

“Considering how personal the idea was to Ryan and Jordan, the fact that they wanted to give me full creative control was incredible,” said Nesbitt, who recently designed the logo for Realmac Software. “I’m not a snowboarder myself, so I think I was able to come at it from a slightly different angle.”

“A lot of mobile games seem to equate being casual or lighthearted with this kind of bright cartoon-ish style that doesn’t appeal to me personally,” he said. “I know there’s a huge market for it, and it can be done really well, but it’s just not my cup of tea. I felt we could still be lighthearted, but perhaps approach it a little more tastefully and hopefully speak to a wider audience in the process.”

The visuals in Alto are gorgeous, especially the dynamic weather elements. But the music adds another dimension to gameplay. After playing it for the past few weeks, I recommend wearing headphones to get the full experience.

Playing Alto’s Adventure is dead simple: tap the screen to navigate the slopes, perform tricks, and avoid obstacles. There are 180 goals to achieve, like rescuing runaway llamas and grinding along village rooftops, but the game can be enjoyed without completing them. iCloud syncs game progress between devices if you want to play on an iPhone and iPad. Eventually you can unlock other characters and even a wing-suit, but only by playing.

“We wanted to go back to that old school gaming feeling”

“We wanted to build a casual endless runner style game that didn’t have any of the usual junk in it,” said Cash. “No ads, no in-app purchases, no ways to cheat. We wanted to go back to that old school gaming feeling, where you can only get the highest score if you’re the best.”

Monument Valley, another iOS-first game with a unique visual style from a small studio, made nearly $6 million last year. That’s nowhere near Candy Crush Saga’s $1.3 billion from in-app purchases, but it’s a sign that artistic, what-you-pay-for-is-what-you-get games are on the rise.

“Monument Valley and Threes definitely inspired us to stay premium, as at one point we were a little on the fence,” explained Cash. Games like Ridiculous Fishing, Flappy Bird, and Crossy Road that came out while Alto was in development (making the game took nearly three years between other Snowman projects) made it clear that ““old school difficulty” was alive and well on mobile.

It certainly helps that Apple has been quite favorable towards original, quality games in the App Store from small companies. If you check the front of the App Store today, there’s a giant “Indie Game Showcase” banner and a collection of non-freemium “Pay Once & Play” games.

Could Alto have in-app purchases one day? Maybe. But Cash said it would only be for unlocking additional content, like Monument Valley did with its Forgotten Shores release.

“I mean, freemium will always make the most money,” according to Cash. “But, it feels like people are starting to appreciate premium apps again.”