Saturday Night Live turns forty this year, and what better way to celebrate than by making a sizeable portion of the show’s most classic sketches available to enjoy whenever you want? With that in mind, a newly-launched iOS app boats more than 5,500 freely-available sketches, spanning the show’s entire four-decade (and counting) run.

Although SNL is already available on Netflix, the free app not only allows you to easily enjoy classic sketches on your subway ride to work, but also lets you search for appearances by individual cast members or characters — as opposed to having to trawl through entire episodes to get there. 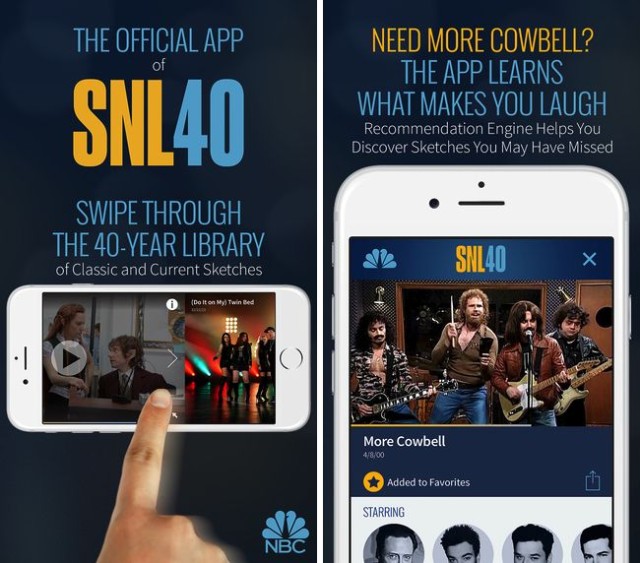 The app also features a YouTube-style recommender system, so that it will learn your preferences and direct you toward similar sketches you may not have seen before.

On top of this, there’s exclusive content that’s never previously been seen (which will extend to future shows through the current season), plus an “emoji keyboard” which lets users access 60 unique emoticons and text-messaging icons based on your favorite SNL comedy moments.

All said, it’s a great app that’s bound to be eaten up by fans — although sadly it’s only available if you live in the U.S.

For anyone old enough to remember having to be home at a specific time, to view a show they wouldn’t readily get a chance to re-watch (flashbacks to those painful days before my family got a VCR), it’s nothing short of amazing that here in 2015 we’re carrying around phones featuring countless hours’ worth of comedy gems.