The name of the next James Bond movie was announced earlier today and it is Spectre. Marking the return of Daniel Craig as Bond and Sam Mendes as director, the movie is set to land in theaters 6 November, 2015.

Taking a note from Steve Jobs's playbook, the reveal of this info and more was carried in Apple-like fashion by way of a live event, avidly watched via livestream by fanboys, the most vocal and passionate conveyors of film news on the Internet.

So with the name, cast, shooting locations and a few scant plot details now released, what are we hoping for from Bond's 24th (canon) spy thriller? Scroll through our gallery to find out. And remember: it's for your eyes only.

Skyfall's Javier Bardem set the bar high for villainous performances in Bond movies. What could be better than one great actor? How about two! By hiring both Sherlock's Andrew Scott (a.k.a. Jim Moriarty) and Django's Christoph Waltz, fans are already salivating at the prospect of two of the most memorable villains in Bond history.

The idea of Waltz as Ernst Stravro Blofeld, making his first appearance since 1981's For Your Eyes Only, is just perfect casting. As for Scott? There's no guarantee he'll play a baddie, but it would be a shame not to let him show off his villainous chops. Perhaps he could be Blofeld's No. 2, complete with eyepatch?

It’s been years since we had a great henchman in a James Bond film. By my reckoning you’d be looking at Xenia Onatopp in 1995’s GoldenEye, which will be 20 years ago once the new Bond movie comes out. (Xenia was also a henchwoman, but it still counts!)

As memorable as Francisco Scaramanga and Auric Goldfinger undoubtedly were, when it comes to the villainous characters who really stick in our minds it is Jaws, Baron Samedi, Oddjob, Rosa Klebb and Red Grant all the way. By hiring former WWE wrestler Dave Bautista fresh off his role in Guardians of the Galaxy, we're excited at the possibilities. According to casting notes, he'll play a character named Hinx -- not to be confused with Halle Berry's Jinx in Die Another Day.

The Bond movies have always been known for their superb practical stunts. From the corkscrew car stunt in The Man With The Golden Gun to the GoldenEye's dam jump, these real world feats impress more than ever in a world inundated with CGI. In fact, with the right scientific measuring tools you could probably establish the exact correlation between the clunky CGI tidal wave surfing in the awful Die Another Day and the point at which I stopped caring about seeing Pierce Brosnan as Bond.

With the exception of the awful CGI komodo dragons and unnecessary Raoul Silva deformation in Skyfall, director Sam Mendes seems to steer clear of computer trickery. Hopefully that continues into the next movie, too. Even a bad Bond movie can be made good with an impressive stunt — as For Your Eyes Only proved, with stuntman Rick Sylvester’s 100 foot leap off a mountain.

Both Casino Royale and Skyfall took us back to points earlier in James Bond’s career: helping flesh out a character that, even after 50 years on screen, is often unknowable. According to its producers, Spectre will tell the story of, "A cryptic message from Bond’s past [which] sends him on a trail to uncover a sinister organisation."

What could fit more perfectly than some more flashbacks of Bond's past: showing us how he first entered the world of MI6 and, perhaps, just how far back SPECTRE's roots go? We’ve heard dribs and drabs of Bond’s origin over the years, but fans would love to know more. And I can’t be alone in thinking that.

Like sinister henchmen with zany gimmicks, secret lairs have been gradually phased out in recent years. Perhaps not coincidentally, just as GoldenEye gave us the last great henchman (or henchwoman) so too did it feature the last true evil hideaway, hidden beneath a lake.

The Austin Powers movies lampooned the cliché of the sinister secret base, which probably helped scare future Bond directors away from trying any such thing. But whether it’s a volcano lair (You Only Live Twice) or an undersea bunker The Spy Who Loved Me), deep down all of us love a high-concept hideaway filled with death traps. And with Blofeld and SPECTRE -- the fictional terror group Special Executive for Counter-intelligence, Terrorism, Revenge and Extortion -- both returning, now's the perfect opportunity. We wouldn't expect anything less from an evil genius.

While M’s relationship with Bond provided the heart of the last James Bond movie, for years the series' emotional center (and comedic highlights) came from 007’s interactions with Q, played by Desmond Llewelyn. After a brief misstep with John Cleese as R in The World Is Not Enough, Skyfall introduced MI6’s latest quartermaster, played by whippersnapper Ben Whishaw. He and Bond only got one real scene together, but it hinted at what could be a fantastic comedy pairing going forward: only this time with Q as the the younger man and Bond the aged veteran. Which is probably how it should be.

Casino Royale got us back into Ian Fleming territory, by adapting the last book that hadn’t previously been turned into a (canon) James Bond movie. While there are no more Fleming Bond novels to bring to the screen, there are still plenty of story elements that have yet to be incorporated — such as the deadly garden owned by Dr. Shatterhand (a.k.a. Blofeld) in the novel You Only Live Twice, or the way Drax is outed as a villain because he cheats at cards. 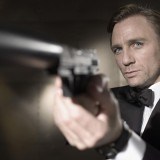 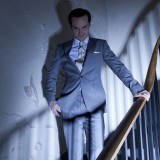 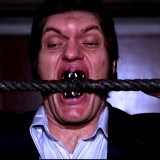 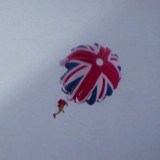 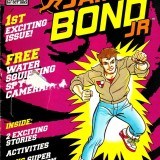 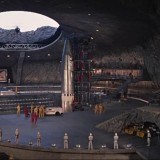 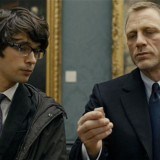 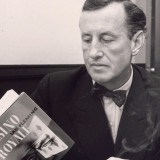