Apple has made big improvements to the iPhone camera with each successive release, and while the iPhone 6 didn’t get a huge new sensor, the redesigned 8MP sensor is better than any camera Apple’s ever made.

To see just how well the iPhone 6 stacks up against every other iPhone camera Apple’s released, Lisa Bettany took the same shots with the original iPhone, 3G, 3Gs, 4, 4s, 5, 5c, 5s and iPhone 6 and found that along with the faster shooting and focus, images taken with the iPhone have greater detail and are significantly better in low-light.

Here’s a comparison of back-lit photos: 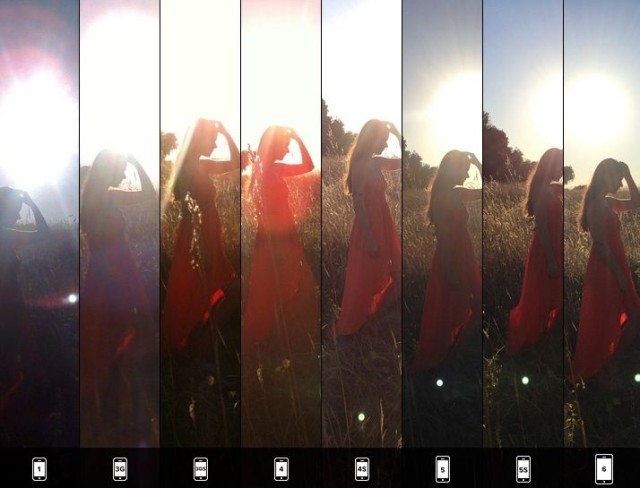 In our official iPhone 6 Plus review, Killian found the new camera to be best smartphone camera you can buy, with clear and crisp pictures that have terrific colors.
The new camera modules include dedicated sensor pixels (the Focus Pixels) that take two images from different parts of the lens and compare them. If they line up, the image is in focus. If not, the sensors know how far apart they are and instantly adjusts the focus.