One of the cons of owning an iPhone on Verizon has been the inability to make a call and use data at the same time. The old restriction is finally going away with the introduction of Voice over LTE (VoLTE) in the Verizon iPhone 6 and 6 Plus.

Verizon has added Apple’s newest iPhones to its list of devices that support “Advanced Calling” on its 4G LTE network, reports MacRumors. Owners of the new phones can check to see if the feature is enabled under the Cellular section of Settings. 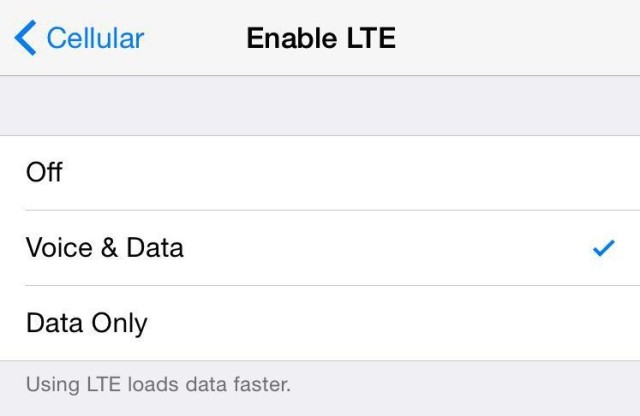 The way the feature works is by Verizon’s treating voice calls like another form of data. Other newer phones like the Samsung Galaxy S5 and LG G2 also support VoLTE. Another benefit of VoLTE is that call quality is improved by what Verizon calls HD Voice.

AT&T has its own version of HD Voice, but its network has already been able to handle traditional voice and data at the same time.