The tagline of the ad references the so-called Fappening, the release of countless celebrity nudes stolen from Apple’s iCloud servers. It reads: “We the people want our money safer than our selfies. PayPal, protecting the people economy.” 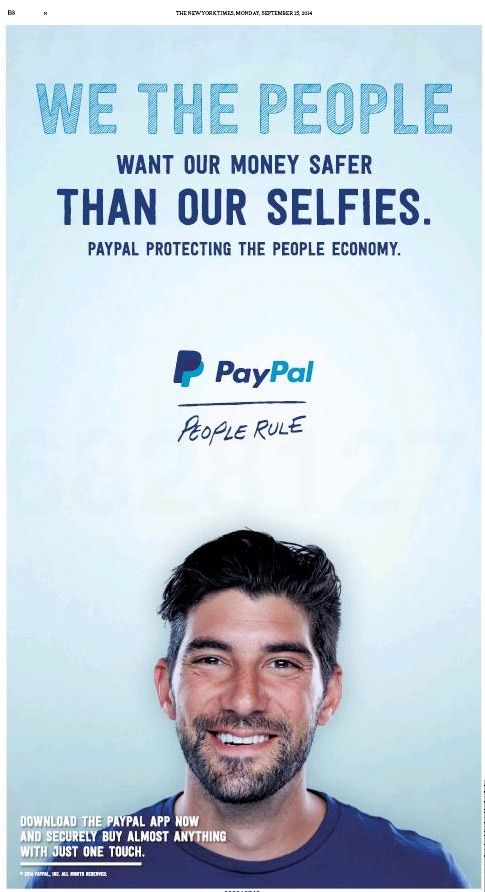 PayPal has a dubious security record of its own. As Pando Daily notes, PayPal’s two-factor verification was recently shown to be wildly unsafe, and parent company eBay has had its network breached in recent months as well.

Even so, it shouldn’t be a surprise that competitors are attacking Apple. Although Cupertino argued that the leak of celebrity nude pics wasn’t a “breach,” it still made Apple look bad at a time when the company was expecting people to not just trust them with their selfies, but with their bank accounts as well.

No wonder, then, PayPal is kicking Apple when the company is down. PayPal has a lot to lose if Apple Pay becomes dominant. That’s not stopping PayPal from putting forward a nonchalant attitude about Apple Pay in public, though.