For years now, the tiny 5-watt charger that has shipped with the iPhone has gone more or less unchanged. But according to a new report out of China, this fall, Apple will ship a new, squatter charger with the release of the iPhone 6.

Like an iPhone charger on junk food, leaked pics show that the new charger will no longer be a perfectly round square, but instead longer than it is tall, with indentations on each side to make it easier to push or pull out of a wall. 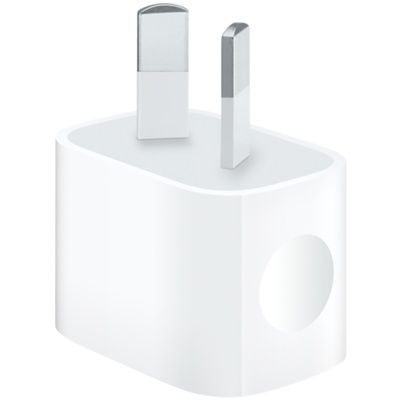 As some commenters have already noticed, this new charger looks a lot like the Australian iPhone charger, except with U.S. prongs instead of an Australian configuration.

There’s no proof that these shots are legitimate, but if they are, it raises questions as to why Apple is changing the design after all this time. My guess is that having a more rectangular shape would allow an iPhone charger to more easily fit into crowded electrical sockets or powerstrips, but that’s only supposition. Anyone out there got any better theories?