The above chart is for the second quarter of 2014. Apple’s cash cow has been the iPhone for years, and it’s easy to see why; no one comes close to raking in the same kind of profit off hardware.

Apple’s profit dominance is astounding, and the 108% total doesn’t make sense mathematically at first glance until you consider that every other phone maker is losing money or breaking even at best. They bring negative numbers to the equation, which skews the total.

Canaccord’s last report showed that Apple and Samsung had 106% of profits combined, with Apple collecting 65% and Samsung only 21%. The numbers aren’t much different this time around except that Samsung is actually on the decline while the iPhone is on the rise.

Why? Samsung has been taking a pounding in key markets like China, where Xiaomi’s iPhone knockoffs reign supreme. 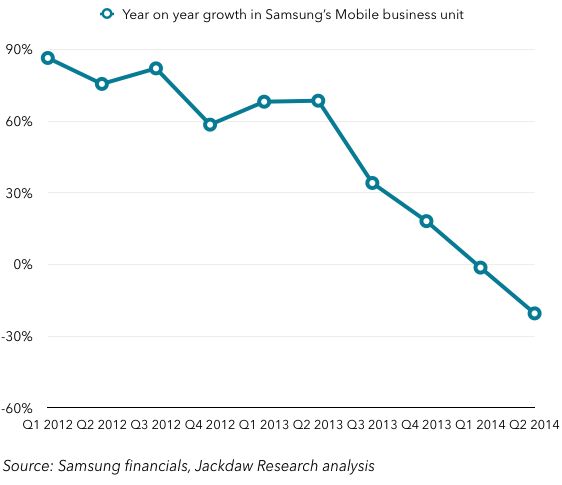