Few CEOs can hold a candle to the wrath and fury of Steve Jobs, but when it comes to epic rants, Christian Bale can certainly hold his own against el Jobso, which might make him the perfect person to play Steve in the Aaron Sorkin written film from Sony.

Director David Finch is keen on getting the Dark Knight into Steve’s black turtleneck, according to a report from The Wrap, which says the director has pegged Bale as his top choice to play Steve Jobs. 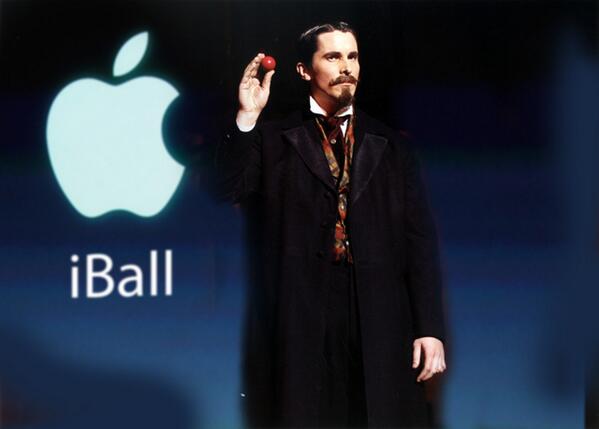 David Fincher hasn’t even officially signed on to direct the movie, though rumors surfaced last month that he’s in talks to direct the biopic.

Sony’s Amy Pascal reportedly met with Fincher recently to discuss bringing him onboard to direct, but the acclaimed director told Pascal he will only take the reins of the project if Bale joins too.

Pascal and Fincher have a tense relationship after working on Girl With The Dragon Tattoo but her relationship with Christian Bale is pretty good after working on American Hustle together, so she might be able to convince the actor to fill Steve’s New Balances. Jobs knows he’d give a better performance than Kutcher.