Thanks to the rise of the iPhone and iPad, Windows users are switching over the Mac in greater number than ever. If you’ve spent your entire computer life playing in Windows, you’ve probably accumulated quite a few apps in your toolkit that are Windows-only and letting them go during the switch ain’t easy.

For those Mac users that are having trouble letting go, but don’t want to throw down money on a new Windows-license just to use a couple apps, CrossOver 13 for Mac will let you install and run popular Windows software without having to reboot into a separate Windows partition. 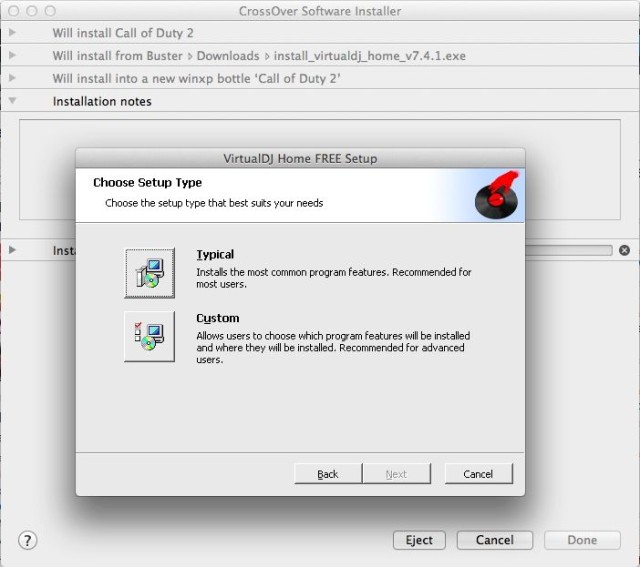 CrossOver 13’s biggest strength is how light it is on your Mac compared to the other options of dual-booting Windows with Bootcamp, or installing a VM like Paralells. At $59.99 it’s not exactly cheap, although it’s competitively priced against Parallels ($79.99), and you forgo having to drop an extra $199 on a Windows OS license.

Using CrossOver was surprisingly easy. You don’t have to worry about allocating space to separate partitions and everything loads very quickly. You can emulate multiple different Windows OS environments by utilizing the handy Bottles feature, in case you know something that still runs best on Windows 7, or if you’re still nostalgic for your vintage Windows 95 software.

The program has an updating list of compatible apps so you have some kind of certainty whether your favorite stuff is supported, though performance varies depending on the app. The hassles and distractions are pretty minimal, but so too are the onscreen instructions. Users aren’t totally helpless though as the app comes with access to technical support via email or phone support for paying customers.

While CodeWeavers hasn’t made their app available on the Mac App Store yet, the download and installation process was straight forward. The app has a free 14-day trial period and then if you like it you can unlock the full version for $59.99

The lack of instructions when you open the app for the first time makes the initial experience quite confusing. CrossOver’s launch page boasts that it’s so simple to use – “Step 1: Install Windows Software. Step 2: Run Installed Software.” And that’s it. No quick info on where to start to install software or where to go to run it. I was able to orient myself after a few minutes of diddling around, but novice Mac users will need more of a guiding hand when they start out. 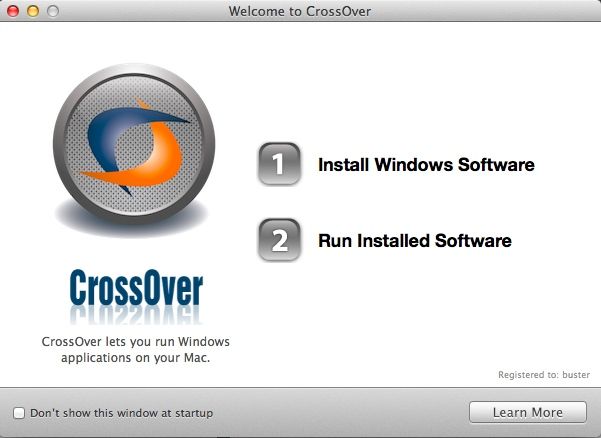 I gave up  trying to have my Mac and eat Windows apps too, thanks to years of going through the tedious act of rebooting into Windows just to play games and then rebooting back to OS X each day. Eventually it just wasn’t worth it. CrossOver makes that grinding annoyance non-existent and gives users a powerful and affordable way to keep your Windows apps without leaving the beauty of OS X.