I drive a 10-year-old Nissan Xterra. When I see new vehicles with technology like Ford Sync and Siri Eyes Free, I get jealous of the ability to send texts and answer phone calls without touching my iPhone. The most advanced thing my car can do is play audio from my iPhone through a stereo jack in the radio console.

Combine the lack of cool tech in my whip and my obsession with the latest gadgets and I was immediately intrigued back in March when I heard about Automatic, a hardware/software startup based in San Francisco that’s pitched as a smart driving assistant. Unlike an expensive add-on that has to be installed by a dealer, the Automatic Link is a $100 dongle (Amazon link) that can plug into the car’s data port found somewhere under the steering wheel. It communicates over low-energy Bluetooth to an iPhone app that records your driving, analyzes your mileage, reads your check engine light, helps you find your parked car and more.

The feature that sold me was the ability to see what was causing my engine light to come on—a problem that has ruthlessly followed me with every vehicle I’ve owned so far. I immediately preordered and my Automatic arrived mid-October.

After using Automatic for about a month now, it’s real usefulness is starting to show. There are features about it I love, and it’s shown me how everyday technology, like an iPhone, can enhance the car experience. The Jetsons-like future of transportation isn’t here yet, but Automatic is a precursor of what’s to come. It gets me excited about how our personal computers will interface with cars in 10 years. 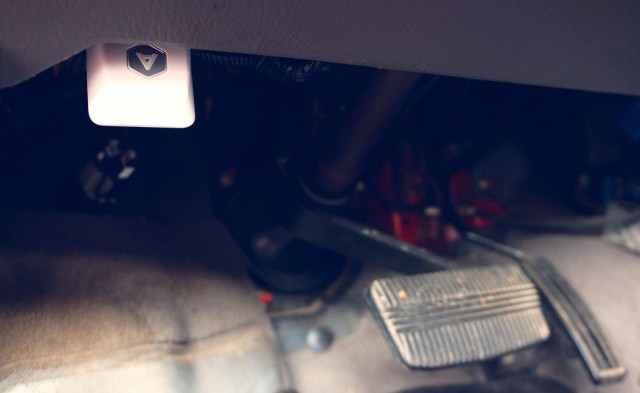 Set up took about 10 minutes. It took a few tries to pair my iPhone with the Automatic Link, but it ended up working. Thanks to Bluetooth 4.0, the iPhone and Link can pair automatically ever time you start your engine.

Automatic really is a smart driving assistant in the sense that it doesn’t force you to change the way you drive.

“We work really hard to make it more informational as opposed to judgmental.”

“We work really hard to make it more informational as opposed to judgmental,” Automatic Labs chief product officer Ljuba Miljkovic told Cult of Mac. The beautiful iPhone app shows you a dashboard of the week’s driving activity. Sitting front and center is your driving score, a 100 point-based system that grades you on your driving performance. It’s designed to be like a fitness tracker for your car. Automatic tracks hard brakes, rapid accelerations and minutes spent revving over 70 mph to calculate your weekly score. 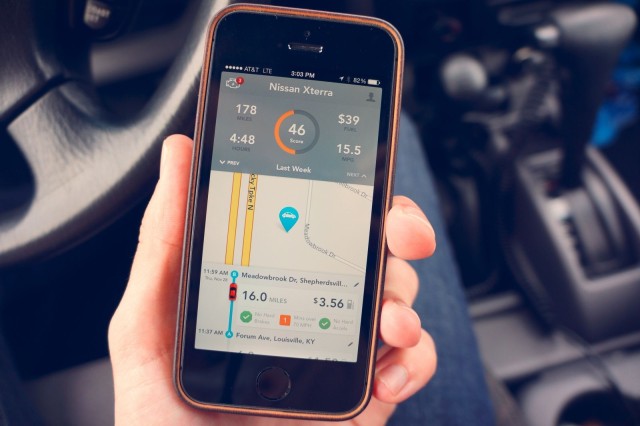 While using Automatic, I never really paid attention to my driving score, but I see its value. It’s the same design that’s used by companies like Nike to get people fit; behave the right way, and you’ll be rewarded with points.

If your driving score is below 50 points, you’re probably driving too recklessly and burning fuel unnecessarily. If you’re above 80, you’re much better on the road than the average taxi driver. I fall somewhere in the middle and over the past couple weeks I’ve noticed that my score has been improving. This is mainly due to audio feedback the Link gives you while driving. Brake too hard or accelerate too quickly, and the tiny Link plays an alert noise from beneath your dashboard. Like training a dog with a whistle, the goal is that the noise helps point out bad habits, and by extension reinforce the correct behavior into your psyche over time.

Automatic addresses a different niche than what other companies are doing in the automotive industry.

Not about connecting the phone with the car, but the car with the phone

“A lot of what you care about is not necessarily relevant when you’re driving,” Miljkovic explains over a phone call. Automatic doesn’t serve the same purpose as Apple’s iOS in the Car initiative or HondaLink. You can’t use it to respond to texts or check the weather with your voice. Instead, the engineers at Automatic Labs are looking to evolve how we use our vehicles by utilizing the powerful computer we always have with us, a smartphone. The focus is not so much about connecting the phone with the car, but the car with the phone. 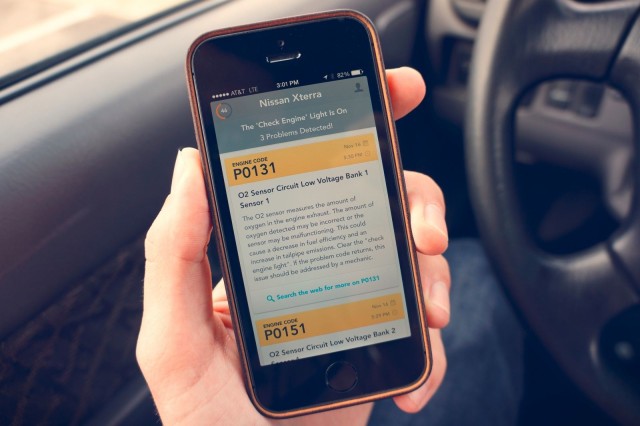 For instance, the Link can read about 1,000 EPA-mandated, error codes in just about every car to determine what problem is triggering the “check engine light.”  Miljkovic tells me that the most common reason that ominous sign gets triggered is a benign loose gas cap — something you shouldn’t have to pay $75 to learn from a mechanic.

Open the Automatic app and you can see what exact codes are detected complete with descriptions. If it is a more serious problem, you can find a nearby mechanic using Yelp’s search engine inside the app or, if you know it’s likely to be the gas cap, clear the engine light. Further car integration is in the pipeline, like being able to check your car’s battery life.

There’s plenty of opportunity for the Link to get smarter

Between the hardware in the Link and iPhone, Automatic has access to GPS, accelerometers, gyroscopes, etc. Looking ahead, there’s plenty of opportunity for the Link to get smarter with how it interacts with the iPhone. Automatic has pretty deep access to a car’s sensors and Miljkovic tells me it could detect hard turns and possibly even lane changes in the future.

A scenario I can imagine is that I’m traveling and Automatic reads my gas sensor to realize that I’m running on a low tank. Because the Link can communicate with my iPhone’s GPS and cellular connection, it knows that I should stop soon. A notification could pop up telling me I should stop with directions to the closest gas station. Or if I haven’t had an oil change in awhile, Automatic could alert me.

Miljkovic says the Link has been future-proofed to support software updates for the foreseeable future. The top priority has been fixing Bluetooth pairing issues, which is a problem I’ve come into contact with on multiple occasions. As iPhone hardware and Bluetooth gets better, Automatic gets better.

The main question now is whether Automatic is worth a $100. If you’re a college student like myself or on a budget, I would recommend it with hesitancy merely because the product is still in its infancy stage. In a year, I think Automatic will be able to do a lot more (there are several existing features I haven’t mentioned) and, in turn, make more sense as an impulse buy. A way to justify the cost is that you’ll save money over time by driving more efficiently. I paid for my Automatic, and I don’t regret it.

I see Automatic as the kind of company that’s looking to bridge the gap between everyday technology and the automotive industry. I’m excited to be along for the ride.

Automatic is available from Amazon.
And Apple’s online store.